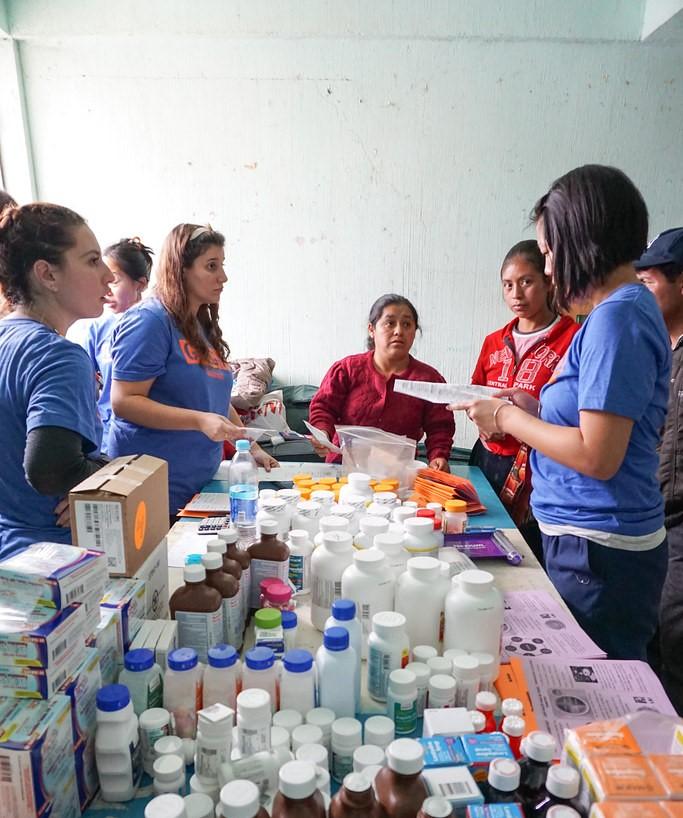 In IQVIA's latest 5-year forecast through 2025, the life sciences analytical institute says COVID-19 increased spending on pharmaceuticals by $88 billion, or a compound annual growth rate (CAGR) change of 4.6%, compared with 4.5% if the pandemic hadn't happened.

The 50-page report looks at how the pandemic affected medicine use, pharmaceutical markets, and various therapeutic areas, as well as the world's general growth rates and spending.

While COVID-19 vaccine spending is projected to add $157 billion to the market through 2025 (range, $73 billion to $213 billion), the authors say the pandemic caused a $68 billion loss due to disruptions. Overall, excluding COVID-19 vaccines, market spending will look largely similar to pre-pandemic times and should result in a 3% to 6% CAGR, according to the report.

"Perhaps the largest uncertainty in the next five years will be the potential impact of economic factors on countries' budgeting and whether there will be shifts in policies regarding healthcare and medicine spending," the authors write. "It is expected that the pricing and value of medicines will be under increased scrutiny during this period, but this was an event that was already underway in most developed markets and an increasingly key issue in the U.S. market."

While the report's methodologies focused on purchasing patterns rather than defining shortages, the IQVIA authors observed a purchasing increase across all medicine types—new/investigational, common intensive care unit (ICU), acute therapies, and chronic—sometime from February through May in both developed countries and what the authors call "pharmerging" countries.

(Pharmerging countries—fast-growing emerging markets targeted by pharmaceutical companies—are led by China, India, Russia, and Brazil, and all have a per capita income below $30,000 per year and a 5-year absolute growth in pharmaceutical greater than $1 billion.)

Developed countries saw significantly higher percentage increases than pharmerging countries in new/investigational treatments or common ICU drugs (about 145% vs 125% and 125% vs 110%, respectively). Acute and chronic drugs had comparable peaks and about 110% increases.

The authors say a variety of factors contributed to what they call "abnormal purchasing patterns" across companies and individual patients, such as concerns about how COVID-19 would affect the drug supply chain, increased ICU treatments, and attempts to find and identify COVID-19 treatments.

For instance, rescue inhalers were more frequently used in the ICU. Patients stockpiled chronic therapies early on based on the advice of some healthcare providers or personal concerns. And over-the-counter drug purchases for calming, sleeping, or mood drugs increased by 14.3%.

The authors write that spending on acute therapies such as antibiotics and pain medication fell during stay-at-home orders. High blood pressure treatment purchases were also below the expected volumes after the initial COVID-19 surge, which the authors say could indicate that some patients have been going untreated.

The data showed that medicine use recovered for most countries by the end of 2020, but there was a 10% variability. Developed countries had recovered gross domestic products up to 95% or higher of pre-pandemic levels, and stockpiling had ceased. Still, the authors said some countries with the greatest impact on daily dose volume were hit later in the pandemic, so disruptions may continue through parts of 2021.

"Consistently, pharmerging markets have lower per capita use of medicines, often with significant economic disparities within the countries, meaning aggregate impact on volume may be masking more significant impacts on individual patients," they explain.

The authors say that, with the current manufacturing capacity, 70% of the world could be fully vaccinated against SARS-CoV-2 by the end of 2022, and beyond that, people will probably receive biennial booster shots. Despite news stories of vaccine companies such as Pfizer possibly raising the price of their vaccines after the pandemic, the authors believe that cost per dose will eventually decline because of competition, more one-shot options, and future usage in low-price countries.

The authors also predict that other therapeutics for COVID-19 will see increased demand as well as indirect pandemic consequences, such as substance disorder, mental health, or delayed diagnostic needs. The report does not, however, highlight quantitative predictive data for this.

Besides COVID-19 vaccines, the leading growth areas in the pharmaceutical market continue to be oncology and immunology.

Oncology will probably add about 100 new treatments and is projected to account for 9% to 12% CAGR over the next 5 years, increasing global spending almost $100 billion to reach $273 billion. As for immunology, growth should be about 10% CAGR and spending should hit about $175 billion by 2025, and researchers note that biosimilar competition will hit US immunology medicines particularly in 2023, when adalimumab biosimilars will launch. New therapies could also see significant growth, but key areas of interest such as Alzheimer's or Parkinson's have less certainty still.

"Therapy areas with lower growth in the next 5 years than in the last 5, including lipid regulators, anti-ulcerants, dermatology, and cardiovascular, are consistently more focused in more traditional therapy areas where fewer new launches have happened and where savings from losses of exclusivity are contributing to lower growth," the authors add.

IQVIA found that almost all countries are expected to have a lower growth rate through 2025 when compared with the previous 5 years, and the authors say that global growth that does occur will be driven by the pharmerging market. (Growth is different than absolute spending, which the authors say will be driven by developed countries.) In general, the average of new active substances launched per year is projected to be between 54 and 63, whereas in the past 5 years the average was 52.

The United States remains the top market for healthcare spending, at $527.8 billion, according to the report—in 2020, China spent the second most, but only 25.4% of the US total. Overall, the nation is forecast to grow between 0% and 3% CAGR over the next 5 years, compared with 3% from the past 5 years.

"In addition to discounts and rebates, ongoing market dynamics around the use of medicines, the adoption of newer treatments, the impact of patent expiries, and new generic or biosimilar competition will all contribute to historically slow market growth in the U.S. for the next five years," the authors conclude.