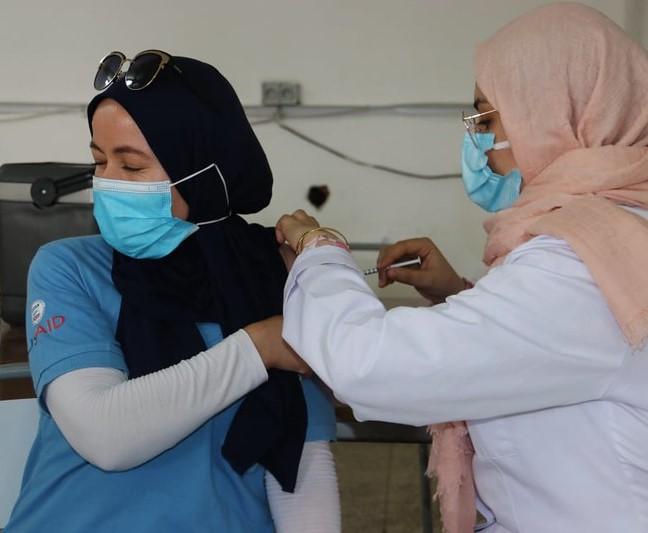 Alongside a new 500-million COVID-19 vaccine dose pledge yesterday from the United States to help bridge the world's supply gap for lower-income countries, several other countries announced fresh support, the World Health Organization (WHO) and its partners said today.

The pledges came in response to a mostly virtual global COVID-19 summit, hosted by US leaders and held on the sidelines of the United Nations (UN) General Assembly meeting under way in New York this week.

Pledges, with pleas for urgent follow-through

In a statement today summing up major announcements that came at the summit, the WHO said Sweden pledged an additional $243 million in cash contributions and vaccine that it will make available in 2021 and 2022.

Other dose donations came from Japan, with a pledge of 60 million doses, Italy with 30 million, and Spain with 7.5 million. Denmark announced at the UN General Assembly that it would double its dose donation, which will now total 6 million.

In another development, Team Europe added to its previous pledge, which now totals 500 million vaccine doses by the middle of 2022.

The United States and the European Union also announced a joint agenda for battling the pandemic, which emphasized dose sharing and supporting critical readiness activities.

In another shot in the arm for global dose-sharing efforts, the US International Development Finance Corporation (DFC), which functions as the US development bank, said it would provide $383 million in political risk insurance to Gavi, which is facilitating COVAX shipments.

The step will help Gavi manage its financial risk and navigate financial hurdles with governments that are buying vaccine through the COVAX program. It will also allow Gavi to pre-purchase 2 billion vaccine doses directly from manufacturers and allocate them quickly and equitably.

UNICEF Executive Director Henrietta Fore welcomed the renewed commitments and praised countries that made the new pledges, but she also pressed them to urgently fulfill their promises. "Low-income countries can no longer wait. We urge dose-sharing countries to accelerate their donation plans," she said in the statement.