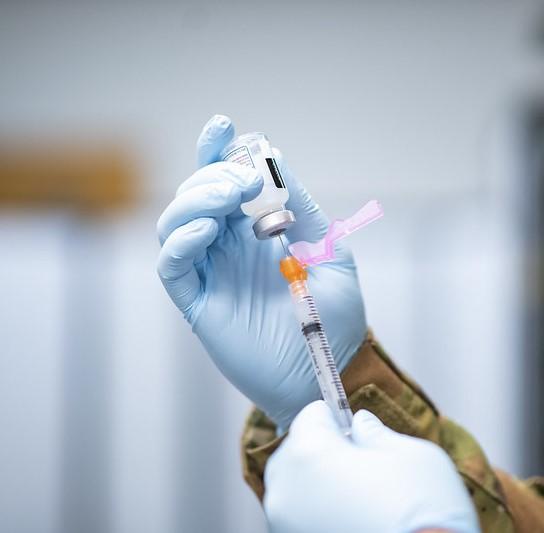 A modeling study led by Centers for Disease Control and Prevention (CDC) researchers estimates that COVID-19 vaccination averted 27 million infections, 1.6 million hospitalizations, and 235,000 deaths among US adults from December 2020 to September 2021.

In the study, published yesterday in JAMA Network Open, the researchers extrapolated the number of COVID-19 infections and deaths from hospitalization data from Dec 1, 2020, to Sep 30, 2021. Then they combined the estimates with data on vaccine uptake and effectiveness to estimate the risk of infection, hospitalization, and death.

Vaccination was considered two doses of the Pfizer/BioNTech or Moderna vaccine or one dose of the Johnson & Johnson version.

Regional variations due to vaccine uptake

"Some of the variation in regional-level impact may be explained in part by differences in age," the researchers wrote. "For example, deaths are predominantly experienced by older age groups; thus, regions that have a higher proportion of older individuals may have a higher percentage of deaths averted in the total population despite having lower vaccine coverage."

The authors noted that their estimates are conservative yet illustrate the direct benefits of COVID-19 vaccination.

"This study's findings indicate that COVID-19 vaccination in the US has provided substantial protection against infections, hospitalizations, and deaths," they wrote. "Future models and analyses could estimate the impact of vaccination among individuals younger than 18 years, the benefits of partial vaccination, indirect benefits of vaccination on disease transmission, and the impact of additional primary or booster doses."

In a related commentary, Malia Jones, PhD, MPH, of the University of Wisconsin; Karim Khader, PhD, MStat, of the Veterans Affairs (VA) at Salt Lake City Health Care System; and Westyn Branch-Elliman, MD, of the VA Boston Healthcare System, said that while all modeling study results have some degree of uncertainty, the study finding most affected by this limitation is vaccine effectiveness against hospitalization and death.

"Changes in circulating viral variants, the proportion of the population that has already been infected, policy changes, and changes in behavioral response to the pandemic over time mean that vaccine effectiveness is better conceived as a dynamic rather than a static entity," they wrote. "Thus, it cannot be modeled accurately with a point estimate."

Yet they said the study highlights the need to vaccinate the current roughly one in three unvaccinated Americans.

"Rebuilding trust is essential, and we need evidence-informed strategies for achieving these critical goals," Jones and colleagues wrote. "Identifying and implementing effective interventions will require substantial and sustained investments in health communications research; an understanding of the influence of social media and information bubbles on information spread and impact; public health infrastructure; and boots-on-the-ground, targeted, and individualized approaches."

Without strategies that are evidence-based, they added, "we may find ourselves continuing to wonder why the same COVID-19 vaccines that can reduce risk of death by up to 94% only managed to prevent 58% of deaths."