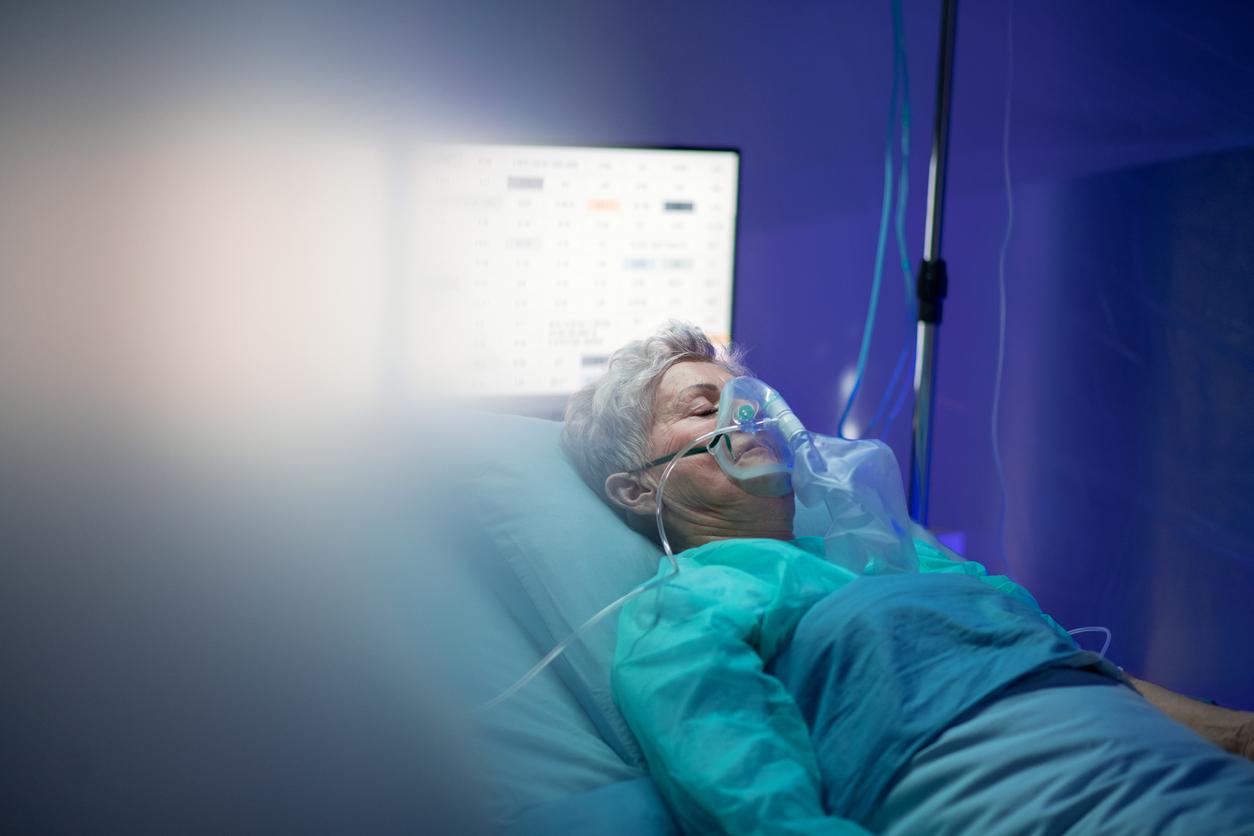 Two studies published yesterday in the New England Journal of Medicine discuss outcomes in COVID-19 patients given monoclonal antibody treatments, one showing that tocilizumab lowered the odds of needing mechanical ventilation and death but did not improve survival, and the other finding that REGN-COV2 lowered viral load—particularly in patients whose immune response hadn't yet been triggered or had a high viral load at baseline.

Most benefit in moderate to severe illness

The first study, a six-country phase 3 clinical trial led by a researcher at Mount Sinai Hospital in New York City, involved randomly assigning 377 adult COVID-19 patients not on mechanical ventilation to receive either two doses of the anti-interleukin-6 receptor antibody tocilizumab or a placebo.

While not approved for the treatment of the novel coronavirus, tocilizumab is approved for the treatment of other inflammatory diseases, such as rheumatoid arthritis. Previous studies have produced mixed results, including one finding no benefit in moderately ill COVID-19 patients, three showing either no or modest benefit, and one finding fewer deaths.

Among the 249 patients who received tocilizumab, 12% either progressed to require mechanical ventilation or died by day 28, compared with 19.3% of the 128 patients in the placebo group (hazard ratio [HR], 0.56).

Death from any cause by day 28 occurred in 10.4% of patients who received tocilizumab and 8.6% of those receiving a placebo (weighted difference, 2.0 percentage points).

As assessed in a time-to-event analysis, clinical failure favored tocilizumab over placebo (HR, 0.55). Serious adverse events occurred in 38 of 250 patients (15.2%) in the safety population receiving tocilizumab and 25 of 127 patients (19.7%) receiving a placebo. Through day 60, 50.8% of the tocilizumab group and 52.8% of patients in the placebo group had adverse events.

Of all patients, 56.0% were Hispanic/Latino, 14.9% were black, 12.7% were Native American/Alaska Native, 12.7% were white, and 3.7% identified as other/unknown race. The study gave priority to hospitals that provided care to underserved and minority populations in an attempt to address the overrepresentation of racial minorities in COVID-19 infections and their underrepresentation in coronavirus clinical trials.

The authors said that their study results suggest that the patients most likely to benefit from tocilizumab are those with moderate to severe COVID-19. "When death from any cause alone was evaluated as a secondary outcome, no benefit with respect to mortality was observed," they said. "One hypothesis is that patients who had progression to mechanical ventilation after receiving tocilizumab may compose a subgroup of patients with more severe disease and therefore a higher risk of death."

The second study, an interim analysis of an ongoing multicenter phase 1 to 3 clinical trial sponsored by Regeneron Pharmaceuticals and the US Department of Health and Human Services, researchers randomly assigned 275 non-hospitalized but symptomatic COVID-19 patients to receive either 2.4 or 8.0 grams of the monoclonal antibody cocktail REGN-COV2 or a placebo to assess changes in viral load from baseline and identify medically attended coronavirus-related episodes.

REGN-COV2 consists of two coronavirus-neutralizing antibodies that attack the virus's spike protein in a "cocktail" to reduce the risk of a treatment-resistant mutant virus. Regeneron had applied for an emergency use authorization from the US Food and Drug Administration in October; it was approved in November.

Of all trial participants from Jun 16 to Aug 13, 6% in the placebo group and 3% in the combined REGN-COV2 dose groups had at least one medically attended visit. Of participants who were serum antibody-negative at baseline, 15% in the placebo group and 6% in the REGN-COV2 group had one or more medically attended visits (difference, 9 percentage points). Rates of hypersensitivity or infusion-related reactions and other adverse events were comparable between the two groups.

Conversely, REGN-COV2 appeared to boost immune response only marginally in participants who had antibodies at baseline. "Administration of such a cocktail did not increase the viral load and therefore did not appear to impede ongoing antiviral activity," the researchers said. "In this regard, it may be useful to evaluate the potential for REGN-COV2 to affect long-term immunity to SARS-CoV-2, regardless of patients’ serum antibody status."

The largest reductions in viral load in the REGN-COV2 group were seen in the first 48 hours, which the researchers said may be able to reduce the time a COVID-19 patient is contagious.

"In this interim analysis, the REGN-COV2 antibody cocktail reduced viral load, with a greater effect in patients whose immune response had not yet been initiated or who had a high viral load at baseline," the authors said. "In the outpatient context, preexisting antibodies against SARS-CoV-2 were associated with lower viral loads at baseline and a potential lower likelihood of future medically attended visits."