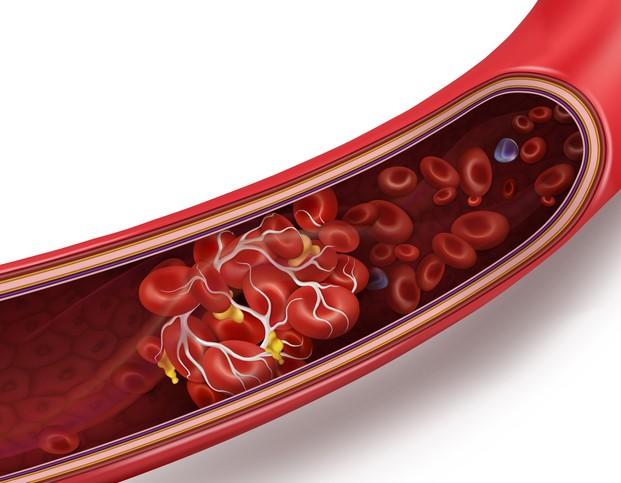 A study of autopsy findings of the first 12 patients who died of COVID-19 in a hospital in Hamburg, Germany, has found that 7 (58%) of them had undiagnosed deep vein thrombosis, suggesting that the virus may cause abnormal blood clotting.

In the prospective cohort study, published yesterday in the Annals of Internal Medicine, researchers discovered that the direct cause of death in four patients was massive pulmonary embolism from deep vein blood clots in the legs that lodged in a lung artery, causing a blockage.

High concentrations of COVID-19 genetic material were detected in the lungs, and also in the liver, kidney, or heart in five of six patients who had moderate viremia (COVID-19 viruses in the blood). All had abnormal lung computed tomography (CT) findings, and eight of them (67%) had alveolar damage indicative of early acute respiratory distress syndrome.

In many cases, the lungs showed signs of mild pleurisy, inflammation of the thin layers of tissue that separate the lungs from the chest wall, as well as a patchy pattern consisting of pale areas contrasting with slightly protruding, firm, reddish-blue areas with high capillary-to-fiber ratios. The lungs were firm but crumbled easily.

Median patient age was 73 years (range, 52 to 87), 75% were men, and all had underlying medical conditions, the most common of which were coronary heart disease and asthma (50%) and chronic obstructive pulmonary disease (25%). Many were obese, with a mean body mass index of 28.7 kg/m2.

The authors said that COVID-19 may lead to pulmonary embolism by activating the coagulation system or causing a cytokine storm, in which high levels of proinflammatory cytokines start to attack the body's own tissues rather than just the virus. Factors such as immune-mediated damage from antiphospholipid antibodies involved in autoimmune responses may also contribute.

Regardless of the cause, the researchers said that doctors should always suspect pulmonary embolism in COVID-19 patients who have deteriorating heart and lung function. "That patients with COVID-19 who have increased D-dimer levels, a sign of coagulopathy, may benefit from anticoagulant treatment seems plausible," they wrote.

They called for further research into the molecular mechanism and clinical incidence of coronavirus-related death and possible treatment options such as the use of anti-clotting therapies for COVID-19 patients.