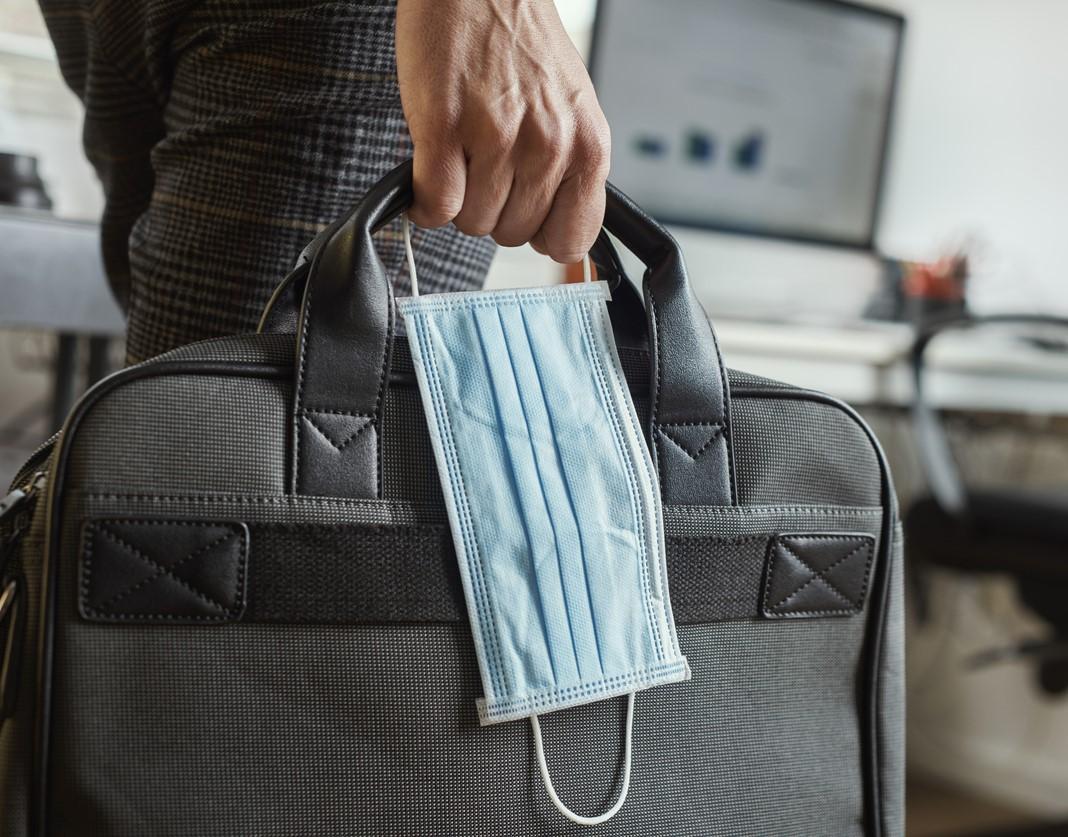 The Centers for Disease Control and Prevention (CDC) updated guidance on limiting COVID-19 transmission in office buildings, and loosened some language on reopening churches and houses of worship during the pandemic.

The workplace recommendations are exhaustive, and include employee temperature checks, desks spaced 6 feet apart, no seating in common areas, and face coverings donned at all times.

"Use signs, tape marks, or other visual cues such as decals or colored tape on the floor, placed 6 feet apart, to indicate where to stand when physical barriers are not possible," the guidance reads. "Replace high-touch communal items, such as coffee pots, water coolers, and bulk snacks, with alternatives such as pre-packaged, single-serving items."

Rigorous disinfection of common surfaces is also recommended, as well as strict sick policies. Also suggested is the avoidance of carpooling and commuting using mass transit. Most American office workers, if deemed non-essential, have been working from home since mid-March, when states enacted stay-at-home orders. As those orders lift, businesses are trying to reimagine how to safely work onsite during the pandemic.

The agency also updated its guidance on houses of worships, removing language that warned against allowing choirs and singing as those actions could spread COVID-19 aerosols. Also deleted from the CDC guidance are warnings about shared cups, hymnals, and worship rugs, the Washington Post reported.

The Post reports initial CDC guidance on houses of worship, which was released last week, was not approved by the White House, and the subsequent deletions are approved. The Trump administration has vocally supported churches who wish to reopen during the pandemic, despite several governor's orders that have kept churches, mosques, and synagogues shuttered.

The CDC also published a study today in Morbidity and Mortality Weekly Report describing evidence of limited community spread of COVID-19 in the US from Jan 18 to Feb 9, linked to a single importation from China.

The first non-travel–related US case was confirmed on Feb 26 in Santa Clara County, California, in a resident who had become ill on February 13. On Feb 28, the first community spread case was identified in Washington state.

The West Coast cases, including a COVID-19 death on Feb 6 posthumously identified in Santa Clara County, were likely connected to the first US case of imported COVID-19, which occurred in a man who arrived in Seattle from Wuhan, China, on January 15 and became ill 4 days later. The man likely ignited transmission in the Seattle area, but outbreaks on the East Coast were more likely connected to several European cases.

The authors recommend enhanced syndromic surveillance throughout the pandemic to monitor COVID-19 trends.

The latest weekly forecast offered by the CDC predicts at least 115,000 US deaths from COVID-19 by Jun 20. The forecast is updated each Friday and is based on a collection of 15 models.

In Politico today, reports suggest rising intensive care unit admissions (ICU) may be a harbinger of local hospitals struggling to keep up with increasing COVID-19 cases. ICUs in Montgomery, Omaha, Minneapolis and St. Paul, and across Rhode Island are starting to fill up.

State health leaders in Minnesota said the bed use was not surprising, and said they had contingency plans to convert regular hospital beds to ICU beds if need be.

Today both Illinois and New York, two states that have been hardest hit by the pandemic, announced more plans for state openings. Illinois Governor J.B. Pritzker is allowing salons, restaurants, and retail to open up throughout the state today — with conditions in place. Chicago will start phased reopening next week.

In New York, Governor Andrew Cuomo said today on Twitter that New York City is on track to begin reopening on Jun 8.

For the first time in its 124-year history, the Boston Marathon is canceled. The event is traditionally held in April, but was moved to September because of the coronavirus. Now the Boston Athletics Association says fears of a second wave make planning a safe race in the Fall unlikely.

Meanwhile the Republican National Committee sent a letter to North Carolina Governor Roy Cooper detailing their plans for an in-person national convention in Charlotte this August.

The GOP said they are considering pre-travel health surveys, temperature screenings, and widespread sanitizing of public spaces, among other precautions aimed to keep the convention safe.