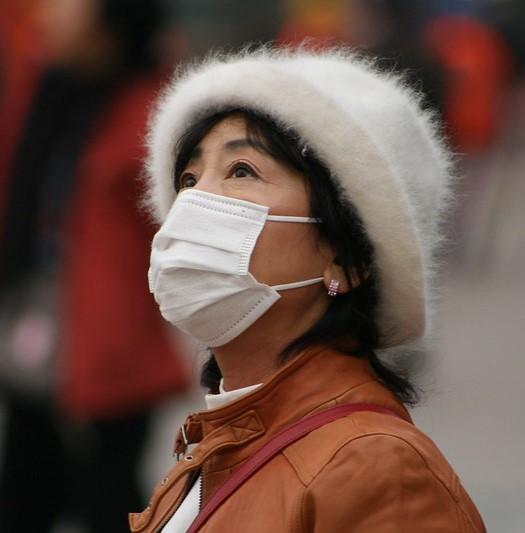 In other developments today, the World Health Organization (WHO) unveiled two new key resources, an online Q and A to answer some of the most common questions and knock down some myths, and two groups announced more support for vaccine development.

With the addition of the new cases, China's total now stands at 17,205 confirmed cases and 361 related deaths, according to a statement today from the country's National Health Commission (NHC). The number of serious cases rose by 186, putting that total at 2,296.

In other China developments, not much is known about the impact of the disease on pregnancy and newborns, but China's media today reported that an infected mother gave birth to a healthy baby girl who tested negative twice for the virus.

Tweets from China Global Television Network (CGTN), a state media outlet, showed the medical team in full protective gear cradling the baby following delivery by Caesarean section. CGTN said the mother and baby are in good condition and are being kept in separate rooms.

The WHO said no new countries have reported cases over the last 24 hours, but some already-affected areas have confirmed more infections.

In announcing its first case of local spread yesterday, Hong Kong's Centre for Health Protection (CHP) said the patient, a 72-year-old woman with underlying health conditions who is the mother of a woman confirmed as an earlier case. As one of her daughter's contacts, she was placed in quarantine on Feb 1, the same day her symptoms began. Four of her household contacts are still in quarantine but are asymptomatic.

Elsewhere, India's health ministry today reported the country's third case, which—like the previous two—involves a patient from Kerala who had traveled to Wuhan. The patient is isolated in the hospital and is in stable condition, according to a health ministry statement.

The WHO said today that 153 cases so far have been reported in 23 countries.

The WHO's new online 2019-nCoV dashboard is similar to the one that it uses to display the latest totals in the Democratic Republic of the Congo (DRC) Ebola outbreak,

In its Q and A today, the WHO addressed many common questions it has received from groups and individuals. For example, the document answers many questions about transmission, clarifying that there's no evidence that cats and dogs transmit the virus to people and that it's safe to receive packages from China or other places where the virus is present.

It also described clinical symptoms and treatment. In addressing asymptomatic transmission, it said recent reports suggest it may be possible to transmit the virus before showing significant symptoms, but current data suggest symptomatic people are fueling most of the virus spread.

The group also said it is working with experts to develop and prepare "2019-nCoV kits," similar to treatment kits used in earlier outbreaks. The WHO said it developed the kits with expert input and will be putting them together in the coming days. The concept appears to be similar to cholera kits distributed to responders in cholera outbreaks.

The Coalition for Epidemic Preparedness Innovations (CEPI) and Glaxo Smith Kline (GSK) today announced a new collaboration to develop a vaccine against 2019-nCoV, which will leverage GSK's pandemic vaccine adjuvant technology, GSK said in a press release today. The adjuvant is designed to reduce the amount of antigen needed per patient and can help stretch vaccine supplies.

The company said access to its adjuvant technology will support early-stage research into a "molecular clamp" vaccine platform under development by the University of Queensland in Australia, which inked an earlier 2019-nCoV vaccine development agreement with CEPI.

In a statement from CEPI, Richard Hatchett, MD, its chief executive officer, said, the extra UK support comes at a crucial time as the world races to respond to a new coronavirus. "The rapid global spread and unique epidemiological characteristics of the virus are deeply concerning. Our hope is that, with our partners, we can get an investigational vaccine from gene sequencing of the pathogen through to clinical testing in 16 weeks."