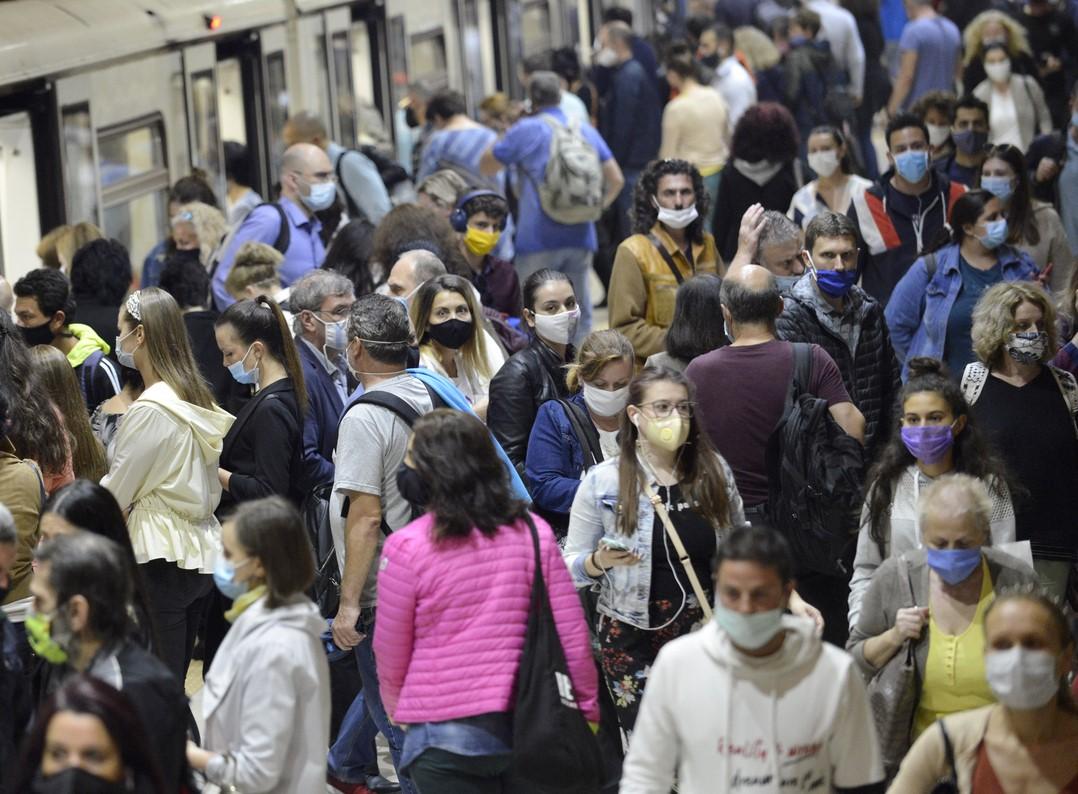 When two physicians at the University of California at San Francisco published a commentary in the New England Journal of Medicine (NEJM) on Sep 8 proposing to resurrect the 18th century practice of variolation using face coverings to prevent severe COVID-19 and confer immunity, the Internet lit up with headlines such as "Coronavirus: Another reason for that mask: You'll get less sick."

The paper, written by Monica Gandhi, MD, MPH, and George Rutherford, MD, suggested that face coverings, in the absence of a vaccine, could reduce the inhaled dose of coronavirus by filtering some virus-containing droplets, leading to asymptomatic or mild disease and stimulating T- and B-cell immunity.

Concerned that the piece, its positioning in a top medical journal, and the resulting media coverage would embolden people to abandon physical distancing and other public health measures in favor of only wearing face coverings, scientists warned against the practice in two letters to the editor in the same journal on Oct 23.

The inspiration behind Gandhi and Rutherford's piece was variolation, the practice of inoculating healthy people with variola, the virus that causes smallpox, to give them a lower dose than would be inhaled, producing mild disease and stimulating immunity. While variolation worked in some people, others died of their infections, and it was abandoned after a vaccine became available in 1796. Gandhi and other colleagues also published a paper on the topic in July in the Journal of General Internal Medicine.

However, Angela Rasmussen, PhD, associate research scientist at the Center for Infection and Immunity at Columbia University and coauthor of the first letter, along with Kevin Escandon MD, of Universidad del Valle in Colombia, and Saskia Popescu, PhD, of George Mason University, said the proposal is based on faulty assumptions about an emerging coronavirus about which much is yet unknown.

A hypothesis, not evidence

Publishing a hypothesis—without describing the experiments that would need to prove or disprove it—in a prominent journal like NEJM sends the message that the concept has been borne out by evidence, Rasmussen said, adding that the paper would have been acceptable had it been framed as only a hypothesis.

"I think that could encourage irresponsible behavior," she said. "Of course, people should be wearing masks, but they should also be social distancing; masks are not the only nonpharmaceutical intervention."

Chad Roy, PhD, MSPH, of Tulane University School of Medicine, coauthor of the second letter, along with Lisa Brosseau ScD, CIH, and Michael Osterholm, PhD, MPH, both of the Center for Infectious Disease Research and Policy, publisher of CIDRAP News, called the proposal of variolation "borderline heresy" in terms of modern vaccine design and all of its complexities.

"Variolation was used historically as an incredibly crude way of vaccinating individuals, but it was a completely uncontrolled mechanism by which to achieve vaccination," Roy said. "Variolation should be considered an antiquity and not anything that anyone would try to use in modern medicine."

Also problematic is that no one knows what constitutes an infectious dose of the coronavirus, which likely varies from person to person and doesn't appear to follow a classic dose-response relationship, Rasmussen said. And although it seems counterintuitive, high doses of coronavirus can be less virulent than low ones, Rasmussen said.

That's because viruses mutate, some to the point that they can no longer cause infection, and may thereby alter a host's immune response to the virus. "They think the more virus you have the more sick you're going to get, but that's not necessarily true," she said, adding that it probably depends more on the proportion of noninfectious-to-infectious virus. "There's not always a linear relationship between dose and disease severity and outcome."

Roy pointed out the complexity of trying to define infectious dose in a virus that doesn't necessarily cause symptoms, even in people with high viral loads. "Most particles are probably empty and just made up of mucous and water with no virions, or else everyone would be infected," he said.

Another problem with the perspective piece is that it doesn't define what the authors consider a face covering, which range from single-layer homemade cloth masks to dependable N95 respirators, according to Rasmussen. "Certainly, masks could probably block larger droplets, and that kind of gets into the area of the whole droplet-versus-aerosols debate," she said. "We just don't have much evidence that masks protect the person wearing them, unless they are N95s certified by [the National Institute for Occupational Safety and Health]."

In Gandhi and Rutherford's response to the letters to the editor, in which they defend their assertions, they cite a non-peer-reviewed May 29 study claiming a dose response in six ferrets inoculated with the coronavirus, with a low dose resulting in only one showing signs of viral RNA replication. But Roy said that ferrets aren't a good model because they don't become very ill with COVID-19, as opposed to the disease in humans and nonhuman primates.

"Nonhuman primates are a near clinical model of human disease," he said. "When you have that beachhead established in a higher-order model, it's very difficult for a lower-order model to trump that observation."

Rasmussen agrees, saying that most of the ferrets in the study likely didn't show signs of infection because the dose was too low. "It suggests that maybe five out of the six ferrets weren't infected at all," she said.

In their response to the letters, Gandhi and Rutherford also cite a Jun 14 paper as evidence that viral load is equivalent to infectious dose, but it doesn't describe the infectious dose that participants received, Brosseau said. "Having a high viral load doesn't tell you anything about the dose that you received," she said. "There is no relationship."

Nor did the study authors describe participant age, sex, or presence of underlying illnesses, which likely explain the results better than dose response, because they did not perform an exposure evaluation or even test all the participants for COVID-19. "It's just sort of chance that some got symptoms and some didn't, depending on host characteristics and the size of the space," Brosseau said.

A problem with another cited study is that the researchers didn't sample all the soldiers involved in their study—which involved physical distancing in Swiss soldiers and disease course—or describe what constituted lockdown conditions, Brosseau said. The authors of that paper also remarked that none of the group of 154 soldiers developed coronavirus symptoms after implementation of physical distancing, despite having antibodies. "They say not one of the soldiers developed severe disease, well of course not; they were all young and healthy," she said.

And another cited study was done with no understanding of filter science, Brosseau said. In that study, US researchers didn't measure the flow rate of the aerosols they generated in the study, used high-speed videos rather than precision tools to measure droplet transmission, and employed much larger particle sizes than those generated in the real world.

Gandhi and Rutherford's paper is "really, really dangerous," said Brosseau, adding that she has been moved to write only about three letters to the editor in her life. "They are putting people at risk by suggesting that that 'it'll be fine, you'll wear your face covering, and you'll get a low dose,'" she said. "It just goes to show what really bad science is going on out there."

Osterholm agrees. "What we're worried about is people getting exposed and getting infected while thinking they were actually doing something to protect themselves," he said.

Rasmussen said that some scientists may be in a rush to be the first ones to present the next big idea about a virus that has been studied for only a matter of months—whether or not the science is sound. "I do wish some of these journals like the New England Journal of Medicine would be mindful of the platform they have and the credibility they can lend something when it's published," she said.