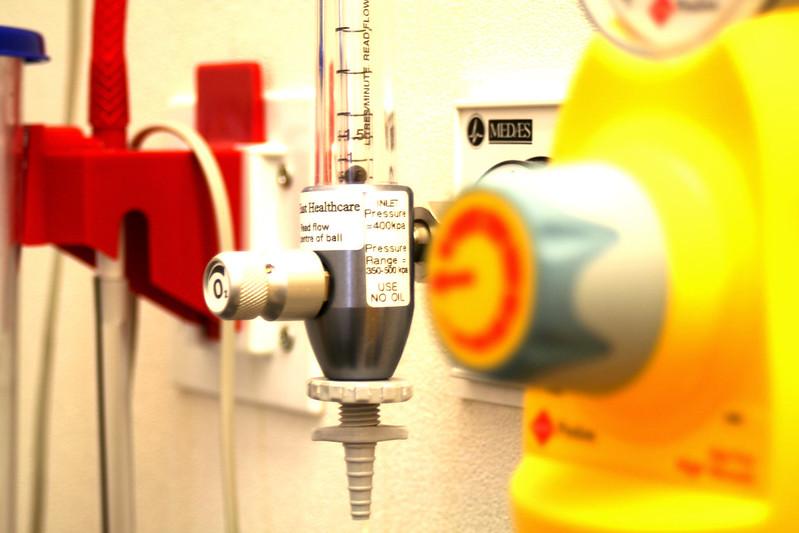 A steady, steep rise in COVID-19 activity has left many nations, especially lower-income countries, with shortages of medical oxygen, which plays a vital role in treating patients, and efforts are under way to boost supplies, the head of the World Health Organization (WHO) said today.

The pandemic total today rose to 9,330,883 cases, and 479,496 people have died from their infections, according to the Johns Hopkins online dashboard.

At a WHO media briefing today, WHO Director-General Tedros Adhanom Ghebreyesus, PhD, said news stories published today have highlighted the role of oxygen in treating COVID-19 patients, and strategies to boost supply have been an intense focus since the pandemic began.

As an example of shortages, last week, the Washington Post reported that Peru's oxygen plants have been out of service for years, producing a daily shortfall of 180 tons and forcing families to find overpriced oxygen on the black market for their sick loved ones.

Tedros said the WHO estimates that with a rate of 1 million new COVID-19 cases each week, the world needs 620,000 cubic meters of oxygen each day, the equivalent of 88,000 large cylinders. However, many countries are having problems getting oxygen concentrators, devices that extract oxygen from ambient air. He noted that 80% of the market is owned by a few providers, and demand is exceeding supply.

The WHO and its United Nations partners are working with manufacturers through private-sector networks to buy oxygen concentrators for countries that need them most. Development in recent weeks have allowed the WHO to buy 14,000 oxygen concentrators, which will be sent to 120 countries in the weeks ahead. It has also identified 170,000 more that will be available over the next 6 months at a cost of $100 million.

In related efforts, Tedros said the WHO has purchased 9,800 pulse oximeters that are nearly ready for shipment. Also, he said a clinical treatment challenge is that many critically ill patients need oxygen at a higher flow rate than conventional concentrators can provide, and the group is supporting efforts in many countries to buy equipment that allows them to produce larger amounts of their own concentrated oxygen.

In other comments today, Tedros said the WHO expects the pandemic total to reach 10 million cases in the next week, and he said the group supports Saudi Arabia's difficult decision to limit the Hajj pilgrimage to a smaller group of people from within the country.

"We understand that it was not an easy decision to make, and we also understand it is a major disappointment for many Muslims who were looking forward to making their pilgrimage this year," he said. "This is another example of the hard choices that all countries must make to put health first."

Surge in the Americas continues

Brisk activity in many countries in the Americas, including several in Latin America and the United States, is a large part of what's fueling soaring global COVID-19 numbers. Carissa Etienne, MBBS, MSc, director of the WHO's Pan American Health Organization (PAHO), said at a separate briefing today that cases in the region have tripled, from 690,000 on May 23 to more than 2 million today.

She said many countries in the region took early strong steps, but sustaining the measures hasn't been easy, with governments under pressure to relax restrictions for both economic and political purposes. COVID-19 activity could continue over the next 2 years, with recurring outbreaks interspersed with limited transmission, prompting the need to adjust to a new way of life. "A question is, "How do we move forward to build a sustainable response?' "

Etienne urged the region's country leaders to reach across divisions and borders to find solutions, which should include addressing the needs of the most vulnerable populations, such as indigenous groups and migrants.

Brazil yesterday reported about 40,000 cases, and the United States reported at least 36,000.

Mexico yesterday reported 6,822 cases, a record daily high, raising the country's total to 191,410, CNN reported. And Colombia's president yesterday announced that its lockdown will be extended until the middle of July, though the country has taken some reopening steps, Reuters reported.

India, one of south Asia's hot spots and the country with the world's fourth-highest total, reported a record daily high of 16,000 cases, raising its total to more than 456,000, Reuters reported.

Part of the rise was driven by a record high daily number in New Delhi, which reported 3,900 cases.

An Indian health official said the city's COVID-19 beds are about half full, and 20,000 more will be available next week. Also, the country's armed forces have been ordered to help provide medical care in temporary care facilities housed in railway coaches.