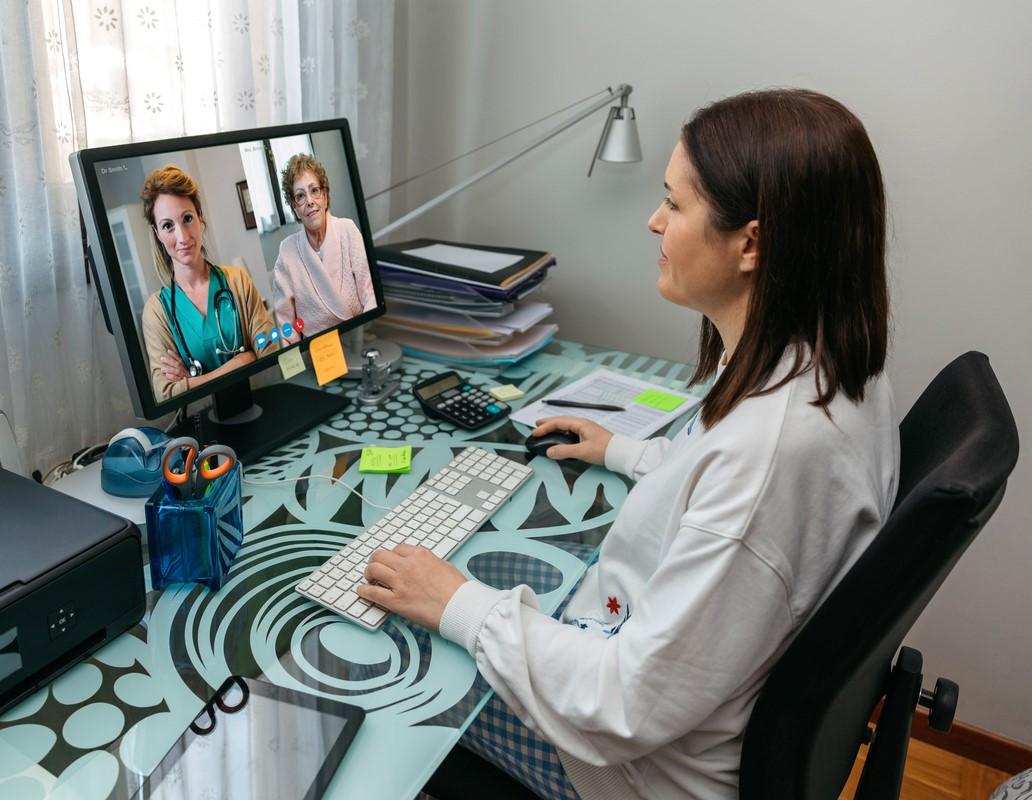 Part 2 of a two-part series on COVID-19 and telehealth. Part 1, published yesterday, covered the upsides to telemedicine.

When the biggest barriers to telehealth—namely, government and payer resistance and HIPAA patient privacy restrictions—came crumbling down amid the COVID-19 pandemic, telehealth was able to rapidly scale up to at least partially fill the gap.

A late April survey by the Sevocity division of Conceptual MindWorks found that while overall patient volumes are low, 85% of medical practices said they were conducting telehealth visits, versus only 6% before the pandemic. And yesterday Blue Cross and Blue Shield of Massachusetts reported that claims for telehealth visits have skyrocketed 190-fold since the start of the pandemic, from 200 to 38,000 per day.

E. Ray Dorsey, MD, MBA, professor of neurology and director of the Center for Health + Technology at the University of Rochester Medical Center in New York and coauthor of a paper published in JAMA Neurology on telemedicine amid the pandemic, has been seeing patients strictly virtually since 2013. "My practice has largely been unaffected," he said, referring to the care he's been able to provide.

But one thing he has noticed is that patients are more likely to show up to appointments when they're virtual, with rates of no-shows down about 10%. "I think one day my colleagues in psychiatry had no no-shows," he said.

Barriers to telehealth include lack of technology or the knowledge to use it. A recent Kaiser Family Foundation poll found that only 7 in 10 adults 65 and older (68%) report having a computer, smart phone, or tablet with Internet access, versus virtually all younger adults.

Older patients might worry more about privacy, said Juliette Cubanski, PhD, MPP, MPH, deputy director of the Program on Medicare Policy at the Kaiser Family Foundation in San Francisco. "There may still be reluctance among older adults to have these communications that maybe are sensitive medical discussions," she said. "People may be more comfortable having those conversations while face to face with their doctor."

But Testa said that while older adults might at first be more leery of telehealth, once they try it, they are enthusiastic about it—especially since it keeps them out of clinic settings where they might be exposed to the novel coronavirus. "Once they digitally connect with us, they stay more digitally connected than our younger patients," he said. "Digital tools are 'stickier' in older patients."

For example, he said a healthy 20-year-old patient may need only one or two telehealth visits a year and check their patient portal once yearly, while older patients, who are more likely to have a chronic condition, may need to connect with their providers once or twice a week.

And Dorsey, who specializes in movement disorders, says he naturally sees many older patients, as disorders such as Parkinson's disease tend to affect older people much more often than younger ones.

And while he knows that some people have an uneasiness with or distrust telehealth, they tend to feel more comfortable with it than in-person visits once they try it. "Some people don't want others to know what they have," he said. "And if you walk into a neurology clinic or psychiatry clinic or HIV clinic, you are more or less broadcasting to the world that you have this neurologic or psychiatric disorder or HIV."

Andrew Gettinger, MD, chief clinical officer of the Office of the National Coordinator for Health Information Technology in Washington DC, said that some smaller clinics might not have had the infrastructure or training in place to pivot to an online business model when the pandemic hit.

But Cubanski said that those clinics likely sprang into action to adapt, "particularly those who have seen tremendous revenue losses from the shelter-in-place orders that have swept across the country."

Gettinger said that access to broadband in rural areas may present some challenges, but areas where patients have to travel long distances for short visits that don't require being face to face stand to benefit the most.

Testa said that those types of challenges are generally ebbing with the widespread adoption of smart phones and the increasing availability of public hot spots. "A cell phone can be a great equalizer," he said, adding that even urban residents face similarly daunting commutes as those in rural areas. "While driving 2 hours in the rural Midwest can be a real limiter to accessing care, 45 minutes in a subway is similarly a challenge."

Gettinger said that many doctors in practice today did not learn to provide digital care in medical school, so adapting to providing optimal care virtually takes some thought. "Do you set up your environment to have an office-like setting?" he said. "Do you have a white coat on? Do you drape a stethoscope around your neck as a symbol of being a caregiver?"

Before the pandemic, telehealth was mainly for acute conditions, but now it's much more about chronic issues, Testa said. He sees continued use of telehealth combined with in-person office visits when needed. "I think there's going to be a period of transition of months or maybe a year," he said. "People will have blended care."

And patients will reap the time- and cost-savings rewards of not having to pay for a babysitter, transportation, and parking. "It can turn a 2-hour visit into a 15-minute one," he said.

Dorsey said although he'd rather be across the kitchen table from his patients, telehealth is more efficient; his patients save, on average, 3 hours and 100 miles.

Already, he said, companies have developed devices that allow the patient to assist in the physical virtually, such as tools to allow them to look into their own or a child's ears; help distinguish between asthma, bronchitis, and pneumonia based on the sound of the cough; and tell if a patient is depressed based on the tone of their voice. "There's a whole lot we can do," he said.

It will be interesting to see the data on how many patients used telehealth during the pandemic, Cubanski said, because it may have long-lasting effects on policy and the regulatory environment. "We can look forward to seeing data in the future on how many people took advantage of this and whether it might be something that people will expect to have moving forward," she said.