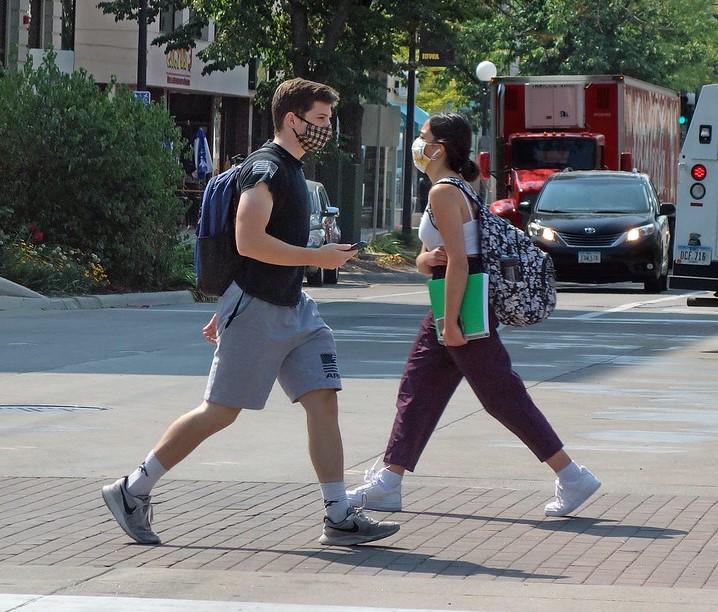 As the summer surge of COVID-19 cases continues to fall in Texas, California, and Arizona, at least 26 other states, including Alabama, Missouri, Iowa, Michigan, North Carolina, and the Dakotas, are seeing 7-day averages of new cases rise by more than 5%.

Last week, only 12 states reported increasing averages of 5% or more.

The rise may be related to college and universities reopening in the first 2 weeks of August. Iowa is home to the two metro areas with the most new cases relative to total population: Ames and Iowa City, both college towns. Ames has had 964 new cases in the last 2 weeks, and Iowa City has had 1,664.

Officials at the University of Alabama-Tuscaloosa said today that 1,043 students have tested positive for COVID-19 since in-person classes began 2 weeks ago. Other universities across the country have announced major pivots as case counts spike, including Temple University in Philadelphia, which moved to online learning after COVID-19 cases spiked from 58 Friday to 103 Sunday.

The United States reported 35,337 new COVID-19 cases yesterday, and 305 deaths, according to the Johns Hopkins coronavirus tracker, and the national total breached 6 million cases today, at 6,021,465, with 183,399 fatalities.

Today, the Washington Post broke a story that a top medical advisor to President Donald Trump, Scott Atlas, MD, a neuroradiologist from Stanford University, is pushing the United States to adopt a herd immunity strategy similar to Sweden's as the country continues to struggle with the pandemic.

The idea would be to protect those in nursing homes and the most vulnerable while allowing the virus to spread widely across the rest of the general population. But public health officials around the world and in the United States have roundly rejected Sweden’s approach, which they say is a failure, as the small Scandinavian country has some of the highest infection and death rates in the world and has suffered similar economic losses to neighboring countries that attempted to control the virus through lockdowns and other measures.

Atlas released a statement today to the Washington Post: "There is no policy of the President or this administration of achieving herd immunity. There never has been any such policy recommended to the President or to anyone else from me."

White House coronavirus coordinator Deborah Birx, MD, visited St. Paul, Minnesota, yesterday and warned officials to "buckle down" and reduce the spread of the virus over the next 4 to 6 weeks, before the weather brings more people indoors. According to the Minneapolis Star Tribune, Birx said she's concerned that the number of Minnesota counties with positivity rates over 10% has climbed over the past month, from two to nine.

Birx is traveling to states individually in the coming weeks to see how COVID-19 mitigation strategies are at play. She said she saw positive steps in Minnesota’s urban centers, but said there needs to be real improvement in rural communities.

Today the Food and Drug Administration (FDA) announced that the emergency use authorization (EUA) for the drug remdesivir (Veklury) is now broadened to include use on all patients hospitalized for COVID-19 in the United States. The EUA applies to both pediatric and adult patients, regardless of the severity of their disease, the FDA said.

Previously, the EUA applied only to patients with severe disease, defined as patients with low blood oxygen levels or needing oxygen therapy or more intensive breathing support such as a mechanical ventilator, the FDA said.

"The data show that this treatment has the potential to help even more hospitalized patients who are suffering from the effects of this devastating virus," said FDA Commissioner Stephen Hahn, MD, in a press release. "We are working with drug developers to conduct randomized clinical trials to further study the safety and effectiveness of a number of potential therapies for COVID-19."

In a recent interview with the Financial Times, Hahn said the FDA may consider authorizing an EUA for a COVID-19 vaccine before the completion of phase 3 trials, a move he said would be purely scientific and not political.