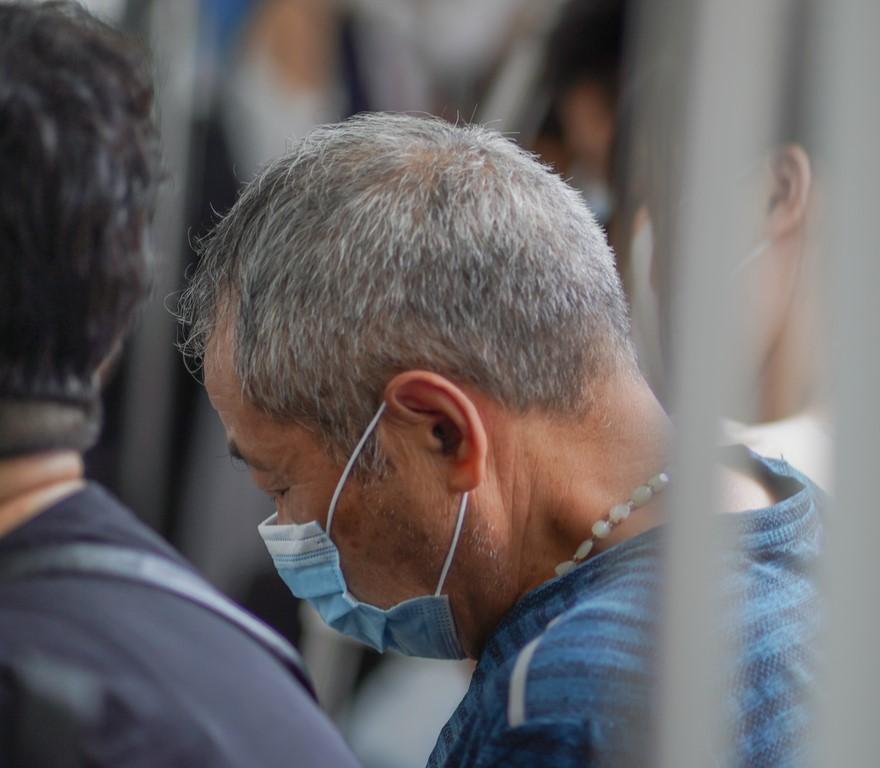 "Because COVID-19 is such a new disease, we are only beginning to understand some of its long-term effects on patients' health," says senior author Bin Cao, MD, in a Lancet press release. "Our analysis indicates that most patients continue to live with at least some of the effects of the virus after leaving hospital, and highlights a need for post-discharge care, particularly for those who experience severe infections."

Among those excluded from the study were patients who died (1.3% out of the 2,469 total possible people), had follow-up for other reasons such as psychotic disorders or readmission, or lived in nursing or welfare homes.

"This was consistent with findings that the most common abnormal CT pattern was pulmonary interstitial change (GGO [ground glass opacity] and irregular lines), which were similar to the long-term lung manifestations of SARS [severe acute respiratory disease] or influenza," the researchers write, but they noted they had no baseline data.

Patients in the most severe infection group had 4.60-increased adjusted odds (95% confidence interval [CI], 0.80 to 3.25) for diffusion impairment than those who did not need any supplemental oxygen, although the data also revealed that the lungs were continuing to heal in some instances. For instance, GGO levels decreased between 25% to 45% from the height of infection to the follow-up, depending on the infection severity.

Antibody levels fell 52.5% (96.4% seropositivity to 58.5%) in 94 patients who received blood tests at the height of their infection and during their 6-month follow-up. Seven measured antibodies had decreased amounts by the time of follow-up, but more than 90% of patients continued to test positive for N-immunoglobulin (Ig) G, S-IgG, and receptor-binding-domain-IgG antibodies.

Other physical follow-up examinations found that 13% of 822 patients had decreased kidney function after discharge (but no healthy baseline data) and 23% of 1,692 patients performed at subnormal levels at a 6-minute walking test. None of the 390 patients who received follow-up ultrasounds had deep venous thrombosis of the legs.

The researchers assessed 17 symptoms. Besides fatigue/muscle weakness and sleeping difficulties, they included low-grade fever (0.0% prevalence), disordered taste (7.3%) or smell (10.6%), palpitations (9.3%), and hair loss (21.7%). (The researchers do not know if these symptoms began after discharge or held steady or worsened from hospital discharge.) They also found that 22.2% out of 1,617 were experiencing anxiety or depression.

In a Lancet commentary, Italian researchers Monica Cortinovis, BiotechD, Norberto Perico, MD, and Giuseppi Remuzzi, MD, also underscore the need for outpatient clinic services, but add that this level of care is more difficult for low- and middle-income countries. They write that long-term studies "enable us to assess the efficacy of therapeutic interventions to mitigate the long-term consequences of COVID-19 on multiple organs and tissues.

"This is consistent with the syndemic nature of the COVID-19 pandemic, and has implications for the long-term follow-up of COVID-19 sequelae, which in most instances should be interpreted against a background of an array of non-communicable diseases and social and income inequalities that exacerbate the adverse effects of each of these diseases in many communities."

Because of the small number of patients at the ICU level, the Lancet commenters say that the findings for this subset are inconclusive. "However," they add, "previous research on patient outcomes after ICU stays suggests that several patients with COVID-19 who were critically ill during their hospital stay will subsequently face impairments regarding their cognitive and mental health or physical function far beyond their hospital discharge."

Cortinovis and colleagues conclude, "Unfortunately, there are few reports on the clinical picture of the aftermath of COVID-19. The study … is therefore relevant and timely."