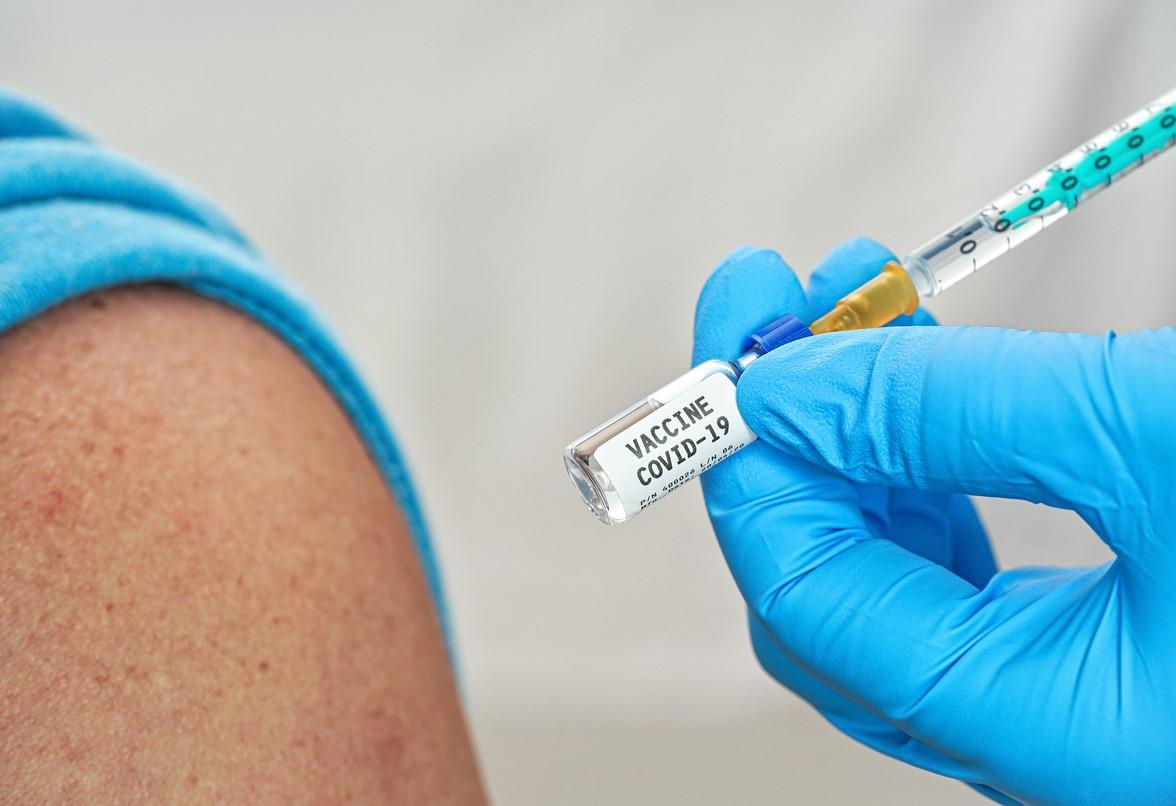 Although the country is in the midst of the darkest period of the coronavirus pandemic, with emergency authorization of a COVID-19 vaccine imminent and distribution of initial doses expected to start this month, the beginning of the end is starting to come into focus.

Officials with Operation Warp Speed, the US government's effort to develop and distribute COVID-19 vaccines and therapeutics, say distribution of the initial doses of the two vaccines—6.4 million doses of the Pfizer-BioNTech vaccine, and 12.5 million doses of the Moderna vaccine—will begin within 24 hours of EUA approval. Those initial doses will go to healthcare workers and residents of long-term care facilities, based on recommendations from the Centers for Disease Control and Prevention's (CDC's) Advisory Committee on Immunization Practices (ACIP).

It's an exciting time, and an extraordinary achievement, Kathleen Neuzil, MD, MPH, director of the Center for Vaccine Development and Global Health at the University of Maryland School of Medicine, said during a recent media briefing for the Infectious Diseases Society of America (IDSA).

"To have two vaccines less than a year from recognizing a new pathogen, and be heading towards FDA approval in the coming weeks is really historic," Neuzil said. "If we can get enough vaccine out there, we can have an impact on this pandemic very, very quickly. We can save lives, we can keep people out of the hospital, we can get people back to work, we can get children back to school."

But as exciting as this news is, Neuzil and other vaccine experts say there are still many questions to be answered, and challenges to overcome, as the nation prepares for an unprecedented mass vaccination campaign.

Chief among those challenges will be the rollout of the initial limited doses of the two vaccines—a massive logistical task that will involve several moving parts.

Operation Warp Speed officials have already told states how many doses of the initial allotment of vaccines they will get, and will begin shipping them out to 636 locations once EUAs are issued, according to Operation Warp Speed CEO Gen. Gustave Perna. Once the vaccines are shipped to the states, they will be administered in a variety of settings, from hospitals to nursing homes to pharmacies to special vaccination sites.

But the federal government is responsible for only part of the effort to get the vaccine into people's arms. States and a network of health departments, hospitals, doctors' offices, and pharmacies will play the biggest role.

"This is going to be up to the states…to determine the final allocation process and to figure out the logistics on how to distribute these vaccines," William Moss, MD, MPH, director of the International Vaccine Access Center at Johns Hopkins Bloomberg School of Public Health, said at another recent briefing for reporters.

And at the moment, states say they've received only a fraction of the money that they need to undertake this effort. In an Oct 15 statement, the heads of the Association of State and Territorial Health Officers (ASTHO) and the American Immunization Program (AIM) said the CDC had distributed $200 million to support state planning efforts for COVID-19 vaccine distribution and administration—only a fraction of the $8.4 billion the two groups told Congressional leaders was needed to distribute COVID-19 vaccines in a timely and equitable manner.

"This funding is a necessary first step but equals approximately 60 cents per person," ASTHO CEO Michael Fraser, PhD, and AIM executive director Claire Hannan, MPH, said. "It is not adequate to vaccinate every American with the expected two dose course at this amount."

The Department of Health and Human Services, in a document responding to questions from the National Governors Association, said that an additional $140 million will be awarded to the states on Dec 15. But that's still a far cry from $8.2 billion, which would likely have to come from the next coronavirus relief package. While there appears to be momentum on such a package, its passage is not ensured.

"At this point, the states still need support for their vaccine efforts," Michael Osterholm, PhD, MPH, director of the Center for Infectious Disease Research and Policy said in a recent episode of the Osterholm Update podcast. "They don't have the financial support to hire people to go and do many of these vaccination clinics that will be required for public health do."

In a letter to US lawmakers in October, Fraser and Hannan laid out what the money would cover. It includes $3 billion for workforce recruitment and training for state and local health departments, and $1.2 billion for cold supply chain management.

The ultra-cold storage that the mRNA vaccines require—minus 94°F for the Pfizer-BioNTech vaccine and -4°F for the Moderna vaccine—will present challenges, said Moss's colleague Rupali Limaye, PhD, MPH, director of behavioral and implementation science at the International Vaccine Access Center.

"This will really require states to coordinate and think about how vaccines are transported," she said.

While Pfizer has created special containers with dry ice to store vaccine doses during shipping, "we will need freezers at the sites of distribution in the states," said Moss. He noted that it will be easier to set up and maintain cold storage for the first two groups of recipients, but it will be more challenging once larger segments of the population start getting vaccinated.

Neuzil said maintaining the cold chain for the vaccines is important because improper storage could affect their stability. "It's very important to store these vaccines correctly," she said.

Tracking who gets the two-dose shots will be another challenge, one that will involve federal and state immunization tracking and notification programs and paper reminder cards. The second dose of the Pfizer-BioNTech vaccine needs to be administered 4 weeks after the initial shot, while the second dose of the Moderna vaccine comes 3 weeks later.

"It will be very important ... for all Americans who get the Moderna or the Pfizer vaccine to have their first vaccine dose and then come back either 3 or 4 weeks later to get their second vaccine dose, to complete the immunization schedule," Operation Warp Speed chief science adviser Moncef Slaoui, PhD, said at a recent press conference.

While ACIP is recommending that healthcare workers and residents of long-term care facilities be the first to receive the vaccine, the initial doses will cover only a fraction of the estimated 21 million healthcare workers and 3 million nursing home residents in the United States. And even under the scenario presented last week by Slaoui—who indicated that there would be enough vaccine doses to immunize 20 million Americans in December, 30 million in January, and 50 million in February—less than a third of the entire population would be immunized by March.

After healthcare workers and nursing home residents, ACIP is looking at essential workers and people with underlying conditions as the next groups who should get vaccinated while doses are still limited. But with black, Latino, and indigenous Americans suffering a disproportionate impact from COVID-19, ACIP members say there needs to be an effort to ensure people in these communities, which are often underserved by the healthcare system, have access to the vaccine.

"If vaccine supply remains constrained, it might be necessary to identify subsets of other groups for subsequent early allocation of COVID-19 vaccine," ACIP members wrote in a recent paper published in the Morbidity and Mortality Weekly Report. "At the national, state, tribal, local, and territorial levels, such decisions should be guided, in part, by ethical principles and consideration of essential questions, with particular consideration of mitigation of health inequities in persons experiencing disproportionate COVID-19 morbidity and mortality."

"How do we ensure equitable access? How do we ensure, with what will initially be a scarce resource, that we provide access to as many people as possible given the high efficacy [of these vaccines]?" Creech asked.

"One thing that we've learned from the pandemic is that it has very much illustrated inequities within our society that were there pre-COVID, but we're able to see much more clearly now," she said. "So when distribution does occur, there will need to be a concerted effort to make sure we are reaching these communities that might have less access to healthcare in general."

Understanding people's attitudes toward the vaccine and how those attitudes might vary among different segments of the population, identifying barriers to acceptance, and crafting targeted messaging to vaccine-hesitant groups will be among the key issues that need to be addressed, said Limaye.

"The messaging that we use to nudge people towards vaccine acceptance must be salient, it must be impactful, and it must also be tailored to meet the needs of these different audience segments," she said. "It also must come from a credible and trustworthy source."

Limaye added that trusted community leaders could play a key role in building vaccine acceptance among these groups.

"One thing that we've learned very clearly throughout this pandemic is that there are different trusted spokespeople, and relying on community leaders and influencers has been crucial, with regards to some of the public health precautions that we've asked people to take to this point," she said. "I don't think this will be any different once a vaccine is available."

There are also a host of questions about how well the vaccines will work in different populations. As Osterholm pointed out in another episode of the Osterholm Update podcast, pregnant women are among the immediate concerns.

Of the 21 million healthcare workers slated to receive the initial doses of the vaccine, he noted, roughly 330,000 are pregnant.

"It's still unclear what's going to happen with about 330,000 of these women who are currently pregnant, and what the healthcare recommendations will ultimately be for them," he said. "The FDA is still looking at data from the two trials to ascertain what they can about pregnancy, and how that might be handled."

Those data will come from developmental and reproductive toxicity studies done in animals. Neuzil said most of the vaccine makers are nearing the end of those studies and preparing to analyze the results.

How well the vaccine works in children, and what kind of safety issues it may present, is another question that needs to be answered. Pfizer and BioNTech began testing their vaccine in children as young as 12 in October, and Moderna recently said it would begin testing its vaccine in up to 3,000 children ages 12 through 17 in the coming weeks.

"These vaccines need to be tested in children before they can really be rolled out," said Moss. But he noted that trial investigators will likely need smaller sample sizes to determine efficacy and safety in children than were needed in adult phase 3 trials, and he said he's hopeful there will be a vaccine for children by next fall.

Finally, although the Pfizer-BioNTech and Moderna vaccines have shown high efficacy in preventing COVID-19 in phase 3 trials, it's unclear whether they can help prevent transmission of the virus. "We're going to need to set up additional studies to look at this," Moss said.

While many of these questions will be answered in the coming months, it's also likely that more will arise. And though the pending authorization of vaccines is a sign that life will eventually return to normal, Moss cautioned that they won't bring an immediate end to the pandemic.

"These vaccines are not going to be the silver bullet that brings us back to the pre-pandemic period," he said. "We're still going to need, particularly in the months going forward, to continue to wear masks, socially distance, wash hands frequently, and avoid large gatherings."