Data suggest nCoV more infectious than 1918 flu, but what does that mean? 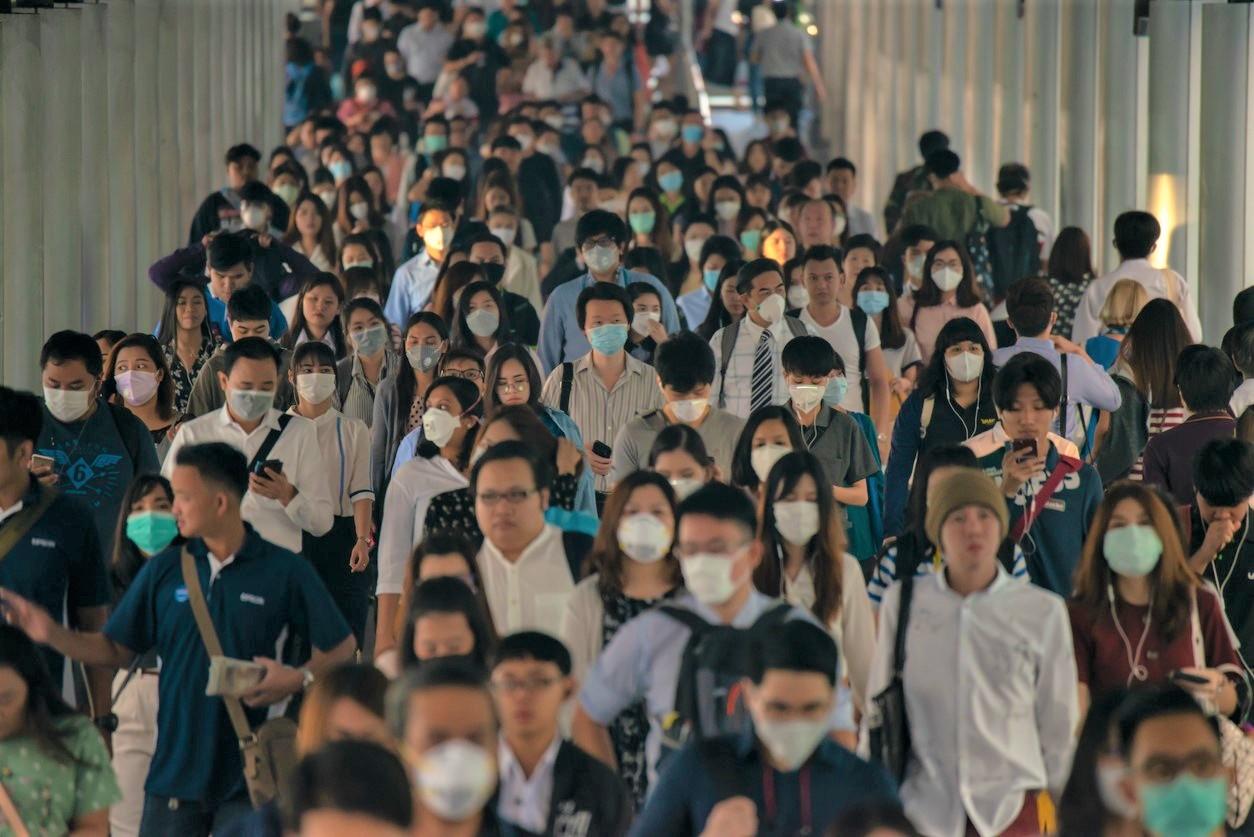 Research published late yesterday in The New England Journal of Medicine offers another estimate of the R-nought (R0) value—a measure of infectiousness—of the novel coronavirus (2019-nCoV) that has sickened more than 8,000 people and suggests the virus is more infectious than the 1918 influenza pandemic virus.

The study was based on the first 425 cases of 2019 nCoV from Wuhan, China, in December and this month. It also determined a mean incubation period (time from exposure to first symptoms) of 5.2 days.

In addition, a smaller study yesterday in The Lancet found a case-fatality rate (CFR, or the percent of deaths among those infected) of 11% in the first 99 patients at a hospital in Wuhan, the epicenter of the outbreak.

Each patient could infect 2+ more

Based on calculations, the authors of the larger study estimate the novel coronavirus has an R0 of 2.2, meaning each case patient could infect more than 2 other people. If accurate, this makes the 2019 nCoV more infectious than the 1918 influenza pandemic virus, which had an R0 of 1.80 (interquartile range: 1.47 to 2.27).

This is the largest epidemiological study to date to suggest clear evidence of human-to-human transmission in Wuhan during the first 2 months of the outbreak, as cases increased after the closing of the seafood and live-animal market in Wuhan that was connected to many early cases. It is also the first peer-reviewed estimate of an R0, a slippery number scientists have been grappling with in the last few weeks as they try to predict the potential global reach of nCoV.

"Although the majority of the earliest cases were linked to the Huanan Seafood Wholesale Market and the patients could have been infected through zoonotic or environmental exposures, it is now clear that human-to- human transmission has been occurring and that the epidemic has been gradually growing in recent weeks," the authors wrote.

To establish the epidemiologic pattern of the virus, the authors grouped the patients into three "waves": Those ill before Jan 1 (47 cases), those ill from Jan 1 through Jan 11 (248), and those symptomatic Jan 12 and later (130). Healthcare workers were infected in waves 2 and 3 only (10 cases total), and, by wave 3, 73% of case-patient had no exposure to either the seafood market or people with respiratory symptoms.

No cases in children under 15

The median age of the 425 case-patients was 59 years, and 56% were males. There were no cases of children under the age of 15 years seen in the patient population.

Of cases who experienced symptom onset before Jan 1, 2020, 55% had direct exposure to the Huanan Seafood Wholesale Market, as compared with 8.6% of the cases with symptom onset after Jan 1. The market was closed on Jan 1.

Using epidemiologic information from 10 cases, the study authors calculate the mean incubation period at 5.2 days (95% confidence interval [CI], 4.1 to 7.0), with the 95th percentile of the distribution at 12.5 days. In its early stages, the epidemic doubled every 7.4 days.

The authors of the study noted their case-patients included only people with severe symptoms; as such, many mild cases of the virus are likely being missed.

Marc Lipsitch, PhD, a professor of epidemiology and the director of the Center for Communicable Disease Dynamics (CCDD) at Harvard University, warned that a higher R0 than the 1918 flu pandemic does not necessarily mean nCoV will ultimately cause more severe illnesses or deaths.

"If pre-symptomatic transmission is not too common, then control measures may be more effective than flu, even for R0 higher than flu (as was the case for SARS)," he told CIDRAP News via email.

Justin Lessler, PhD an associate professor at Johns Hopkins Bloomberg School of Public Health, said the study is probably the best analysis of nCoV released so far.  Lessler, like many other scientists, has posted data on the incubation period of the virus on Twitter and weighed in on infectiousness and other aspects of the outbreak. Like Lipsitch, he warned that a higher R0 than the 1918 flu pandemic might not mean much.

"R0 is only part of the story. It was likely higher than this for SARS, but the disease was ultimately controlled due to the fact only a few people were transmitting, even if those few were transmitting to larger numbers; a phenomena that makes it easier for a disease to die out," he said.

"We don’t know if this is true for nCoV yet, and this will make a big difference in the ultimate impact of this epidemic."

Lessler also said the paper calculated an R0 under uncontrolled conditions early in the epidemic, so its findings might not apply to all places or periods of the epidemic.

The paper in The Lancet reported on the CFR in patients at one Wuhan hospital. Though the sample is small—99 patients—this is one of the first CFR calculations based on a systematically collected group of cases (all hospitalized at one hospital.)

Eleven of the 99 patients admitted to Wuhan Jinyintan Hospital from Jan 1 to Jan 20 died, resulting in a CFR of 11%. Half of the patients (49) had a history of exposure to the Hunan seafood market, and among those, 47 had a history of long-term exposure (including salesmen and market managers).

All 99 patients had lab-confirmed nCoV, and 74 of the 99 showed bilateral pneumonia on imaging, while 14 showed multiple mottling and ground-glass opacity in their lungs.

"17 (17%) patients developed acute respiratory distress syndrome and, among them, 11 (11%) patients worsened in a short period of time and died of multiple organ failure," the authors said.

"In general, the characteristics of patients who died were in line with the early warning model for predicting mortality in viral pneumonia," the authors concluded. Those factors include a history of smoking, bacterial coinfection, high blood pressure, and older age, among others.

Most closely related to bat coronaviruses

Also in The Lancet yesterday, researchers with the Chinese Center for Disease Control and Prevention published sequencing results of samples from bronchoalveolar lavage fluid and cultured isolates from nine Wuhan inpatients, eight of whom had visited the Huanan seafood market in the city. The genomic study showed the genome samples were 99.98% identical among the patients.

"Notably, 2019-nCoV was closely related (with 88% identity) to two bat-derived severe acute respiratory syndrome (SARS)-like coronaviruses, bat-SL-CoVZC45 and bat-SL-CoVZXC21, collected in 2018 in Zhoushan, eastern China, but were more distant from SARS-CoV (about 79%) and MERS-CoV (about 50%)," the authors said.