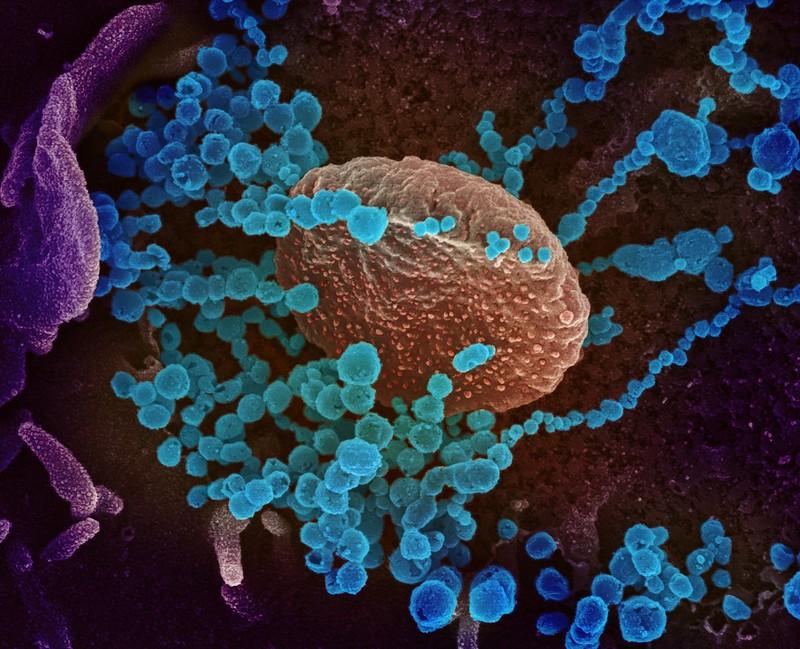 The World Health Organization (WHO) today declared COVID-19 a pandemic, pushing the threat beyond the global health emergency it had announced in January.

In the WHO's daily briefing, Director-General Tedros Adhanom Ghebreyesus, PhD, said that the label should galvanize the world to fight. However, "describing the situation as a pandemic does not change WHO's assessment of the threat posed by the virus, it doesn't change what WHO is doing, and it doesn't change what countries should do," he said.

The novel coronavirus, the first known to cause a pandemic, has infected more than 118,000 people and killed more than 4,000 in 114 countries, numbers expected only to rise. The WHO is "deeply concerned both by the alarming levels of spread and severity and the alarming levels of inactivity," Ghebreyesus said. "In the past 2 weeks, the number of cases of COVID-19 outside China has increased 13-fold, and the number of countries has tripled."

WHO: Still possible to turn tide

Tedros and other WHO officials in the briefing, however, emphasized that the organization believes that containment is still possible and called for countries to focus on control rather than on mitigation in the healthcare system. "This is not an escape clause to mitigation," said Michael Ryan, MD, executive director of emergency response. "The difficulty is that, if you do not try to suppress this, it can overwhelm your health system."

Tedros cautioned against focusing on numbers, pointing out that some countries have had some success with aggressive containment strategies. "More than 90% of cases are in just four countries, and two of those countries, China and South Korea, have significantly declining epidemics," he said. Eighty-one countries have reported no cases, and 57 have reported fewer than 10, he added.

He urged countries to avoid apathy. "We cannot say this loudly enough or clearly enough or often enough—that all countries can still change the course of this pandemic," he said. "If countries detect, test, treat, isolate, trace, and mobilize their people in the response, those with a handful of cases can prevent those cases from becoming clusters and those clusters from becoming community transmission. Even countries with clusters can turn the tide against this virus."

Ryan implored people to put aside the blame and come together in solidarity. "Iran and Italy are on the frontline now, they're suffering, but I guarantee that other countries will be in that situation soon," he said.

Countries, Tedros said, need to educate people on how to protect themselves, mobilize their public health teams, and ready their medical workforce for the onslaught of cases and the need for intensive care. Consider Italy, he said, where 900 people are in intensive care, requiring healthcare workers to work long hours in personal protective equipment.

"We have called every day for countries to take urgent and aggressive action," Ghebreyesus said.  "We have rung the alarm bell loud and clear."

Cases, deaths surge around the world

In its daily situation report, the WHO outlined how COVID-19 continues its spread, with Bolivia, Burkina Faso, and Jamaica reporting their first cases. The agency announced a global tally of 118,326 confirmed cases (4,627 new since yesterday) and 4,292 deaths (280 new). The Johns Hopkins online COVID-19 tracker lists 125,108 confirmed cases this afternoon and 4,550 deaths.

Yesterday the International Federation of the Red Cross, UNICEF, and WHO issued new guidance on protecting schoolchildren from the virus. The document offers advice on practical actions and checklists for administrators, children, parents, and teachers.

In hard-hit Iran, where officials announced 881 new cases and 54 new deaths today, the senior vice-president and two other cabinet members have tested positive for COVID-19, according to today's South China Morning Post. Elsewhere in the Middle East, reported cases have grown to 262 in Qatar and 189 in Bahrain, the newspaper reported.

Italy reported 168 new deaths, bringing the total there to 631. The country has identified at least 12,462 total cases, making it second only to China.

Spain, the second hardest-hit European country, reported 615 new cases and 8 more deaths, bringing its case total to 1,639 and the deaths to 36, according to the WHO, but the Johns Hopkins tracker lists 2,277 cases and 54 deaths.

French health officials reported 15 new coronavirus deaths today, bringing that country's number of deaths to 48, according to Reuters. The total number of confirmed cases has also risen to 2,281, up from 497 on Tuesday.

The United Kingdom announced the death of an eighth patient and 83 new cases, raising its total to 456 cases, according to Public Health England. The BBC reports that a junior health minister, Nadine Dorries, is in self-quarantine at home since being diagnosed as having COVID-19.

South Korea, where the epidemic had been declining, reported 242 new cases and 6 more deaths, according to the WHO, for a tally of 7,755 and 60.

Sweden reported its first death today, according to Reuters. The older patient, who had an underlying disease, had been in intensive care at a Stockholm-area hospital.

Sweden has confirmed about 460 cases of the virus since the end of January. One other COVID-19 patient is being treated in intensive care in the same area, the regional health authority said. Today the Public Health Agency asked the Swedish government to ban gatherings of more than 500 people to try to contain the disease.

A 53-year-old British traveler hospitalized in Bali has died, which is a first for the country, according to Reuters. Health officials said that the woman had diabetes, high blood pressure, an overactive thyroid, and lung disease, all risk factors for death.

Lebanon has reported a second death, in a 53-year-old man, the South China Morning Post reports. The country's health ministry said that 37% of its cases have originated in Britain, Egypt, Iran, and Switzerland.

In the United Kingdom, Chancellor Rishi Sunak has pledged adequate resources for the National Health Service (NHS), a "temporary coronavirus business interruption loan scheme" to support small businesses, coverage of the cost of sick pay for businesses with as many as 250 employees, and sick day benefits for self-employed workers, the BBC reported.

In a move similar to that of the US Federal Reserve last week, the Bank of England also announced that it cut interest rates from 0.75% to 0.25% today to help the economy weather the pandemic.

Sir Simon Stevens, NHS chief executive, announced plans to invite "up to 18,000 third year undergraduate nurses to help out on the frontline." Public Health England, which has conducted more than 25,000 tests for the virus, is scaling up to be able to test 10,000 people a day, according to the news agency.

Meanwhile, Brexit talks involving about 150 delegates scheduled for next week may not happen, Cabinet Minister Michael Gove said in The Guardian.

Italian Prime Minister Giuseppe Conte announced Wednesday that the country would set aside the equivalent of $28.3 billion to tackle the crisis. Meanwhile, Albania, Malta, and Spain have halted all inbound flights from Italy. Air Canada and British Airways have also halted all flights to Italy, while Austria, Malta, and Slovenia have closed their borders to Italy, according to NPR.

Spanish officials announced Wednesday that they have closed all state-run museums, including the Prado, Reuters reported. Madrid had already closed schools and halted large gatherings, as have the Rioja region and Basque Country.

Saudi Arabia, which has banned travel to and from 14 countries and canceled pilgrimages to Mecca and Medina, announced today that all cinemas are closed until further notice, according to the South China Morning Post. Kuwait has announced a 2-week shutdown of the country.

Israel, which has reported 77 cases, announced an equivalent of a $2.8 billion package to stabilize the economy, doubling a previously announced fund to help businesses and the healthcare system, the South China Morning Post reported.

Meanwhile, China continues its slow recovery. Local officials in China have begun relaxing travel restrictions it imposed in January. The Japanese automaker Nissan said today that it would restart manufacturing at two plants in China, including one in Hubei providence, according to NPR.