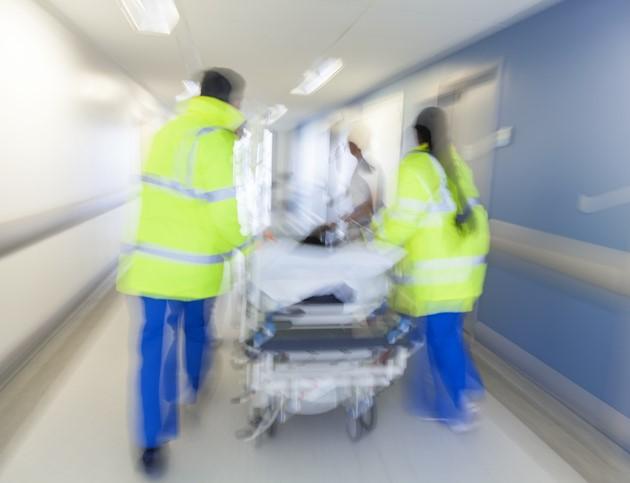 The Milan-based authors used data gathered since Mar 7 to create linear and exponential models to project regional ICU demand to Mar 20. They said that their linear model predicted that 869 patients could require ICU admission by Mar 20, while their exponential model pushed that figure to 14,542.

"Even though these projections are hypothetical and involve various assumptions, any substantial increase in the number of critically ill patients would rapidly exceed total ICU capacity, without even considering other critical admissions, such as for trauma, stroke, and other emergencies," they wrote in what they said is the first report on the effects of the COVID-19 outbreak on ICU capacity from a country other than China.

The report echoes earlier warnings from Italian doctors about an ICU surge and possible need for life-or-death decisions, as in wartime or natural disasters.

Staggering under outbreak with lack of resources

Yesterday, Italy reported 368 more COVID-19 deaths, its biggest one-day increase, putting the death toll at 1,809, according to Reuters. Nearly 25,000 infections have been reported.

Meanwhile, Médecins Sans Frontières (MSF) announced in a press release today that it is working in four Italian hospitals, where shortages of personal protective equipment (PPE) have left many healthcare workers exposed to the virus. About 1,700 healthcare workers (8% of the total cases in Italy) are now infected, and some have died.

"Even in high-level European hospitals, we see health workers are overwhelmed, coping with up to 80 ambulances per day, with dramatic shortages of protective equipment that puts them at great risk," said Claudia Lodesani, MD, MSF president in Italy. "Some doctors are forced to wear the same face mask for 12 hours."

Lessons from the front lines

The Lombardy doctors said that two major measures may have alleviated the severe stress the outbreak has placed on the region's health systems: an immediate increase in COVID-19 lab testing and creation of a large facility just for infected patients. But more must be done to quell the pressure. "Importantly, the forecasts show that increasing ICU capacity is simply not enough," they said. "More resources should be invested to contain the epidemic."

Their experience, they wrote, suggests that healthcare systems not organized in collaborative emergency networks should create one and that strict enforcement of community quarantines is needed. "In practice, the health care system cannot sustain an uncontrolled outbreak, and stronger containment measures are now the only realistic option to avoid the total collapse of the ICU system," they said.

The northwestern Italy outbreak was first identified on Feb 20, when a patient in his 30s admitted to an ICU in Lodi tested positive for the novel coronavirus. Less than 24 hours later, the number of reported infected patients, none of whom had had contact with the index patient or those identified elsewhere in Italy, rose to 36.

On Feb 21, the Lombardy government and local health officials formed an emergency task force to try to manage the outbreak.

Before the epidemic, the 74 Lombardy hospitals had about 720 ICU beds (2.9% of total beds), and up to 90% of them are usually occupied in the winter, according to the authors. The COVID-19 Lombardy ICU Network prioritized increased surge capacity and instituting containment measures, they said.

Assuming community transmission, the network forecasted hundreds to thousands of infections. Because all critically ill patients couldn't be treated in a single ICU, patients were sent to one of 15 first-responder hub hospitals with infectious disease expertise or membership in a respiratory failure network.

Hospitals were asked to create separate areas for patients with COVID-19, organize a triage area equipped with mechanical ventilation equipment, develop protocols to test (and possibly treat) symptomatic patients, supply PPE to health workers and train them, and report all patients with suspected or confirmed infection to the regional coordinating center.

All nonurgent hospital procedures were canceled to open and staff another 482 ICU beds (roughly 60% of the total pre-crisis capacity) in the first 18 days, according to the authors. At the same time, local health officials quarantined several towns, and the ICU network urged the government to enforce quarantines and strict self-isolation.

From Mar 1 to 14, 16% of all inpatients (n = 556) were admitted to ICUs with COVID-19. Critically ill (at first COVID-19–negative) patients have been transferred to ICUs outside Lombardy through a national coordinating emergency office.

Higher ICU need in Italy than in China

The surge in ICU patients has been "overwhelming," the doctors said, with ICU admissions representing 12% of total COVID-19 cases and 16% of all hospitalized patients.

These proportions are higher than those in China, where only 5% of hospitalized patients needed intensive care. "It is possible that criteria for ICU admission were different between the countries, but this seems unlikely," they wrote. "Another explanation is that the Italian population is different from the Chinese population, with predisposing factors such as race, age, and comorbidities."

Now officials are planning a new "hub-and-spoke" system for lab testing, creating more ICU capacity, and enforcing stronger community containment. The government has allocated emergency funding and more healthcare workers and equipment to ensure that patients who need an ICU bed have one.

Lodesani, of the MSF, said that the ability of the healthcare system to care for infected patients hinges on the ability of countries to cooperate in the production and distribution of supplies. "Without an influx of urgently needed protective equipment, more healthcare workers will fall ill, reducing the availability of care for patients, generating new clusters of cases, and dangerously weakening the fight against the disease," she said.