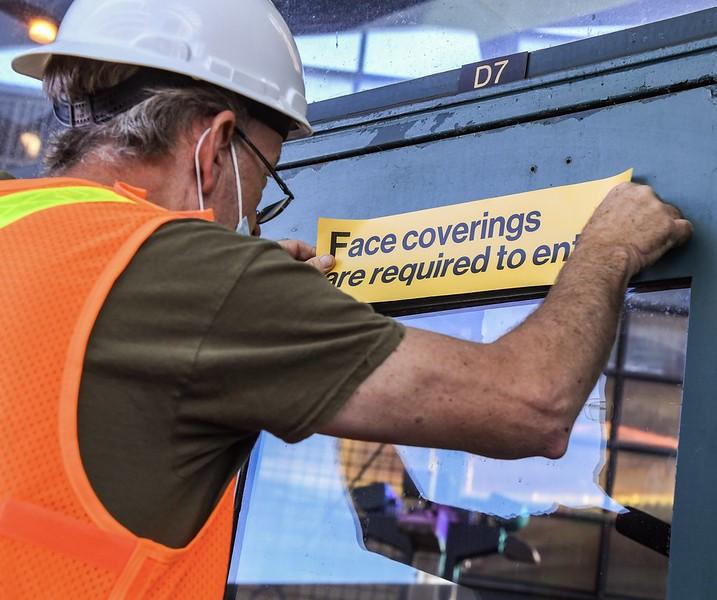 The overall decrease in COVID-19 cases in the United States is being driven by declines in New York, Connecticut, and New Jersey, but cases are surging in a handful of other states in the wake of reopening local economies, including Arizona, Arkansas, California, Florida, North Carolina, Texas, and Utah.

Texas, Illinois, and Florida have also each averaged more than 1,000 new cases per day in the past week.

And states with smaller outbreaks, including North Carolina and Arkansas, recorded 1-day records over the weekend.

"It’s a very mixed picture,"said Wafaa El-Sadr, MD, MPH, MPA, an epidemiologist at Columbia University, told Fox News yesterday. "If you take out the impact of New York, New Jersey, Connecticut and so on, you’d have a much more worrisome picture of what’s happening in the U.S., " she said.

Experts say these surges are linked to both reopening and increased testing. Hospitalization and testing positivity rates in all states currently seeing an increase in cases are relatively flat, though those statistics can lag behind newly confirmed cases.

In total, the United States is reporting, on average, 20,000 cases per day (down from 30,000 per day in April) and will likely see 2 million cases counted by midweek. According to the COVID-19 tracker maintained by Johns Hopkins University, the US total is 1,954,236, including 110,845 fatalities.

New York City gets back to work

Today, 100 days after the first coronavirus case was confirmed in New York City, the city welcomed 400,000 people back to work for limited retail, construction, and manufacturing jobs. Masks are now required on all buses and subways in the city, and the Metro Transit Authority will be cleaning and disinfecting subway cars and buses daily.

"It’s Day 100 since we had our first confirmed COVID case in NYS" said Governor Andrew Cuomo today on Twitter. "No one knew how fast we would be able to control the virus. It all depended on what we all did."

At least 33,000 New Yorkers are tested for the virus each day, and new infections are down to 500 per day, officials said, meaning the city can start reopening. At the peak of COVID-19 activity in New York, more than 800 people were dying each day.

In total, New York state has seen 24,299 COVID-19 deaths and 378,799 cases. In the last 10 days, New York City has been the site of large protests and rallies held in the wake of George Floyd’s death. The city, as well as dozens of cities across the country, do not know how or if these mass gatherings will impact COVID-19 transmission.

According to a project from The Guardian and Kaiser Health News, 600 frontline healthcare workers in the United States have died from COVID-19, including nurses, doctors, and nursing home staff. The tally is recorded in “Lost on the Frontline,” which aims to verify every health worker who dies during the pandemic.

The project, which will eventually include a public database, will be updated twice weekly going forward. It will only include health workers who contracted the virus while working.

Concerns about frontline infections have been exacerbated by the continued shortage of N95 respirators in hospitals and clinics. Yesterday the Food and Drug Administration (FDA) warned that some N95s made in China should not be reused after decontamination.

Several N95s were given Emergency Use Authorizations (EUA) for decontamination by the FDA, which have now been revoked, including revising EUAs to no longer authorize decontamination or reuse of respirators that have exhalation valves.

The Centers for Disease Control and Prevention (CDC) also warned last week that several Chinese-manufactured N95s were counterfeit, and the sellers falsely claimed they were approved by the National Institute for Occupational Safety and Health.

CNN reports the US supply of remdesivir, the only proven therapeutic used to treat COVID-19, will run out by the end of June.

The drug was originally developed as an antiviral to be used in Ebola infections. Recent studies have shown the drug is moderately effective in reducing COVID-19 hospital stays from 15 to 11 days.

AstraZeneca has approached Gilead, the maker of remdesivir, about a possible merger. If the merger took place, it would make the two companies the largest in the world targeting the novel coronavirus.