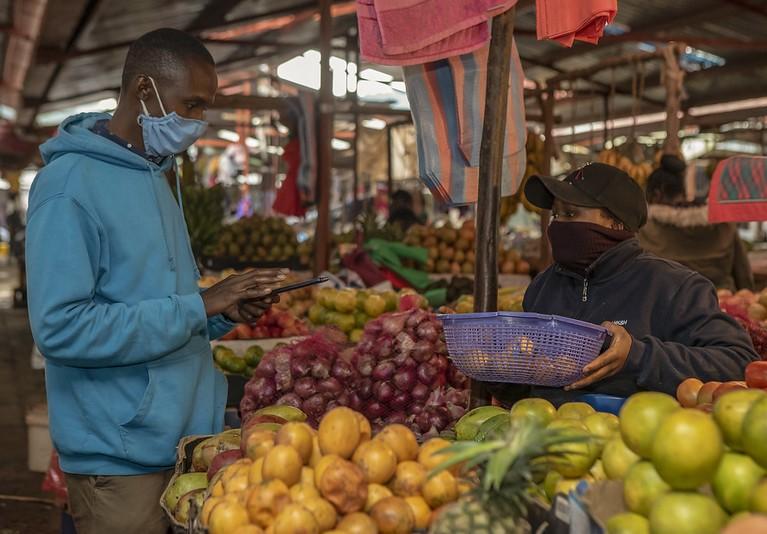 COVID-19 activity in parts of Africa has grown exponentially over the past 2 weeks, raising worries that the region could become the next pandemic epicenter in the weeks and months ahead, according to an update from the World Health Organization (WHO).

The world's case total climbed to 3,646,206, and at least 255,096 have died from their infections, according to the Johns Hopkins online dashboard.

For the week ending May 3, COVID-19 cases in Africa increased by 41%, with the region's total rising to 29,463 cases and 1,079 deaths, the WHO African regional office said yesterday in its weekly update. Comoros recently reported its first case, leaving Lesotho as the only country in Africa with no confirmed infections.

Countries that reported sharp rises over the past week include Guinea-Bissau, Central African Republic, Sao and Principe, Eswatini, and Gabon.

Ten countries account for 80% of Africa's cases, and transmission is widespread in seven of them. Overall, the five hardest hit countries include South Africa, Algeria, Nigeria, Ghana, and Cameroon. And so far, 826 healthcare worker infections from 27 countries have been reported.

Deaths rose by 25% last week, and six countries have very high case fatality rates, with Liberia the highest at 11.4%.

On a positive note, the WHO said a few countries, including Eritrea, Namibia, and Seychelles, have gone 10 days with no new cases. The WHO is urging all countries to scale up their response efforts, including communication campaigns to highlight the importance of physical distancing, hand washing, and cough etiquette.

In other African developments, recent media reports of mysterious deaths in Nigeria's Kano state have been linked to COVID-19 based on an investigation by the country's presidential task force, the online newspaper Report Afrique reported on May 3.

More than 640 people had died from an unidentified illness, and state health officials initially denied that they were related to COVID-19. Officials expect to issue a report on the deaths in the next week.

In another development, the WHO's African regional office said yesterday that it welcomed new approaches to treating COVID-19, including repurposed drugs, traditional medicines, and new therapies, and said traditional medicine has a long history and an important role in Africa. However, it added that medicinal plants that are being considered as possible treatments, such as Artemesia annua, should be tested for efficacy and possible side effects.

The statement comes in the wake of a report that at least three African leaders have announced plans to import large quantities of an herbal tonic based on the artemisia plant that Madagascar's president has launched with claims that it can cure the virus, the BBC reported.

The WHO said, "Africans deserve to use medicine tested to the same standards as people in the rest of the world." It said it is working with research institutions to select traditional medicine products that can be investigated for efficacy and safety as COVID-19 treatments.

The United Kingdom's deaths from COVID-19 have now passed Italy, making UK fatalities the highest in Europe. The UK's death toll today rose to 29,427, with Italy's number at 29,315. The only country with a higher fatality count is the United States.

The UK's foreign secretary Dominic Raab said the real verdict on how countries responded to their outbreaks won't be fully available until the pandemic is over, CNN reported. Last week, the UK government began adding data on deaths outside of hospitals.

Meanwhile, Russia's surge of cases continued today, with 10,102 more illnesses reported, down slightly from 10,581 yesterday, according to Reuters. Tomorrow at a meeting with officials President Vladimir Putin is expected to consider a list of recommendations for easing the country's lockdown, the Moscow Times reported.

Indonesia today reported a daily high number of cases, adding 484 to its total of 12,071, Reuters reported.

The rise in cases comes 1 day after government officials said cases were declining and that distancing measures might be loosened, the Jakarta Post said today. The area around Jakarta is the country's hot spot, and the country's National Disaster Mitigation Agency said in late April that cases there have rapidly slowed and flattened.

Experts, however, have urged further study into the country's trends, warning that limited testing could lead to underreporting or late reporting of cases.

Elsewhere in Asia, Hong Kong, one of the first affected locations outside of China, today announced it will relax restrictions on public gatherings (easing the limit from four to eight people) on May 8, Reuters reported.

The measure allows gyms, movie theaters, and beauty shop to reopen by the end of the week. After battling a resurgence, Hong Kong hasn't reported any local transmission cases for 2 weeks and has reported no cases for 7 of the past 10 days.

China today reported one new case, an imported infection, along with 15 more asymptomatic cases, all of them local, the National Health Commission said in its daily update.