Fauci: Vaccine at least year away, as COVID-19 death toll rises to 9 in Seattle 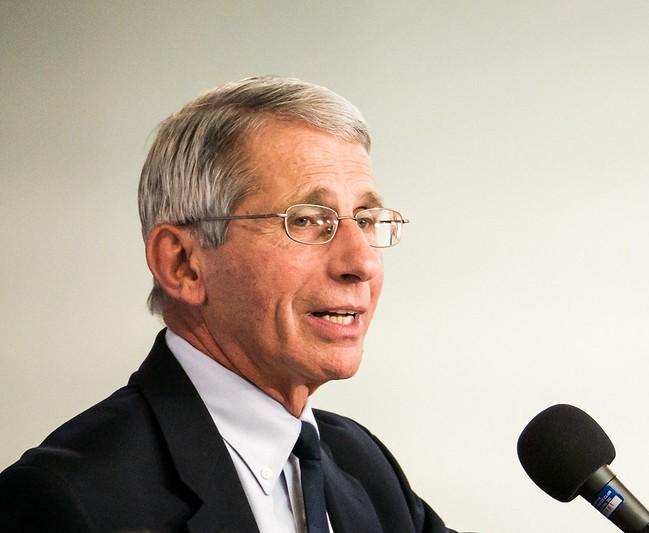 Today US public health leaders addressed a Senate committee hearing and clarified the country's response to the growing COVID-19 outbreak that is now seeded in multiple communities.

"It will take at least a year to a year in a half to have a vaccine we can use," said National Institute of Allergy and Infectious Diseases (NIAID) director Anthony Fauci, MD. Though work on a novel coronavirus vaccine has been some of the fastest on record, Fauci said, he explained to senators that a vaccine candidate must be proven safe and efficacious in a multi-step trial process.

Senators also asked questions of the Centers for Disease Control and Prevention (CDC) Principal Deputy Director Anne Schuchat, MD, about CDC testing, and lawmakers were told several times throughout the hearing that public health labs would see a major increase in testing capacity by the end of the week.

Fauci also said the United States was "pretty close" to a COVID-19 blood test that could quickly and easily be used in clinics and hospitals.

In addition to testing, the officials assured lawmakers that yesterday the Food and Drug Administration (FDA) granted an Emergency Use Authorization that would greatly increase the supply of masks in the country.

"The FDA granted the CDC’s request for an emergency use authorization (EUA) to allow health care personnel to use certain industrial respirators during the COVID-19 outbreak in health care settings," the FDA said in a statement yesterday. "The FDA concluded that respirators approved by NIOSH, but not currently meeting the FDA's requirements, may be effective in preventing health care personnel from airborne exposure, including COVID-19, which can cause serious or life-threatening disease, including severe respiratory illness."

The EUA does not apply to the public, the FDA warned, and said respirators are most useful in the hands of healthcare workers.

At the hearing was Health and Human Services (HHS) Assistant Secretary for Preparedness and Response, Robert Kadlec, MD. HHS announced today that Kadlec will be managing the response across the government's health agencies and will report directly to HHS Secretary Alex Azar, Politico reported.

Also today, Nancy Messonnier, MD, director of the CDC's National Center for Immunization and Respiratory Diseases, in a press briefing, said that, as of last night there were 60 cases of COVID-19 in Americans who contracted the virus while traveling (22 cases), through close case contact (11 cases), or within the community (27 cases).

There are also 48 cases in repatriated Americans, who contracted the virus in Wuhan or aboard the Diamond Princess cruise ship.

Today both Georgia and North Carolina reported their first infections. This raises the number of states affected to 14.

Messonnier said the CDC will now be updating COVID-19 case counts on its website daily at noon Eastern Time but added that states performing their own tests may confirm cases faster than the CDC.

"There may be a day when we only look for severe illnesses," said Messonnier. "What we are seeing abroad is now what is happening in the United States."

Messonnier said the communities experiencing infections will offer the best guidance to citizens, which may include social distancing and self-isolation. She said people over the age of 65 and those with underlying health problems will want to think about how to reduce their exposure to the virus.

"The greatest risk of infection is still in healthcare workers and family members who have close contact with case-patients," Messonnier said.

Death toll in Seattle rises to 9

Two of the deaths (both involving Life Care residents) occurred last week and are now being attributed to the novel coronavirus. All nine US deaths of COVID-19 have occurred in Washington state.

"This is a very fluid, fast-moving situation as we aggressively respond to this outbreak," said Jeff Duchin, MD, Seattle & King County public health officer, in a press release. "People with suspected or confirmed exposure to COVID-19 should reach out to their healthcare provider. As public health professionals we really appreciate clinicians on the front lines of patient care and they are critical to this response."

Kirkland officials said 27 firefighters and 2 police officers are in quarantine after being exposed to patients.

"We anticipate that this could continue to happen as the situation evolves. We have also been notified that some of our firefighters in quarantine are demonstrating flu like symptoms," the city said in a news release. "We are working closely with Public Health – Seattle & King County and adhering to their testing protocols."

The newly reported patient in North Carolina, the state's first, had recently visited the Life Care nursing home in Washington. News media in North Carolina are reporting the patient is being treated at home, in isolation.

New York City officials, meanwhile, reported a second case. The man, in his 50s, lives in Westchester County and works in Manhattan. He had no recent travel history or known case contact, which suggests the virus may be spreading more widely in New York City than previously thought, the New York Times reported.

Finally today, Florida officials said the state's third presumptive positive case has been identified in a woman in Hillsborough County. She is the sister of another case-patient who contracted COVID-19 on a recent trip to Italy.