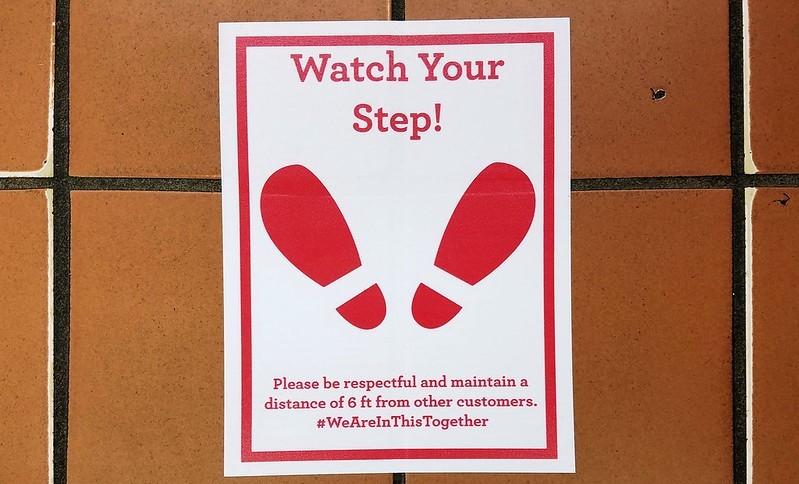 Today the White House's national physical (social) distancing guidelines—"15 days and 30 days to slow the spread"—expired, leaving the opening of states now in the hands of governors who are attempting to balance public health guidelines, the realities of testing, and mounting economic pressure to reopen communities.

The guidelines, which were not enforced by law, recommended against non-essential travel, shopping trips, and social visits. All social gatherings of more than 10 people were also discouraged.

The president, who originally wanted the country open by Easter Sunday (Apr 12), said yesterday he planned to start traveling again and wanted to return to campaign rallies.

"We're gonna start to move around, and hopefully in the not too distant future, we'll have some massive rallies and people will be sitting next to each other," Trump said yesterday, according to ABC News.

LA says testing available for all

Today Los Angeles Mayor Eric Garcetti announced every resident of that city, whether symptomatic or asymptomatic, will be able to receive a free COVID-19 test. Los Angeles has about half of California's total number of 46,500 cases.

Governors across the country have warned that case counts will continue to rise as testing is scaled up to demand. Yesterday the National Institutes of Health (NIH) announced a new initiative, the Rapid Acceleration of Diagnostics (RADx), which is a $1.5 billion investment from federal stimulus funding into new testing ideas.

"We need all innovators, from the basement to the boardroom, to come together to advance diagnostic technologies, no matter where they are in development," said NIH Director Francis Collins, MD, PhD, in a press release. "Now is the time for that unmatched American ingenuity to bring the best and most innovative technologies forward to make testing for COVID-19 widely available."

Several states have announced reopening that coincide with the lifting of federal guidelines. Florida Governor Ron DeSantis announced today his state will allow restaurants and most retailers to resume business on Monday, May 4, at 25% capacity, and that elective surgeries can begin again.

Schools, bars, and movie theaters will remain closed for the time being. According to Bloomberg News, DeSantis said the first phase of reopening would exclude the counties of Miami-Dade, Broward, and Palm Beach, which are three of the most populous and account for 59% of the state's COVID-19 cases.

DeSantis also said that new, strict restrictions concerning Florida's nursing homes have helped curbed the spread of the virus in that state.

A new report in the Washington Post shows that the number of COIVD-19 cases in nursing homes has soared in the last week, and that 1 in 6 facilities nationwide have a confirmed case among staff or residents.

While not all states have made nursing home data public, the Washington Post found that in five states —Maryland, Massachusetts, Connecticut, Georgia and New Jersey — the virus has struck the majority of nursing homes. In New Jersey, 80% of the state's nursing homes have infections.

Last week, the Centers for Medicare and Medicaid Services mandated all nursing homes report cases of COVID-19 to families, patients, and the federal government.

Yesterday the White House announced a new Manhattan-style project that aims to have 300 million doses of vaccine available by January. If completed, it will be a record-breaking timeline for US vaccine development, and the fastest vaccine timeline since the creation of a mumps vaccine in 4 years in the 1950s.

The announcement came a day before leaders in the US intelligence community announced they did not have evidence the novel coronavirus was a manmade weapon.

"The Intelligence Community [IC] also concurs with the wide scientific consensus that the COVID-19 virus was not manmade or genetically modified," the leaders said in a statement released today from the Office of the Director of National Intelligence. "The IC will continue to rigorously examine emerging information and intelligence to determine whether the outbreak began through contact with infected animals or if it was the result of an accident at a laboratory in Wuhan."

In recent days, President Trump has signaled he believes China may have intentionally unleashed the virus.