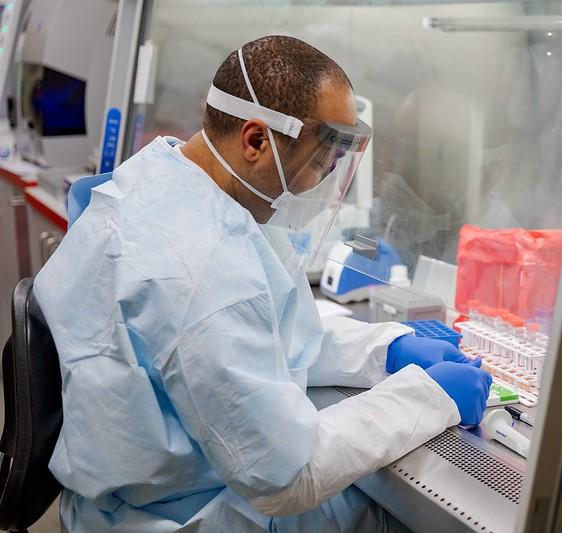 Yesterday, the US Department Health and Human Services rescinded guidance that mandated that COVID-19 tests gain approval from the Food and Drug Administration (FDA) before use, under an executive order from President Donald Trump.

"As part of HHS's ongoing department-wide review of regulatory flexibilities enacted since the start of COVID-19, the department has determined that the Food and Drug Administration ("FDA") will not require premarket review of laboratory developed tests ("LDT") absent notice-and-comment rule making," HHS said in a document posted to its website yesterday.

The decision will allow private and commercial laboratories to manufacture and administer tests, including labs controlled by Quest Diagnostics and LabCorp. According to Politico, most COVID-19 tests currently used in the United States are made by device manufacturers and thus subject to FDA review.

LDT’s are typically not used in a pandemic setting, but because of the failed rollout of the Centers for Disease Control and Prevention’s (CDC's) test in February, the FDA loosened restrictions on the tests to increase testing across the country.

Testing has gone down in recent weeks, despite a 2-month surge of cases across the Sunbelt. Yesterday, the US recorded 47,408 new COVID-19 cases and 1,356 deaths, according to the Johns Hopkins COVID-19 tracker.

The United States total now stands at 5,562,440 cases and 173,882 deaths. Also today, Florida became the fifth state to reach the grim milestone of more than 10,000 deaths, a marker Texas hit earlier this week.

In an effort to increase uptake of childhood vaccines, the HHS also announced yesterday that licensed pharmacists can administer FDA-approved vaccines to children ages 3 to 18.

"Today’s action means easier access to lifesaving vaccines for our children, as we seek to ensure immunization rates remain high during the COVID-19 pandemic," said HHS Secretary Alex Azar in a press release. "The Trump Administration has worked to allow pharmacists—alongside all of America’s heroic healthcare workers—to practice at the top of their license, empowering the public with more options to protect their health and well-being."

In May, the CDC warned that rates of childhood immunizations were dropping across the country as parents feared a trip to the doctor’s office during the early months of the pandemic and stay-at home orders.

In related news, Massachusetts became the first state yesterday to mandate that all children enrolled in public childcare, daycare, K-12, and postsecondary schools receive a flu vaccine by Dec 31.

Experts across the country, including CDC Director Robert Redfield, MD, have warned that it is critical to get a seasonal flu vaccine this year, as COVID-19 and seasonal influenza co-circulate.

Teachers across the country are planning to strike if school districts don’t meet their safety demands for in-person learning in the coming weeks.

In New York City, the nation’s largest school district, in-person hybrid learning, with most students in school buildings just 2 days a week, is set to start on Sep 10. Yesterday, the president of the city’s teachers union said that Mayor Bill DeBlasio needs to make major changes to meet the union's criteria for a safe reopening of schools, and if he doesn’t, teachers are prepared to strike.

According to National Public Radio, the union calls for testing all students and staff members no more than 10 days before the start of school. The union also calls for all schools to meet criteria on a three-page safety document.

In Detroit, teachers voted last night to authorize a potential strike over safety concerns regarding the Detroit school district's plans to reopen. Over 90% of the teachers in Detroit’s union agreed to this safety strike.

"Over the past few months our members have raised concerns regarding the District’s reopening plan," said Detroit Federation of Teachers President Terrence Martin. "Choice on whether to work remotely or in person is yet to be codified with signatures and guaranteed for all our members. It is imperative that the District puts protocols in place to protect both staff and students."

And the New York Times reported today that before the pandemic only 40% of public schools in the country had a full-time school nurse, and 25% had no nurse at all. Though some districts have hired more nurses in light of COVID-19, there is no national plan to increase staffing.

In related news, yesterday Trump continued to push for college and university campuses to remain open even as recent outbreaks have halted in-person learning just days into the semester. "For university students the likelihood of severe illness is less than or equal to the risk of a seasonal flu," Trump said Wednesday during a press briefing.