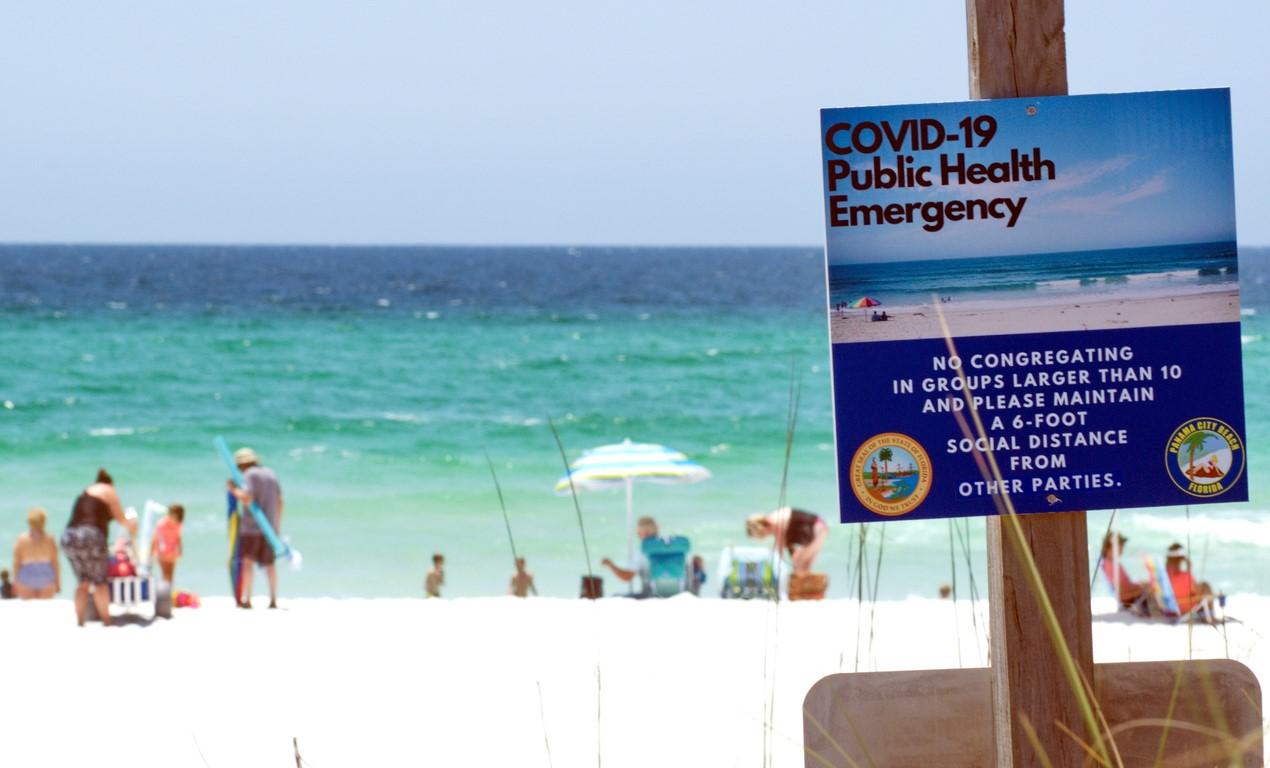 According to the Washington Post, 29 states in the past 7 days have recorded increasing COVID-19 case counts, and Florida has joined New York, New Jersey, Illinois, California, Texas, and Massachusetts in states reporting more than 100,000 cases.

Today the Sunshine State recorded 2,926 cases, bringing its official total to 100,217 cases, including 3,173 deaths. The Miami Herald says new cases have been trending upward since mid-May, when the state started relaxing physical distancing and stay-at-home measures. The uptick could not be solely explained by an increase in testing, the paper argues.

Data released by the Florida state government last week shows that, in select counties, the average age of new COVID-19 patients hovers around 30, signaling a shift away from nursing home outbreaks.

On Jun 20, Florida Health, the state's department of public health, issued an advisory urging citizens to avoid gatherings of more than 50 people, to wear a cloth mask in public, and to limit visits outside the home for the elderly or immunocompromised.

"All individuals in Florida should wear masks in any setting where social distancing is not possible," the advisory says. Florida Health also announced it had bought 20 million cloth masks to distribute throughout the state. Florida Health made its announcement on the same day the state recorded a record high of 4,049 new cases.

Florida bars and restaurants in most counties can now operate at 50% capacity. Gyms, retail stores, and salons can operate at full capacity with safety measures in place. Governor Ron DeSantis has signaled that he will not roll back or slow any of the state's reopening plans.

And one of the state's biggest tourist attractions, Disney theme parks, announced plans to reopen from Jul 11 through the 15, requiring masks and temperature checks upon admittance.

In total, the United States has 2,301,123 cases and 120,271 deaths, according to the tracker maintained by Johns Hopkins University.

Cases continued to surge over the weekend in Arizona, California, and Texas. Today Texas Governor Greg Abbott held a press conference to address the increase, and said the virus was spreading at an "unacceptable rate" in the state.

During the press conference, Abbott urged Texans to wear a face covering when in public.

"Wearing a mask will help us to keep Texas open. Not wearing a mask will ultimately lead to the closure of more businesses," Abbott said. Abbott will not issue a statewide mandate on mask use, he said, because virus activity differs too widely across the state's 254 counties. Instead, Abbott has deferred decisions on mask requirements to mayors and county leaders.

The state confirmed nearly 8,300 new cases of COVID-19 over the weekend. For 11 days straight, Texas has set records for hospitalizations, according to the Texas Tribune. In total, the state has 111,601 cases and 2,182 fatalities.

On Twitter, Peter Hotez, MD, PhD, of Baylor College of Medicine's National School of Tropical Medicine wrote that if current trends in Texas continue, "1) Houston would become the worst affected city in the US, maybe rival what we're seeing now in Brazil 2) The masks = good 1st step but simply won't be enough.”

On Jun 20, President Donald Trump at a campaign rally in Tulsa said he asked public health officials to "slow the testing down " for COVID-19.

The next day, Peter Navarro, the White House trade adviser, appeared on CNN and said the administration is preparing for a second wave of virus activity in the fall. "We are filling the stockpile in anticipation of a possible problem in the fall. We are doing everything we can beneath the surface, working as hard as we possibly can," Navarro said.

On “Meet the Press," Michael T. Osterholm, PhD, MPH, director of the University of Minnesota's Center for Infectious Disease Research and Policy, which publishes CIDRAP News, said he no longer believes the virus will taper off, then bring a second wave of infections to the United States in the fall.

"Right now, I don't see this slowing down through the summer or into the fall. I don't think we're going to see one, two, and three waves. I think we're just going to see one very, very difficult forest fire of cases,” he said. "Wherever there's wood to burn, this fire is going to burn, and right now we have a lot of susceptible people."