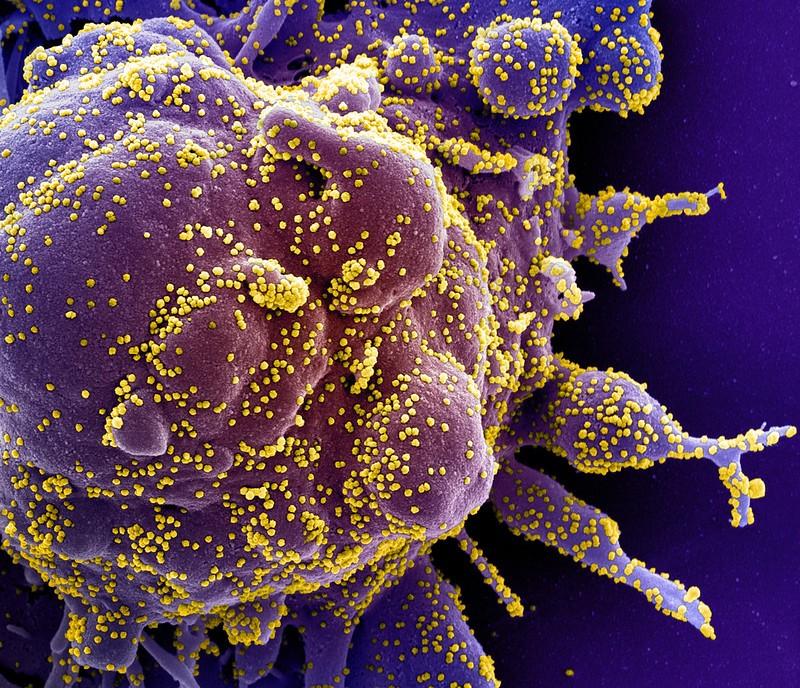 Global COVID-19 numbers crossed two grim thresholds yesterday, with cases passing 10 million and deaths topping 500,000, with cases still rising in a number of hot spots and countries that have controlled their outbreaks battling pockets of resurgence.

The world has been adding about 1 million COVID-19 cases a week, and today the total reached 10,199,798 cases, and 502,947 people have died from their infections, according to the Johns Hopkins online dashboard.

At a World Health Organization (WHO) media briefing today, Director-General Tedros Adhanom Ghebreyesus, PhD, said reaching the 6-month mark and the staggering numbers is a moment for the world to reflect on the progress made and the lessons learned. He said the pandemic has brought out the best and worst in humanity.

"All over the world, we have seen heartwarming acts of resilience, inventiveness, solidarity, and kindness," he said. "But we have also seen concerning signs of stigma, misinformation, and the politicization of the pandemic."

Over the weekend, a pledging event hosted by the European Commission and Global Citizen raised money for the COVID-19 battle, including for the Access to COVID-19 Tools (ACT) Accelerator, designed to speed the equitable distribution of vaccine, drugs, and diagnostics. Tedros said though a vaccine is an important long-term goal, countries need to take five steps now to save lives, the first of which is empowering communities to slow the spread by, for example, observing physical distancing, practicing hand hygiene, and wearing masks when appropriate.

"You may be in a low-risk category, but the choices you make could be the difference between life and death for someone else," Tedros said. The other steps include suppressing transmission by improving surveillance, saving lives through early identification and clinical care, accelerating research, and strong political leadership.

Tedros said the measures have been shown to slow, but not stop, the virus, and he warned that some countries are experiencing resurgences as they reopen their economies, given that many people are still susceptible to the virus.

The hard reality is that the pandemic is not close to being over, and the world is in the situation together for the long haul, Tedros said. "We have already lost so much – but we cannot lose hope," he said.

In another WHO development today, in response to a question about finding the zoonotic source of the outbreak, Tedros said the WHO is sending a team to China next week to collaborate on the investigation. "Knowing the source of the virus is very important," he said. "We can fight it better when we know everything about it."

At today's briefing, Mike Ryan, MD, who leads the WHO's health emergencies program, said countries in the Americas make up about half of the global cases and nearly half of the deaths.

Brazil continues to report more than 30,000 cases a day and has an epic challenge on its hands. However, he emphasized that Brazil has a proud history of battling infectious diseases and has excellent scientific institutions. Though the WHO encourages Brazil to take a more coordinated federal and state response, he said no country is without faults or challenges.

Over the past week, the United States has also averaged roughly 30,000 new cases each day.

Elsewhere, India reported nearly 20,000 cases for a second day in a row, and health officials extended a lockdown in Mumbai for another month, Reuters reported. Maharashtra state in the western part of the country, where cases are rising in the cities of Mumbai, Pune, and Aurangabad, also extended its lockdown until the end of July.

In New Delhi, officials partly opened a COVID-19 treatment center, the biggest in India, CNN reported. The facility, open now with 2,000 beds, will have capacity to treat 10,000 patients.

Meanwhile, the WHO's Eastern Mediterranean region passed the 1 million case mark yesterday, its office said in a statement. Cases and deaths are increasing in Iran, Iraq, Libya, Morocco, the Palestinian Territory, and Oman. The WHO also said that it is worried about COVID-19 spread in war-torn countries such as Syria, Yemen, and Libya, with their already fragile health systems weakened by conflict.

Ahmed Al-Mandhari, MD, PhD, the head of WHO's regional office, said the million-case milestone is concerning, coming at a time when many countries are relaxing their restrictions. He urged communities to remain vigilant and also be aware of the risk of resurgence after borders reopen. "Sadly, we cannot behave as if the situation will go 'back to normal.' In the coming period, we need to see a shift in attitudes and actions," he said.

A COVID-19 vaccine developed in China by CanSino Biologics announced that the Chinese military has conditionally approved it for use, marking the first COVID-19 to receive any regulatory approval, Reuters reported.

The vaccine, called Ad5-nCoV, was shown to be safe and potentially effective in clinical trials. It is one of eight Chinese COVID-19 vaccine in development.

The military's approval is in effect for 1 year and is limited to military use.

In another Chinese COVID-19 development, a lockdown has been ordered for a county in Hebei province—located about 93 miles from Beijing—to stem a COVID-19 cluster related to an outbreak linked to a large wholesale food market in Beijing, the Taipei Times reported.

The lockdown in Anxin County affects nearly 500,000 people. About 14 cases have been reported from the area, including 11 reportedly linked to the Beijing market.

Beijing reported 14 new cases in the outbreak, raising the total to 311.