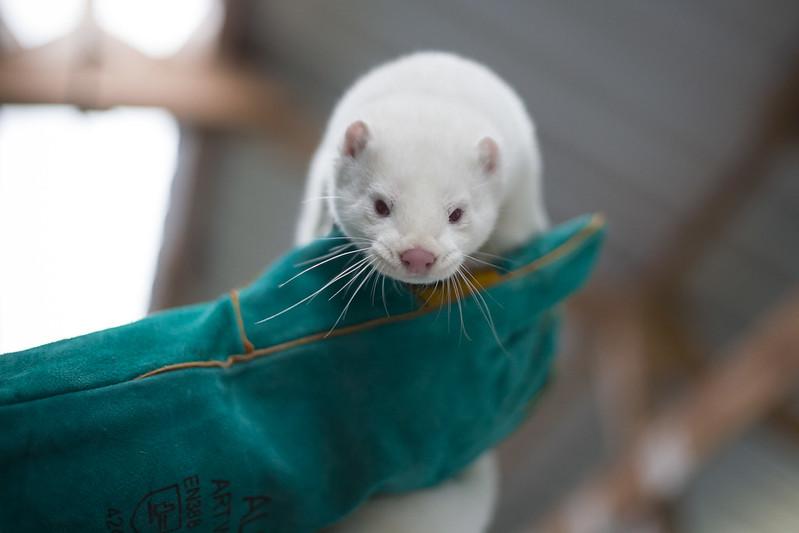 With COVID-19 levels surging in Europe and the United States, the world was on track today to record its highest single-day case total as the pandemic total sped past 49 million cases and health officials weighed in on a mink variant of the virus.

The World Health Organization (WHO) online dashboard showed that nearly 582,000 cases have been recorded today so far, with more to be reported.

At a WHO media telebriefing today, Director-General Tedros Adhanom Ghebreyesus, PhD, said 21 countries so far have conducted intra-action reviews to learn lessons from and strengthen their COVID-19 response, as suggested by the World Health Assembly back in May. He noted that reviews by other countries are in progress.

Tedros urged more countries to do the same and said the best time to conduct a review of emergency response capacity is during an emergency. "There's hope, and now is the time to double down on efforts to tackle this virus," he said. "Wherever a country is in terms of the outbreak, countries can turn it around by driving a whole-of-government and whole-of-society response."

In other WHO developments, the group and UNICEF today launched a $655 million emergency appeal to boost measles and polio vaccination, which have been suspended or slowed due to the pandemic. Tedros said health officials are starting to see outbreaks of diseases like polio, measles, and pneumonia in children, especially those in high-risk areas.

European countries continue to report record-high single-day case totals, including France, with 60,486 new cases. Others include Russia, where daily cases topped 20,000 for the first time, and Sweden, which reported 4,697 new cases today.

In the United Kingdom, which just entered a 1-month lockdown, government officials said cases have leveled off some to about 50,000 a day, Reuters reported.

The European Center for Disease Prevention and Control (ECDC) said today that it will assess the human implications of extensive spread of SARS-CoV-2, the virus that causes COVID-19, at Danish mink farms. In a statement, it said as of Nov 3, 197 farms have been affected, and Denmark has taken strong control measures, which include culling the entire mink population, restricting movements of people in the farm areas, and conducing enhanced testing in the population.

When the virus is introduced to mink farms from humans, it can spread quickly, and possibly due to biological differences between minks and people, can accumulate mutations, which result in variants with the potential to jump back into humans.

The statement said that Denmark's Statens Serum Institute (SSI) found seven unique mutations on the variant virus' spike protein in mink, with the variant also found in humans. It said the possibility of an antigenic mutation could have implications for immunity, reinfections, and vaccine effectiveness, but currently, there's a high level of uncertainty.

Further analyses are needed, and the ECDC said it is in close contact with Danish officials and will publish a risk assessment by Nov 12.

In its weekly communicable disease threat report today, the ECDC said five different clusters of mink variants have been found in Denmark and that a variant from one cluster showed less sensitivity to neutralizing antibodies from people with previous COVID-19 infection.

Tyra Krause, MD, PhD, of SSI, said so far the variant has been detected in 12 people and that more such cases are likely to be identified in the weeks ahead, NBC News reported.

At today's WHO media briefing, Maria Van Kerkhove, PhD, the WHO's technical lead for COVID-19, said mutations are normal, and each change needs to be evaluated to see if the affected viruses behave differently. And Mike Ryan, MD, who directs the WHO's health emergencies program, said currently, evidence doesn't suggest there are any differences in the way the variant virus behaves and that it might have a slightly different signature but is still the same virus. However, he added that further evidence is needed.

WHO officials also added that the organization is working with its global health partners on a risk assessment of the variant virus.

Peter Ben Embarek, PhD, a food safety and animal disease expert with the WHO, said minks are raised in a range of conditions in different countries, some with farm environments that are easier to control. He added that the risk of the virus passing from other livestock such as cattle and poultry may be much less, because they're not as susceptible as mink and can't sustain and spread SARS-CoV-2 in the same way.