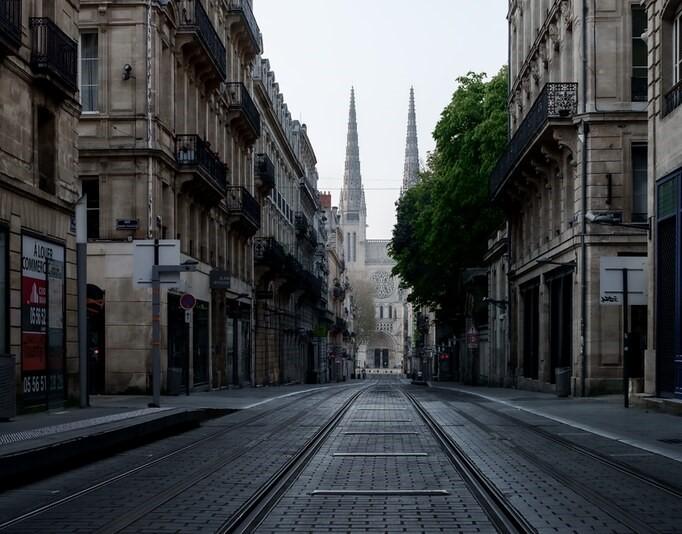 A steady surge of COVID-19 activity on many continents pushed the global pandemic total past 850,000 infections today and sent the number of deaths over 41,000.

In research developments, a team from the United Kingdom published a new case-fatality rate estimate of 1.4%, based on all available data on deaths in and outside of China, and another group found that illness rates in South Korea trended younger and more female compared with patterns seen in China's outbreak.

The latest global total stands at 850,583 cases from 180 countries, with 41,654 deaths, according to the Johns Hopkins online dashboard.

Elsewhere in Europe, the United Kingdom today reported 3,009 more cases, along with 381 more deaths. And Turkey reported 2,704 cases, up dramatically from the 1,610 it reported yesterday. So far, the country has reported 168 deaths.

In a related research development today, a new report from modeling experts at Imperial College London estimates that nonpharmaceutical interventions such as social distancing as of today have saved 59,000 lives.

Elsewhere in the world, some countries such as Iran are reported a steady stream of new cases and deaths, while others—such as Indian and the Philippines—are seeing accelerating activity. Still others are working to prevent a resurgence.

The Philippines reported 538 new cases today, up sharply from the 128 it reported yesterday, lifting its total to 2,084, with 88 deaths.

In India, where pandemic activity is picking up steam and migrant workers and other groups are struggling with the effects of the country's new lockdown, health officials reported 146 new cases, for a total of 1,397.

In Asia, Japan today confirmed 87 more cases, 20 of them from airport quarantine, raising its total to 1,953 according to the country's health ministry. Japan's COVID-19 cases have risen slower than other countries, but it has been experiencing an uptick in cases in the Tokyo area.

South Korea today reported 125 more cases, lifting its total to 9,786, according an update from the Korea Centers for Disease Control and Prevention. Of those, 29 were imported cases, mostly from Europe or the United States. Most international travelers are now required to self-quarantine before entering the country.

Singapore today reported 47 new cases today, 16 of them imported, and Hong Kong reported 32 new cases, 24 of them with a travel history.

In research developments today, scientists from the MRC Center for Global Infectious Disease Analysis at Imperial College London estimated that symptom onset to death is 18 days and that the case-fatality rate (CFR) in and outside of China is 1.4%, but declined to 0.66 after adjusting for undiagnosed cases. The team, which based its findings on case data from people who died from COVID-19, published its findings yesterday in The Lancet Infectious Diseases.

In a related commentary in the same issue, Shigui Ruan, PhD, with the mathematics department at the University of Miami in Florida, wrote that estimating the CFR in real time is challenging, but it's an important piece of information to guide the outbreak response. He added that estimates might vary country to country based on several factors, including differences in prevention, control, preparedness, healthcare availability, and mitigation policies, and because the CFR is substantially affected by the preparedness and availability of healthcare.

Michael T. Osterholm, PhD, MPH, said one problem with the study's conclusions is that it doesn't factor in comorbidity risk factors, especially obesity, which is rare in China but much more common in the United States, where 45% of men and woman are moderately to severely obese.

He said his conversations with medical colleagues in New York City reveal that the number one risk factor for severe disease and death there is obesity. Osterholm is directory of the University of Minnesota's Center for Infectious Disease Research and Policy (CIDRAP), which publishes CIDRAP News.

The study's authors acknowledge that reality. They write, "Mortality can also be expected to vary with the underlying health of specific populations, given that the risks associated with COVID-19 will be heavily influenced by the presence of underlying comorbidities."

In the other study, researchers from the United States and Korea found differences in illness and death patterns by age and gender when they compared data from South Korea with data from China. They published their findings today in Clinical Infectious Diseases.

The researchers said the younger tilt in South Korea's cases may reflect lower rates of physical distancing and compliance with quarantine measures in younger people.