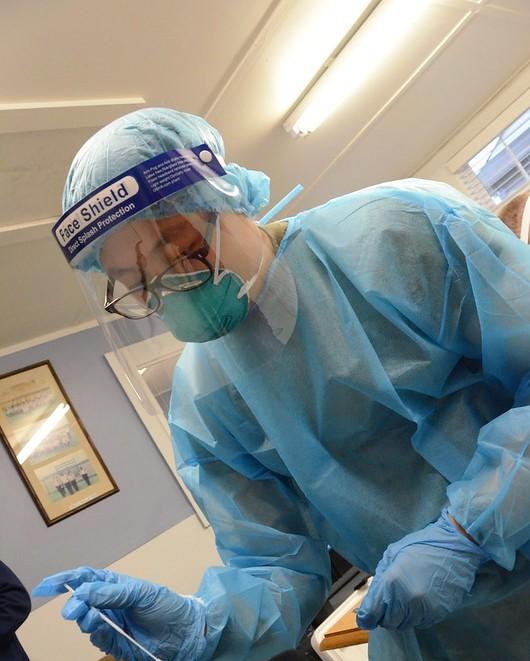 In its weekly snapshot of global COVID-19 trends, the World Health Organization (WHO) said yesterday that after lower reporting over the 2-week holiday period, cases and deaths are on the rise again in all but one of its regions and that 50 countries have now detected the more transmissible B117 variant first detected in the United Kingdom.

In a separate announcement today, the WHO said its COVID-19 emergency committee will meet tomorrow for the sixth time to discuss the latest developments and tweak their recommendations.

Cases climbing in most regions

In its situation report, the WHO said all regions are experiencing increased COVID-19 activity, except for South East Asia. Last week, cases were up more than 30% in the Western Pacific, Africa, and Americas regions. The five countries reporting the most cases were the United States, the United Kingdom, Brazil, Russia, and Germany.

The WHO also acknowledged two more variants of concern linked to Brazil, including B1128, detected by Japan among four travelers from Brazil, and a similar variant that appears to have evolved separately in Brazil, both which have a mutation or mutations that may affect transmissibility and host immunity.

At a Pan American Health Organization (PAHO) briefing today, Director Carissa Etienne, MBBS, MSc, said cases are rising in nearly all countries in the Americas, putting pressure on hospitals in the United States, Canada, and Mexico. In South and Central America, it's too early to assess the impact of the holiday season on COVID-19 patterns, but by early January, cases were already rising in Costa Rica and Belize, with record rises seen in many Caribbean locations.

Etienne urged countries to do everything in their power to be vigilant and control the virus. "Our collective ability to keep up with these measures has the power to determine the trajectory of this year," she said. "If we remain diligent, we have the power to control this virus; if we relax, make no mistake: 2021 could well be far worse than 2020."

In an announcement yesterday, PAHO said it had raised $263 million to battle the virus in the Americas region, which is earmarked for technical support and supplies, including personal protective equipment and test kits.

In other Americas developments, Cuba's cases are surging, with record daily case numbers, and the country has shuttered schools in 34 cities, including much of Havana, according to CNN.

Meanwhile, researchers from Brazil who conducted a phase 3 trials of the CoronaVac vaccine from China-based Sinovac reported an overall efficacy of 50.38%, much lower than 78% in previous trials, according to CNN. The vaccine, based on an inactivated virus, was studied in 12,500 participants from Brazil, and last week, researchers had issued higher efficacy findings based on partial results.

The efficacy, much lower than other COVID-19 vaccines, adds another complicated wrinkle to the rollout of COVID-19 vaccines internationally, given that at least 10 countries have ordered about 380 million doses of CoronaVac, according to the New York Times.

The United Kingdom, the hardest-hit country in the region's third surge, is seeing promising signs of declining cases following a return to lockdown, Prime Minister Boris Johnson said today, though he warned that it's still too early to draw conclusions, according to Reuters.

He added that the effects aren't yet seen in all the countries and that tougher measures might be needed in the weeks ahead to control the spread of the virus, which has been dominated by the B117 variant.

In the wake of the UK's spike, more countries in Europe are now reporting surges and stepping up their measures. Spain today reported a new record daily high of 38,869 cases, according to Reuters, which said in a separate report that three more regions—Galicia, La Rioja, and Cantabria—have now tightened their restrictions, bringing the country's total to five that have recently upped their measures.

Elsewhere, Switzerland today announced that it boosted its COVID-19 restrictions, aimed at slowing the spread of new variants, though it stopped short of ordering a full lockdown. And in Italy, the health minister today announced that a state of emergency will be extended until the end of April.