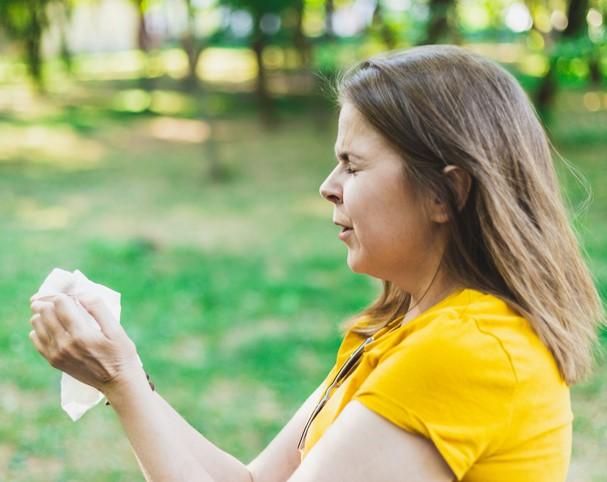 The lack of universal recognition that COVID-19 is transmitted via airborne particles, along with unclear infection-prevention recommendations, have led to a false sense of security that is putting the public at risk—especially amid reopenings of workplaces, schools, and colleges, according to a research letter published today in Clinical Infectious Diseases.

Study authors Lidia Morawska, PhD, MSc, director of the International Laboratory for Air Quality and Health at the World Health Organization (WHO) Collaborating Centre in Brisbane, Australia, and Donald Milton, MD, DrPH, MOH, of the University of Maryland in College Park, said they implore the medical community and policymakers to acknowledge that SARS-CoV-2 can spread through the inhalation of microscopic respiratory droplets within 2 meters (6.6 feet) or close to the infectious person.

Another 237 scientists from around the world signed the research letter, which states that studies have demonstrated "beyond all reasonable doubt" that viruses released during normal breathing, talking, and coughing are small enough to remain airborne and pose an infection risk to others nearby. For example, at usual indoor airspeeds, a 5-micrometer (μm) (0.005-millimeter) particle can travel throughout a typical-sized room, settling from a height of about 1.5 meters (roughly 5 feet) onto the floor.

Lisa Brosseau, ScD, a nationally known expert on respiratory protection and infectious diseases and author of a commentary on COVID-19 transmission published by CIDRAP, said that the airborne route is traditionally defined as inhalation of respiratory pathogens only at a distance from the source. The study authors argue that there is plenty of evidence to indicate that infectious people generate lots of small particles, too, which remain near the source for long periods of time, said Brosseau, who calls this "aerosol transmission."

Brosseau is a research consultant for the University of Minnesota's Center for Infectious Disease Research and Policy, which publishes CIDRAP News.

The authors cited a study of video records of three people infected with COVID-19 at a poorly ventilated Chinese restaurant. The videos showed no direct or indirect contact among the three parties, leading the researchers to conclude that the virus must have spread through the airborne route. And studies of other viruses such as respiratory syncytial virus (RSV) and Middle East respiratory syndrome (MERS) have shown that viruses can be exhaled and/or detected in the air of MERS isolation wards.

"There is every reason to expect that SARS-CoV-2 behaves similarly, and that transmission via airborne microdroplets is an important pathway," they wrote. "Viral RNA associated with droplets smaller than 5 μm has been detected in air, and the virus has been shown to survive equally well, if not better, in aerosols compared to droplets on a surface."

While current guidance from many international and national agencies recommends handwashing, physical distancing, and droplet precautions, most, including the WHO, don't recognize airborne transmission other than through aerosol-generating procedures, such as intubations, conducted in healthcare settings. The authors said they want the organization to redefine airborne transmission to include the inhalation of microscopic respiratory droplets close to the infectious source.

CIDRAP Director Michael Osterholm, PhD, MPH, agrees that the WHO needs to concede that viruses such as COVID-19 can spread via the airborne route. "We are long overdue for the WHO to confront the blind spot it has had for accepting the critical importance of airborne transmission of respiratory pathogens such as influenza and SARS-CoV-2," he said.

Brosseau concurs, saying that the WHO doesn't want to recommend respirators for use in less-developed countries. "I also think it's because their infection control advisors are intransigent when it comes to thinking about inhalation of aerosols close to a source," she said.

The authors said that handwashing and physical distancing are appropriate—but not sufficient—to provide protection against respiratory microdroplets, particularly in poorly ventilated indoor environments such as those that have been at the center of several "superspreading" events.

Noting that the guidance doesn't include the use of face coverings in public, Brosseau said that that is probably because they "will do very little to prevent the spread or stop the inhalation of small particles."

Acknowledging that the evidence is incomplete for all modes of coronavirus spread, including microdroplets, large droplets, and infected surfaces that are the foundation of current guidance, the authors said that the measures they propose offer more benefits than potential risks, even if only partially implemented.

Even such low-cost measures as opening doors and windows can effectively increase air flow in many buildings, the authors said. The American Society of Heating, Ventilating, and Air-Conditioning Engineers and the Federation of European Heating, Ventilation, and Air Conditioning Associations have already issued recommendations for mechanical systems.

"In order to control the pandemic, pending the availability of a vaccine, all routes of transmission must be interrupted," the researchers wrote.