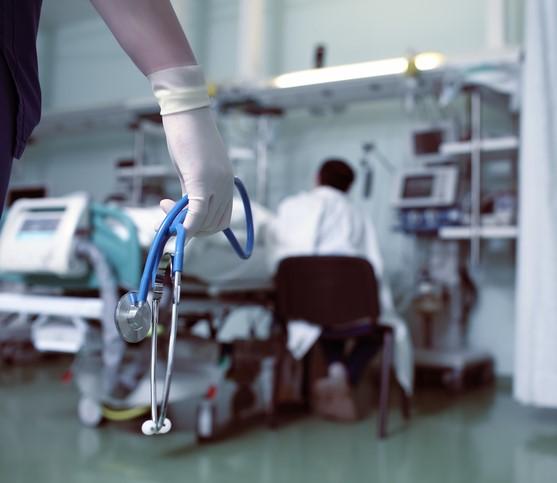 Italy's high rate of death from COVID-19 (7.2%, vs. 2.3% in China) may be explained by the country's relatively high proportion of older people, a different definition of coronavirus-related deaths, and approach to testing strategies, according to a commentary yesterday in JAMA.

In a letter today in The Lancet, a separate group of Italian doctors implored countries to learn from their country's experience and swiftly implement strict infection-control measures.

Meanwhile, an analysis of saliva samples yesterday in The Lancet Infectious Diseases shows that, unlike with SARS (severe acute respiratory syndrome), viral load in patients with COVID-19 was highest at the beginning of their illness, which could account for the fast-spreading nature of the pandemic.

High death rates in those 70 and older

In the JAMA commentary, doctors from the Istituto Superiore di Sanità in Rome said that a combination of Italy's relatively older population (23% are 65 years and older) and the lethality of the coronavirus in this age-group could partly explain its high death rate (7.2%; 1,625 deaths out of 22,512 cases as of Mar 17).

When stratified by age-group, death rates of people 1 to 69 years in Italy and China look similar, "but rates are higher in Italy among individuals aged 70 years or older, and in particular among those aged 80 years or older," the authors wrote. "This difference is difficult to explain."

COVID-19 case distributions are also different, with 37.6% of cases in people 70 years and older in Italy, as opposed to 11.9% in China. Also, 687 of Italy's cases were in people 90 years and older, who have a very high death rate, in this case, 22.7%. China didn't report data on people in this age-group, the authors said.

The doctors noted that a report from the World Health Organization-China Joint Mission on Coronavirus Disease 2019 Mortality on 2,114 of 55,924 coronavirus-related deaths in China reported a death rate of 21.9% in people 80 years and older (compared with 20.2% in this age-group in Italy).

Italy could also have overestimated COVID-19–related deaths because of the different way its officials define it, classifying the death of anyone who tested positive for the disease as related to the coronavirus, regardless of whether they had underlying illnesses that could have independently led to death.

A chart review of 355 COVID-19 patients who died in Italy revealed a high percentage with underlying diseases that could have increased their risk of death independently of the infection, the authors said.

A change in strategy on Feb 25 that limited testing to patients who had severe signs and symptoms also resulted in a 19.3% positive rate (21,157 of 109,170 tested as of Mar 14) and an apparent increase in the death rate—from 3.1% on Feb 24 to 7.2% on Mar 17—because patients with milder illness were no longer tested, the doctors said.

The authors called for continued surveillance and transparency, "with clear reporting of the denominators used to calculate case-fatality rates and the age, sex, and clinical comorbid status of affected persons when comparing COVID-19 case and mortality rates between different countries and regions."

In addition to having the most COVID-19–related deaths in the world, Italy is second only to China in the number of infections.

Italian doctors call for countries to lock down

In the Lancet letter, the authors credited the Italian government's introduction of strict social distancing measures on Mar 9 and 11 for keeping the number of coronavirus cases in that country to 24,747 by Mar 15, down from the 30,000 cases predicted in a Mar 13 analysis in that journal.

On Mar 9, through its official newspaper, the government issued a countrywide prohibition of public gatherings and suspended sporting and other events. Two days later, it tightened restrictions, closing shops selling nonessential products and services.

"We urge all countries to acknowledge the Italian lesson and to immediately adopt very restrictive measures to limit viral diffusion, ensure appropriate health-system response, and reduce mortality, which appears to be higher than previously estimated, with a crude case-fatality rate of almost 4%," they wrote.

"This finding emphasises the importance of stringent infection control and early use of potent antiviral agents, alone or in combination, for high-risk individuals," they wrote, adding that serological assays can augment RT-qPCR in diagnosis.

In a commentary in the same journal, Yu Chen, MD, and Lanjuan Li, MD, PhD, of Zhejiang University in Hangzhou, China, said that high viral loads early in the illness suggests that infected patients may be most contagious during that time and raised the possibility of the development of antiviral resistance.

They also pointed out the importance of using patient-collected saliva from the back of the throat rather than specimens collected through the nose. "Self-collected saliva is much more acceptable to patients and is safer for health-care workers," they wrote. "This study clearly shows the feasibility of using saliva for viral load monitoring."

IgG and IgM fight bacterial and viral infections; IgM is the first antibody the body deploys against a new infection. In the study, levels of both began increasing about 10 days after symptoms began.

Viral RNA was detected in one patient 25 days after symptoms began. The testing detected no viral genome mutations.