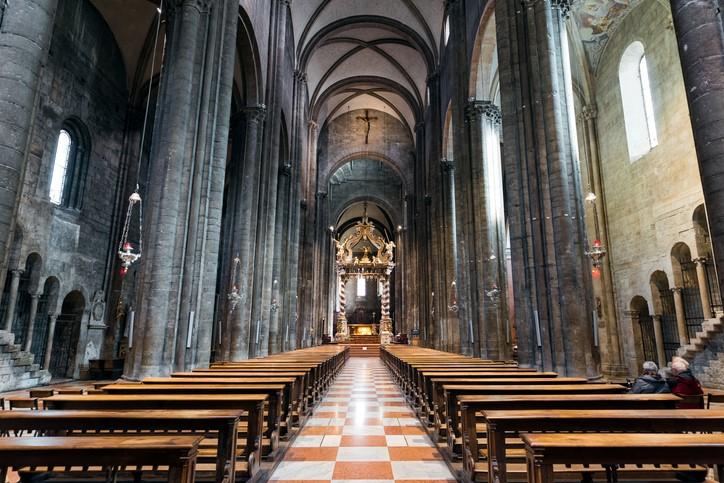 Italy today expanded its COVID-19 lockdown to include the whole country, affecting about 60 million people, as the World Health Organization (WHO) today said the threat of a pandemic from the COVID-19 virus is very real, signaling a tone of increased urgency.

Italy's announcement marks the first time a whole country has been placed on lockdown and comes on the heels of 1,797 new cases today and quickly rising numbers in other European countries. Over the weekend, Italian officials had announced a lockdown for Lombardy region and 14 provinces in other regions.

At a media briefing today, WHO Director-General Tedros Adhanom Ghebreyesus, PhD, said it's troubling that so many countries have been affected so quickly by the novel coronavirus. In stopping just short of calling the epidemic a pandemic, Tedros said the experience of China and other countries show that the virus can be controlled.

He said the WHO has consolidated guidance for four different scenarios. For countries that have no cases, sporadic cases, or limited clusters of cases, the WHO recommends finding each case, then treating and isolating sick people. Tedros said the WHO acknowledges, however, that for countries with community transmission, contact tracing is more challenging. He said those countries should focusing on managing clusters and consider measures such as canceling school or mass gatherings.

"The rule of the game is to never give up," he said.

Mike Ryan, MD, said that, unlike for flu, the WHO doesn't have any criteria for a coronavirus pandemic. And though the WHO isn't afraid of using the word "pandemic," he said officials worry about the global community's reaction to it; that some might be resigned to the virus getting the upper hand. "Some countries have had real success in turning the disease around," he said.

The world is very much in the beginning or the middle of the COVID-19 epidemic, Ryan said. "It's in the hands of us in society. There's a lot we can do to slow it down."

In announcing measures that take effect tomorrow, Italy's Prime Minister Giuseppe Conte told the country in a televised address that travel will be permitted only for work or family emergencies, the BBC reported. He said the quarantine also includes a ban on public gatherings, including sporting events.

The health ministry today reported 1,797 cases, up from 1,492 new infections reported the day before, raising its overall total to 9,172. The country also reported 97 more deaths, lifting its fatality count to 463. The lockdown involving Lombardy, the hardest-hit province, and nearby regions had put about 16 million people in quarantine.

At today's briefing, Ryan said the measures may not do much to help the situation in the crisis zone, but they may help decrease the threat to other parts of Italy, giving officials more time to prepare. He said when China took a similar step in Wuhan, it helped ensure that the country wasn't battling other outbreaks on the scale of Wuhan's.

Ryan was careful to say that the step was reasonable but isn't a guarantee that Italy's other regions won't be faced with similar battles ahead.

Italy has the second-most COVID-19 cases in the world, behind China. On Feb 23—just 15 days ago—the nation had only 132 cases.

Elsewhere in Europe, Germany reported 237 new cases today, raising its total to 1,139, according to totals from the Robert Koch Institute. The country has reported two deaths. The hardest-hit states are North Rhine-Westphalia and Baden-Wurttemberg.

And Spain's capital of Madrid over the past 2 days reported 469 more cases, boosting the country's total to 1,050, Anadolu Agency news reported today, citing the country's health ministry. Health officials have called an emergency meeting, given an epidemic growth rate that is similar to Italy's. France also recently crossed the 1,000-case mark.

Albania reported its first two cases, in a man and his son who had traveled to Italy, Agence France-Presse reported.

In Iran, one of the world's other hot spots, the health ministry today reported 595 new cases and 43 new deaths, raising its respective total to 7,161 cases, 237 of them fatal.

The country has temporarily released 70,000 prisoners from jail to battle the spread of the virus in the facilities, Reuters reported today. Judiciary officials said the prisoner release will continue to the point where it doesn't create security problems, and they didn't specify when the released people would return to jail.

In a related developments, officials are worried about the risk of spread during Nowuz, the Iranian New Year, which begins on Mar 20, a holiday associated with family and vacation travel. Despite travel warnings and restrictions, officials have seen heavy traffic on roads headed to vacation area on the Caspian Sea.

Elsewhere, Qatar today announced that all schools and universities will close to reduce the spread of the virus, Al Jazeera reported. The closure begins on Mar 10 and is in effected until further notice. Yesterday, Qatar announced a temporary ban on travelers from 14 countries, including 6 in the Middle East. Qatar has reported 18 cases, according the latest numbers from the WHO's Eastern Mediterranean regional office (EMRO).

Today on Twitter, WHO's EMRO said it has deployed teams to Bahrain, Iran, Iraq, and Kuwait to support their COVID-19 responses. Behind Iran, Bahrain (109), Iraq (61), and Kuwait (65) have the most cases in the region.

The number of newly reported cases in South Korea declined for a third day in a row, with 248 new cases today, raising its total to 7,382. The Korea Centers for Disease Control and Prevention also reported 1 more death, putting the country's fatality count at 51.

The Philippines today declared a health emergency, which was followed by an announcement of 10 more confirmed cases, raising the country's total to 20, the Straits Times reported. Over the weekend, Health Minister Francisco Duque, MD, warned that transitioning from local to sustained transmission can happen quickly.

In Africa, Nigeria reported its second case, involving a contact of the country's first confirmed case, the country's health ministry said. Africa Centers for Disease Control and Prevention said today that the continent has reported a total to 90 cases in 9 countries.