Models show rising US COVID-19 cases, deaths in months ahead 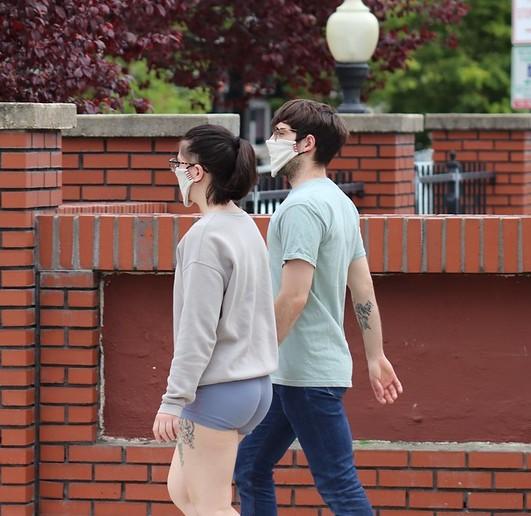 With more than 2 million cases of COVID-19 detected in the United States, public health experts are revising models meant to guide and inform the public on what the next few months of battling the global pandemic will look like.

The model produced by the Institute for Health Metrics and Evaluation, influential among members of the White House coronavirus task force, updated its projection of fatalities due to the novel coronavirus, showing the US death toll could reach 169,890 by Oct 1. That model shows a second wave of fatal infections, with deaths from the virus dropping off in July and August before rising sharply at the end of September and worsening through October and November.

Ashish Jha, MD, MPH, director of the Harvard Global Health Institute, told CNN the country could see another 100,000 deaths before September. Jha predicts not a drop-off but a rise in deaths as states open up and mass protests against racial injustice continue across the country.

He told National Public Radio the United States is now seeing between 20,000 and 25,000 new cases a day, and about 800 to 1,000 people a day are dying from this virus. And though increased testing plays a role in case counts, Jha warned that many of these new cases are indicative of community spread.

Public health experts say that states need to re-emphasize safety measures that can slow the spread of the virus, including washing hands, maintaining a physical distance of at least 6 feet from others, and wearing a facemask.

For the third day in a row, Texas has reported a record number of COVID-19 hospitalizations, with 2,153 people hospitalized with COVID-19 yesterday, up from 2,056 the day before, and 1,935 Monday. The Texas Tribune reports those are the highest numbers since early May. Hospitalizations have also increased 42% since Memorial Day.

Governor Greg Abbott said that although he is concerned about rising cases, he remains confident that every Texan who needs a hospital bed will get one.

In Florida, Palm Beach County cases have spiked in recent days, with1,682 confirmed COVID-19 cases logged in the first 10 days of June, according to the Palm Beach Post. The county is averaging 168 new infections a day, double the average seen in early April. Today the state logged 1,698 cases of COVID-19, making it the largest single-day increase in the state since the pandemic began, USA Today reports.

Scott Gottlieb, MD, the former Food and Drug Administration commissioner, cautioned that the current surge in activity seen in several states, including Florida, Texas, and the Carolinas, is not a second wave of the virus.

"If you look at Texas and Arizona, for example, they really weren’t that hard hit relative to other states during February and March. And so, they just had some infection; they had persistent infection. Now, we're starting to see it go back up as they reopen," Gottlieb said on CNBC’s "Squawk Box" this morning. "They never really got rid of the first wave."

But rising case counts in reopened states are not predictable. Today the Minneapolis Star Tribune reported that, 14 days after mass protests against the killing of George Floyd began, the state has not seen an uptick in virus activity. Minnesota's case count on Wednesday showed 352 new cases, roughly one third of the state's record daily high of 840 new cases reported on May 23—2 days before Floyd was killed in the custody of Minneapolis police.

Minnesota is offering free testing for the next two weeks to anyone who attended a protest, and officials urge any participants to get a COVID-19 test 5 to 7 days after being in a mass gathering.

Adults living in homes for the developmentally disabled are uniquely vulnerable to contracting COVID-19, according to the Associated Press (AP) today. More than 275,000 people with conditions such as Down syndrome, cerebral palsy, and autism live in congregate care homes, which are likely undercounted in terms of COVID-19 cases and deaths, the AP found.

A survey found that at least 5,800 residents in such facilities nationwide have already contracted COVID-19, and more than 680 have died. But those numbers don't include data from some of the country’s biggest states, including California and Texas.

In related news, more than a 20% of the nation's nursing homes reported during the last 2 weeks of May that they had less than a week's supply of masks, gowns, gloves, and hand sanitizer, according to interviews conducted by Kaiser Health News. Nursing home leaders say the federal government has not made good on their promise to provide standard personal protective equipment to nursing home staff.