More than 4,000 US meatpacking workers have COVID-19 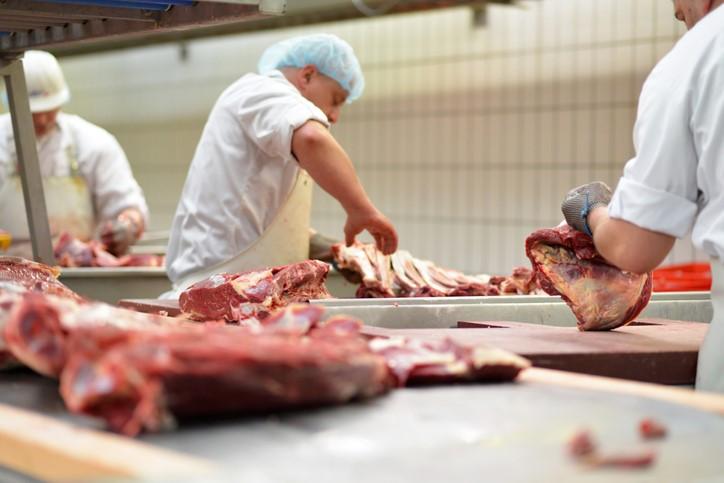 More than 4,913 US workers in 115 meatpacking plants have tested positive for COVID-19, according to a new report compiled by the Centers for Infectious Disease Control and Prevention (CDC). Twenty have died from their illnesses.

The report was published today in Morbidity and Mortality Weekly Report (MMWR), just as news broke that 890 employees at a Tyson pork processing plant in Cass County, Indiana, had tested positive for the novel coronavirus. The plant has voluntarily closed for 2 weeks.

Similar outbreaks have been noted Minnesota, Wisconsin, Iowa, and South Dakota. The outbreaks, along with nursing homes, are some of the biggest single-source COVID-19 clusters in the country.

The CDC said the congregate work conditions in plants, close proximity to other workers, and long shifts, allow for respiratory infections to spread quickly among workers. The CDC recommends a number of corrective measures for plant operators, including keeping employees 6 feet apart, engineering more airflow in plants, and reconfiguring production lines so workers do not face each other.

Earlier this week President Donald Trump said he planned to use the Defense Production Act to mandate meatpacking plants stay open during the coronavirus epidemic, citing them as critical infrastructure.

Half of states begin to reopen amid citizen concerns

One day after federal social distancing guidelines expired, the nation remains divided as more than half of all states begin to reopen economies in some way, while residents in other states say they fear that a quick reopening will cause the virus to surge in their communities.

In Texas, malls are open once again, and Tennessee's stay at home order has expired. Partial openings, or openings with restrictions, began today in Alabama, Idaho, Iowa, Maine, North Dakota, Utah, and Wyoming, according to The New York Times.

But governors in California, Illinois, Massachusetts, and Michigan are extending stay-at-home orders as case counts continue to surge, arguing that they have not met the CDC's first milestone for reopening: A sustained decline in cases for 14 days.

Today armed protesters took to the capitol building in Lansing, Michigan, to protest Governor Gretchen Whitmer's decision to keep most businesses in Michigan shuttered through May 28. Whitmer said she made that decision last night because her state was still seeing hundreds of deaths per day this week. The state's total number of cases stands at 42,356, including 3,866 fatalities.

In California, Governor Gavin Newsom closed beaches yesterday after seeing pictures of crowded sun seekers from last weekend. But according to the Los Angeles Times, the latest polls say most Californians are scared of opening too fast, rather than too slow. The same poll shows 70% of Californians think Newsom is handling the pandemic well.

Governor Andrew Cuomo said today that New York schools will be closed for the remainder of the 2019-2020 academic year. The state has the most COVID-19 cases in the country, with 308,314, including 23,981 deaths.

Cuomo also announced a new plan to increase contact tracers in that state to 17,00, or 30 tracers for every 100,000 citizens. He said, after testing, contact tracing is the biggest key to reopening New York safely.

Neighboring New Jersey recorded a single day high for deaths yesterday, with 460, bringing the state's total number of deaths to 7,228. Governor Phil Murphy said this weekend would be a test for his state to see if doubling rates of hospitalizations continue to slow.

Today the Food and Drug Administration (FDA) issued an emergency use authorization (EUA) for the experimental antiviral, remdesivir. The drug was first tested to fight Ebola infections, but some promising results earlier this week, which showed the drug shortened the duration of COVID-19 symptoms in hospitalized patients, prompted the FDA to allow for the drug to be used in US hospitals in patients with severe disease.

"FDA's emergency authorization of remdesivir, two days after the National Institutes of Health's clinical trial showed promising results, is a significant step forward in battling COVID-19 and another example of the Trump Administration moving as quickly as possible to use science to save lives," said Department of Health and Human Services Secretary Alex Azar in a press statement.

Without any known treatments, the EUA allows the FDA to quickly make legal an experimental treatment during a declared emergency. An EUA does not equal FDA approval.