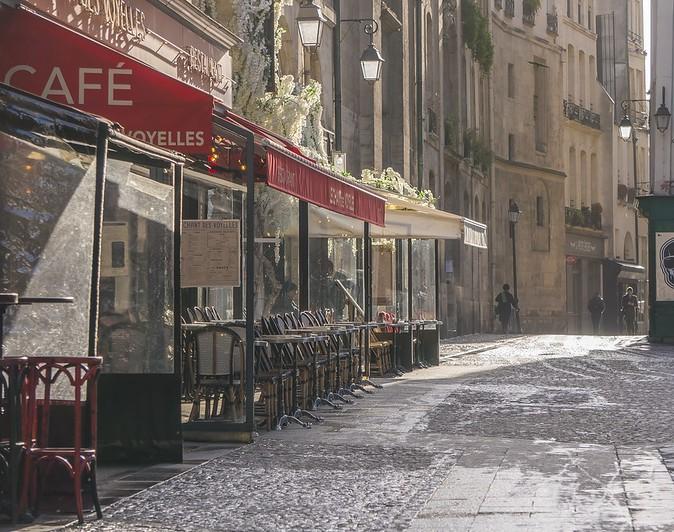 France and Spain—two of Europe's worst-hit countries—announced plans today to ease their COVID-19 lockdowns, which comes as pandemic activity is heating up elsewhere in the world, such as Russia, Latin America, and India and its neighbors.

Today the global total rose to 3,094,829 cases from 185 countries, and at least 215,461 have died from their infections, according to the Johns Hopkins online dashboard.

Spain, which has the world's second-highest number of cases, behind only the United States, and has been under a strict lockdown for about 6 weeks, unveiled a four-part transition plan today, the Washington Post reported.

In an address to the nation, Prime Minister Pedro Sanchez said the plan would evolve over 6 to 8 weeks in most of the country starting May 11. He said the steps focus on the tourism industry, which makes up more than 12% of Spain's gross domestic product. All involve stepped-up protective measures.

In France, which has the world's fourth-highest case total and has been on lockdown since mid-March, Prime Minister Edouard Philippe in a speech to parliament today detailed a plan to relax restrictions, Reuters reported. The plan is paired with a government goal of conducting at least 700,000 tests per week and extensive contact tracing.

Staring May 11, schools will begin reopening with class size limits and masks for secondary students, and businesses can resume operations, though companies are encouraged to offer telecommuting, if possible. People using public transport or taxis must wear masks.

Restaurants, cafes, and beaches will stay closed until at least June, and professional sports remain on hold until the end of August. The timeline is tied to the daily number of new infections remaining under 3,000.

In other European developments, new data from the United Kingdom show that the country may end up with one of the worst death tolls in Europe, Reuters reported. The UK's case total is lower than Spain, Italy, France, and Germany, but with more than 24,000 deaths so far, it has nearly as many as Spain and France.

The analysis from the Office for National Statistics includes death certificates with any mention of COVID-19 for all UK countries. The report includes hospital and community deaths, including those at nursing homes, which have tripled over the past few weeks.

Elsewhere in Europe, Russian President Vladimir Putin today extended the country's lockdown—in effect for about a month—through May 11, Bloomberg News reported. In a videoconference with government officials, he said the country has slowed its epidemic but hasn't reached its peak.

In India, cases are steadily rising, with 1,909 more reported today. A 6-week lockdown is slated to expire this weekend, but government officials are facing calls to keep the restrictions in place, Reuters reported.

Meanwhile, cases are rising in Pakistan, where concerns are growing about gatherings at mosques for Ramadan prayers, despite strict distancing rules. A survey of mosques by a nongovernmental group found rule violations in 194 mosques from 15 cities and towns, including 80% of mosques in Punjab and Islamabad.

In Bangladesh, several garment factories defied a national lockdown and resumed operations on Apr 26 because of company fears of losing orders to other countries and worker's fears of losing their jobs, Agence France-Presse reported. Labor leaders fear that a return to work could trigger a surge of COVID-19 cases.

The country reported 549 new cases, raising its total to 6,462, though the numbers are thought to be an undercount, because Bangladesh has one of the world's lowest testing levels.

Holding the postponed Summer Olympics in Japan in the summer of 2021 will be difficult without a COVID-19 vaccine in place, the head of the country's medical association said today, according to a Voice of America report.

A handful of candidate vaccines are in clinical trials, but experts have warned that establishing safety and effectiveness and scaling up manufacturing could take 12 to 18 months.

Elsewhere in Asia, Singapore's resurgence of cases—much of it linked to outbreaks at foreign worker dorms—is declining, with 528 new cases today, down from 799 yesterday. The health ministry said 511 of the daily total are foreign workers in dormitories and that extensive testing is under way at the facilities, with most of the workers having mild illnesses.

In China, the National Health Commission today reported 6 new cases, the second day with cases in the single digits. Three cases were imported, and three are from Heilongjiang province, an area located on the border with Russia that is one of the country's only hot spots.