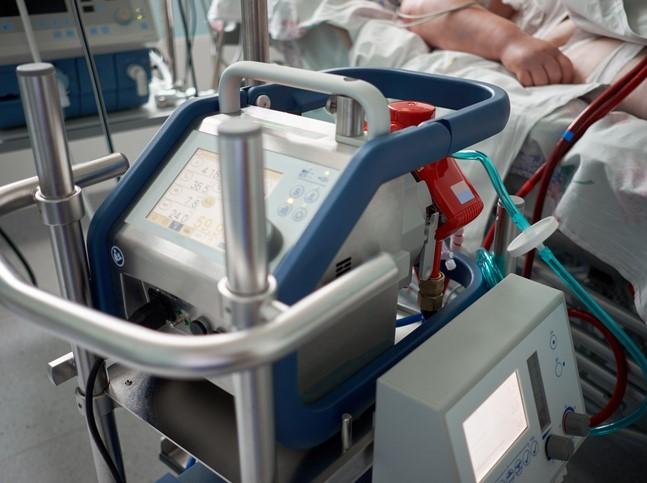 Yesterday was the nation's deadliest day yet in an ongoing battle against COVID-19, with more than 2,600 US fatalities recorded, according to the Johns Hopkins dashboard.

Several hot spots across the country also reported single-day records of deaths due to the novel coronavirus.

Yesterday Louisiana experienced its highest daily total of deaths due to COVID-19, with 129 additional fatalities reported, raising the state's total fatalities to 1,103. The state has recorded 21,951 cases across all 64 parishes, with New Orleans being the hardest-hit area.

On Twitter, Governor John Bel Edwards said that, despite the spike in deaths, the state is seeing some signs virus activity is slowing. "We are seeing positive signs in respect to lower hospitalizations and the number of people on ventilators, but all of these gains can be easily lost if we ignore the stay at home order & social distancing guidelines," he tweeted.

In New York City, the death toll from the virus also jumped after public health officials added probable COVID-19 deaths among residents who died before being tested for the novel virus. The addition of the probable cases and deaths comes after weeks of paramedics and fire fighters noting an increase in people who died in their homes, officials said.

A total of 3,778 probable deaths have been counted toward the city's total, raising the fatality count in the state to 10,834. New York has by far the most cases in the country, with 202,208. Hospitalization rates, however, have flattened in the past week.

Today New York Governor Andrew Cuomo announced on Twitter his state was sending 100 ventilators to Michigan and 50 ventilators to Maryland—a promise of resource sharing he has touted in the past several weeks as he urged governors to work together to contain the virus. Cuomo also announced a new executive order that all New York residents must wear face coverings in public when maintaining a separation of 6 feet from other people is not possible.

"For example," Cuomo tweeted. "If you are riding on public transit where it is impossible to maintain social distancing, or walking on a busy sidewalk, you must wear a face covering like a bandana or a mask.”

Michigan announced today plans to increase COVID-19 testing among those with mild symptoms. In the past weeks, only the hospitalized, healthcare workers, or people in congregate living situations were tested. According to Michigan Public Radio, the move to increase testing will help state officials understand how widely spread the virus is and guide reopening decisions.

Today thousands of people gathered in cars surrounding the Michigan state capitol to protest Governor Gretchen Whitmer's stay-at-home orders, which are set in place through Apr 30. Critics of the orders, which are some of the strictest in the nation, say the restrictions have contributed to some of the worst job loss rates in the country.

The Federal Emergency Management Agency (FEMA) and the Centers for Disease Control and Prevention (CDC) joined forces to draft a reopening policy for the nation, according to the Washington Post, which published the leaked document today.

The 36-page document mentions handwashing and face coverings as part of essential hygiene measures to be taken during phased reopening, and said daycares, K-12 school programs, and summer camps will be among the first community settings to reopen.

The document suggests that any community, city, or region that wants to reopen must first meet four criteria: low incidence of infection, a well-functioning testing and surveillance system, a public health system capable of reacting to a surge in cases, and a hospital system with enough beds and staffing to rapidly respond to a surge in cases.

Reopening is not recommended before May 1, and in some areas may be pushed into June, the document said.

Also, blacks and Hispanics are more concerned they may unknowingly spread the virus to others. Thirty-eight percent of black respondents and 49% of Hispanic respondents said they fear transmitting the virus, compared with 28% of whites.

Twenty-seven percent of black respondents said they personally knew someone who was hospitalized or has died as a result of COVID-19, compared with 13% of both whites and Hispanics.

COVID-19 has disproportionately affected minority groups in cities across the United States, such as Detroit, Chicago, New Orleans, and New York.