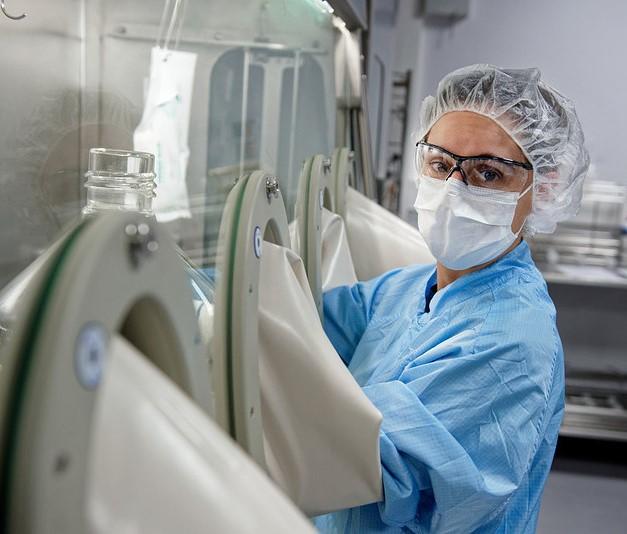 In an effort to bring an effective COVID-19 vaccine to the US market by 2021, the White House launched Operation Warp Speed (OWS) last month and today named five vaccine candidates as the most likely to produce a viable vaccine in a record-breaking timeframe.

The five vaccines include Moderna’s mRNA1273, currently in phase 2 trials; AstraZeneca and Oxford University’s AZD1222, now in clinical trials at multiple UK sites; a candidate from Johnson & Johnson; a Merck vaccine based on that company’s successful Ebola vaccine; and Pfizer and BioNTech's BNT162.

The accelerated programs are funded through $10 billion from Congress and $3 billion directed for National Institutes of Health (NIH) research.

Earlier this week, Anthony Fauci, MD, director of the National Institute of Allergy and Infectious Diseases, said he was confident more than one COVID-19 vaccine would prove effective in a reasonable period of time.

Francis Collins, MD, NIH director, said some vaccine candidates will be ready for large-scale testing as soon as the beginning of July. The phase 3 trials would involve as many as 30,000 volunteers for each candidate vaccine, with half the volunteers receiving a placebo, Collins told National Public Radio.

If successful, this will be the most rapid vaccine development program in history.

For the first time since mid-March, jobless claims fell below 2 million last week, according to Reuters. The unemployment numbers — three times larger than those seen during the 2008 Great Recession — are not rebounding as states continue to reopen in phases after lifting stay-at-home mandates.

According to the New York Times, in states where businesses have been allowed to reopen, workers risk losing their benefits if they refuse to restart their jobs over fear of the coronavirus. Some states, including Alabama, Oklahoma, and South Carolina, have told workers they cannot continue to receive unemployment benefits if they turn down suitable work.

Those fears come as more Americans in May reported concerns with their mental and emotional health. According to the Harris Poll on behalf of Samueli Integrative Health Programs, 46% of Americans said they were struggling with their physical and mental health during the pandemic. Of those polled, one in four Americans report a lack of energy (30%), difficulty sleeping (29%), or exercising less (29%) during the pandemic.

Across the country, states continue to attempt a "return to normal." Tomorrow, Texas Governor Greg Abbott said he will allow the state to enter into its third phase of reopening, which sees all businesses operating at 50% capacity. Restaurants will be allowed to move to 75% capacity on Jun 12.

In announcing his decision, Abbott said the virus is mostly contained to hot spots, including nursing homes, prisons, and food plants.

Texas, like many states, has reopened despite rising case counts. As of yesterday, the state had 68,271 cases and 1,734 deaths.

Florida, which also reopened early among rising numbers of cases saw its biggest single-day case total since mid-April, with 1,317 more cases than the day before. The state has 58,764 confirmed cases, with more than half of all cases concentrated in Miami-Dade, Broward, Palm Beach, and Monroe counties in South Florida.