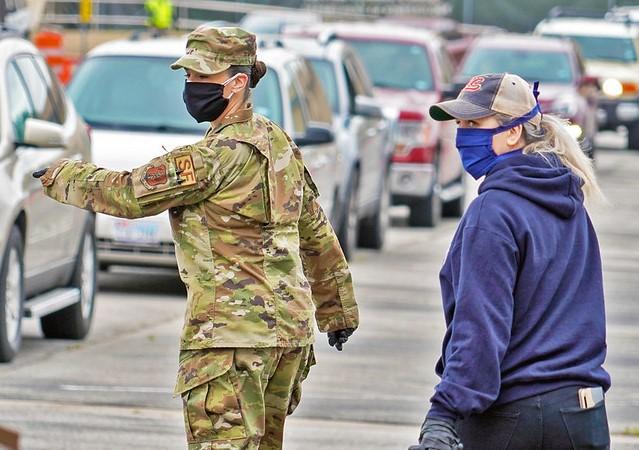 In the past week, 14 states and Puerto Rico have recorded their highest-ever 7-day average of new coronavirus cases since the pandemic began, the Washington Post reports. The increases are being fueled by rural outbreaks in southern and western states, many of which were quick to reopen on or around May 1, when national physical distancing efforts officially ended.

According to the Post, Alaska, Arizona, Arkansas, California, Florida, Kentucky, New Mexico, North Carolina, Mississippi, Oregon, South Carolina, Tennessee, Texas, and Utah have all seen their highest case counts since the start of June. Many of the outbreaks come in towns and communities with fewer than 60,000 residents, a stark contrast to the first wave of the US pandemic, which saw the virus burn through major cities, such as New York, Chicago, and Detroit.

The Texas Tribune says that state's 14-day trend shows a 71% rise in cases, with hot spots in prison and meatpacking plants. State officials said mass testing, especially in prisons, has bumped up case count. Yesterday, 1,935 Texans were hospitalized for the virus, the most recorded in the outbreak.

Today the New York Times reports that mass testing for COVID-19 in nursing home employees is essential for stopping the virus from sweeping the vulnerable communities, but disputes are emerging between insurers, nursing homes, and states when it comes to who foots the bill for frequent testing.

In New York state, nursing home employees are required to be tested for COVID-19 twice weekly. The White House coronavirus task force recommended that nursing home staff be testing weekly. Other states have adopted a patchwork policy to how frequently employees get tested, sometimes based on how often insurers will pay for the test.

Employees say they cannot cover the costs of such frequent testing, as nursing home staff are some of the most underpaid health workers in the country.

President Donald Trump said he will resume campaign rallies in 2 weeks. The rallies, which have been Trump’s favorite way to connect with voters, have been put on hold for months owing to the coronavirus.

But now, in the wake of George Floyd racism and police brutality protests and many states reopening, advisers to the president told Politico Trump is ready to meet his base at the rallies before June ends.

A COVID-19 outbreak on the aircraft carrier the USS Theodore Roosevelt showed that among young, healthy adults, mild or even no coronavirus symptoms could be a common feature of the disease among this demographic, according to a study published today in Morbidity and Mortality Weekly Report.

From January to March, at least 1,000 service members aboard the carrier tested positive for COVID-19. The ship entered port in Guam in April, and the US Navy and Centers for Disease Control and Prevention tested a convenience sample of 382 young adult service members. Sixty percent had reactive antibodies to COVID-19, and 59% of those also had neutralizing antibodies at the time of specimen collection.

The 382 adults also completed a survey on their behaviors during the ship's COVID-19 outbreak. Those who reported taking preventive measures were less likely to get infected than those who did not. Only 55.8% of service members who wore a face mask were infected, versus 80.8% of those who did not. Those who reported practicing physical distancing were also less likely to get sick (54.7% vs 70.0%).

"In this sample of intensely exposed subjects, assessed at a single point in time, results demonstrated that antibodies developed and that, at the time of specimen collection, many of these were neutralizing antibodies," the authors concluded. "This is a promising indicator of immunity, and in several participants, neutralizing antibodies were still detectable >40 days after symptom onset."