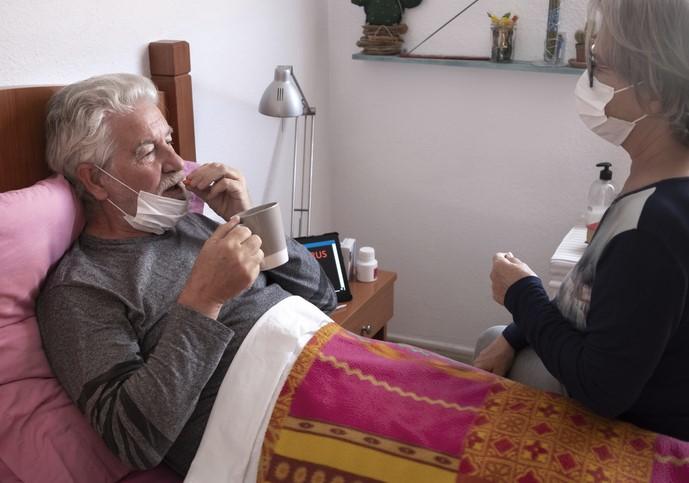 Men are more than twice as likely to die of COVID-19 than women, regardless of age, according to a study today in Frontiers in Public Health.

Also, older men with underlying diseases are more vulnerable than their female counterparts to COVID-19 infection and poor outcomes, a small retrospective study published yesterday in PLOS Pathogens has found.

Researchers in the Frontiers study extracted data from a case series of 43 COVID-19 patients hospitalized in Wuhan, China; a public data set from the first 37 patients who died of the virus and 1,019 survivors in China; and information from 524 SARS (severe acute respiratory syndrome) patients, including 139 who died, in 29 Beijing hospitals in early 2003 to compare the two diseases.

Advanced age and a high number of underlying diseases were linked to more severe disease and death in patients who had either COVID-19 or SARS. In the case series, men tended to have more serious disease than women (P = 0.035), while the public data set revealed that men were 2.4 times more likely than women to die of COVID-19 (70.3% versus 29.7%; P = 0.016).

"While men and women have the same prevalence, men with COVID-19 are more at risk for worse outcomes and death, independent of age," the authors wrote.

Advanced age, underlying illness lead to death in men but not women

In the PLOS Pathogens case series, researchers studied the data of 168 patients with the novel coronavirus admitted consecutively to Tongji Hospital in Wuhan, China, from Jan 16 to Feb 4. Forty-eight (28.6%) of patients were critically ill. Median follow-up was 27 days.

Similar to findings from other studies, lymphopenia, a reduction in levels of lymphocyte cells important in immunity, was found in 112 of 168 patients with severe illness (66.7%). Binary logistic regression analysis showed that patients 80 years and older were more likely to advance to critical illness than those younger than 59 (odds ratio [OR], 10.97; 95% CI, 3.01 to 40.04).

Of male patients, 36.0% had a chronic underlying illness, especially diabetes and cardiovascular and cerebrovascular diseases. After adjusted logistic regression analysis, males with underlying illnesses were more vulnerable to critical illness than those without comorbidities (OR, 3.82; 95% CI, 1.28 to 11.44).

They also noted that their findings are consistent with those of other COVID-19 studies, which have identified sex differences in intensive care unit admission and death. But the authors said that future studies are needed to identify the different pathways and cellular responses between the two sexes.

Men and women differ in both innate and adaptive immune responses, they said. These disparities may be attributed to steroids and X-linked gene activity, which both regulate the immune response to viruses. Sex-specific inflammatory responses, including relatively higher levels of angiotensin converting enzyme 2 (ACE2) in men, or the protective effect of estrogen in women, may also factor into the disparities.

"Sex is an important biological variable that should be considered in the prevention and treatment of COVID-19," they wrote. "The key challenge is how best to use this disparity for providing adequate protection in both males and females."