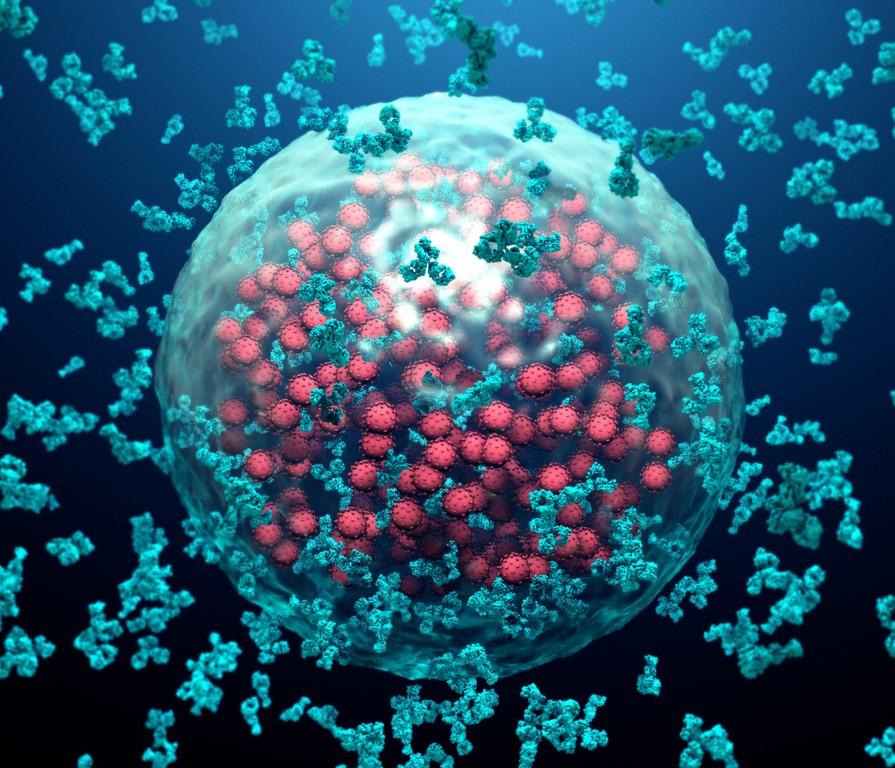 The durability of the immune response to SARS-CoV-2, the virus that causes COVID-19 is critical for understanding community outbreaks and serologic testing data, and to predict the longevity of vaccine protection. Two new studies demonstrate how severity of disease is predictive of longer-lasting antibody production and detail how immunity wanes over time but may exist for up to 7 months.

More than 95% of patients showed seroconversion—the presence of detectable SARS-CoV-2 antibodies—and neutralizing antibodies in samples 8 days after symptom onset, but the magnitude of the neutralizing antibody response appears to depend on disease severity, with lower peak antibody levels in individuals exhibiting milder disease.

The researchers found that SARS-CoV-2 antibody response is typical of other acute viral infections, with an initial peak antibody response followed by declining levels. Immunoglobulin (Ig) A and IgM antibodies approached baseline levels in some patients by 60 days after symptom onset, with IgG remaining high in most patients up to 94 days after onset.

"In some individuals, SARS-CoV-2 infection generates only a transient neutralizing antibody response that rapidly wanes," the authors suggest. In contrast, antibody levels in patients with high initial levels (ID50  > 4,000) declined but remained in the 1,000 to 3,500 range through the end of the study period.

Antibodies up to 7 months after infection

Similar findings emerged from a Portuguese study last week in the European Journal of Immunology that examined antibody levels in more than 500 hospitalized patients, healthcare workers, and volunteers who had recovered from COVID-19. The researchers found that 90% of SARS-CoV-2–positive individuals had detectable antibodies from 40 days up to 7 months post-infection, with higher levels in patients with more severe disease.

The study also identified a rapid increase in antibody levels in the first 3 weeks after symptoms appeared. Although IgA and IgM antibody levels declined over time, the researchers found virus neutralizing activity and detectable IgG antibodies for at least 6 months after SARS-CoV-2 infection.

Men had higher antibody levels in the acute phase, but levels equilibrated between the sexes in the months following infection. No significant age-group differences were identified for antibody production.

"Although we observed a reduction in the levels of antibodies over time, the results of our neutralizing assays have shown a robust neutralisation activity for up to the seventh month post-infection in a large proportion of previously virus-positive screened subjects," explained lead author Marc Veldhoen, PhD, in an Instituto de Medicina Molecular, Lisbon, news release.

Most people infected with SARS-CoV-2 will have protective immunity against circulating viruses for many months after initial infection, the authors conclude.