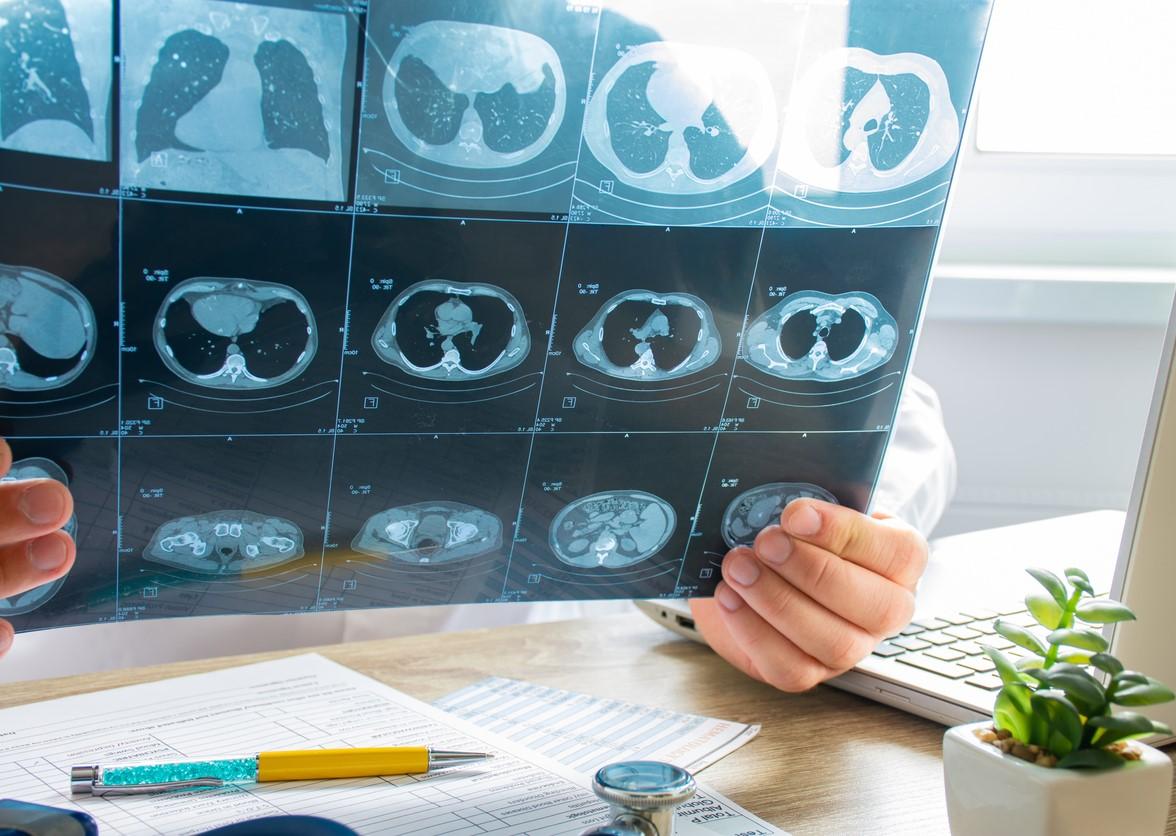 Researchers conducted serial assessments of patients 30 days after they were released from the Fifth Affiliated Hospital of Sun Yat-sen University in Zhuhai, China. They found that, of the 40 non-severe and 17 severe cases, 31 patients (54.4%) still had abnormal findings on chest computed tomography (CT). The rate of abnormalities was much higher in severe (16 or 17, or 94.1%) than in mild illness (15/ 31, 37.5%).

Forty-three (75.4%) of the 57 patients had abnormal pulmonary function tests. The percent of patients who had results less than 80% of predicted values was 10.5% for forced vital capacity (FVC, amount of air forcibly exhaled after taking a deep breath), 8.7% for forced expiratory volume (FEV1, amount of air forcibly expelled in 1 second), 43.8% for FEV1/FVC ratio, 12.3% for  total lung capacity (TLC), and 52.6% for diffusing capacity for carbon monoxide (DLCO) (amount of oxygen traveling from lungs to the blood).

Twenty-six patients (86.7%) had mildly impaired DLCO, while the other 4 (13.3%) had moderate impairment. There was a significant difference in impaired DLCO between the two groups, accounting for 42.5% of patients with mild disease and 75.6% of those with severe illness.

Patients with severe COVID-19 had more DLCO impairment than those with less severe disease (75.6% vs 42.5%, P = 0.019), as well as higher lung total severity scores (TSS) and total airway resistance and significantly lower percentage of predicted TLC and 6-minute walking distance (6MWD). The 6MWD of patients with severe illness was only 88.4% of predicted values, significantly lower than in those with mild illness.

Most patients in the severe group (70.6%) were men and were older than patients with milder disease. No significant correlation between TSS and pulmonary function was evident at follow-up.

Mean ratio of partial pressure of oxygen (Pa02) to fraction of inspired oxygen (FiO2) was significantly lower in patients with milder illness than in those with severe disease. Pa02 reflects how well oxygen is able to travel from the lungs to the blood, while FiO2 is the percentage of oxygen inhaled.

Twenty-one patients (36.8%) had underlying illnesses, the most common of which were high blood pressure (11 patients), diabetes (4), cancer (3), and cardiovascular disease (3). All these conditions were either believed cured or well controlled at testing. None of the patients had a chronic respiratory disease.

The authors said they were surprised that the lung total severity score was not significantly correlated with FEV1, FVC, or DLCO, meaning that impaired lung function did not necessarily reflect severity of illness or changes on CT.

"We speculate that it was because most severe patients used glucocorticoid during hospitalization, suggesting that corticosteroids may improve the prognosis of patients with COVID-19," they wrote, cautioning that small sample size and selection bias may have affected the results. Corticosteroids are given to reduce inflammation.

The researchers called for future studies to include longer follow-up and exercise cardiopulmonary function testing.