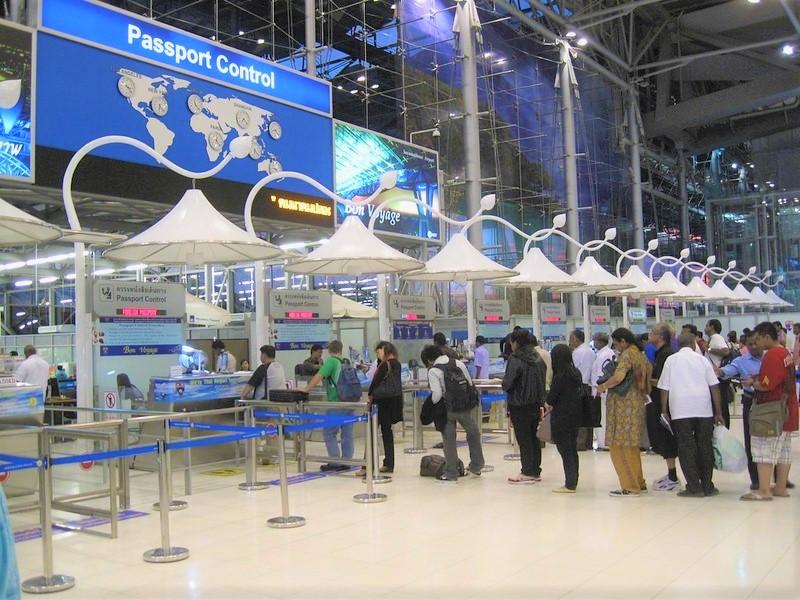 The first novel coronavirus (nCoV) infection has been detected outside of China, in a woman who traveled from Wuhan to Thailand, a development that the World Health Organization (WHO) said isn't surprising but has triggered discussions about convening an emergency committee.

The new twist in the outbreak is the latest in quickly evolving developments, which over the weekend included an update from Wuhan health officials that scaled back the number of illnesses from 59 to 41 and noted the first death.

Also, Chinese researchers from Fudan University in Shanghai publicly posted the first genetic sequence, which appeared at Virological.org. Since then, five more sequences have been posted, this time to the Global Initiative on Sharing All Influenza Data (GISAID) portal. Three are from the Chinese Centers for Disease Control and Prevention (China CDC), one is from the Chinese Academy of Medical Sciences, and one is from Jinyintan Hospital in Wuhan.

Viral control during an outbreak

Matthew Frieman, PhD, a coronavirus expert who is associate professor of microbiology and immunology at the University of Maryland School of Medicine, said the identification of the case in Thailand shows that control of a virus during an outbreak is very difficult and that tracking people associated with Wuhan and the market is critical for determining the likely spread of the virus.

"I applaud the Thailand authorities for catching this case and for their vigilant monitoring of passengers coming into the country," he said.

Though the case was flagged in Thailand, there are countless people who came in contact with an infected animal or person, he said, noting that the detection shows that countries need rapid and open dialogue to limit the spread of this outbreak.

"Viruses find a way to spread. Whether it is this virus or the next, humans can transmit these viruses around the world very fast and very easily," Frieman said. "Since we don't know what the next virus will be or if this virus will spread further, therapeutics that work across a wide range of viruses are required to protect us in the future."

So far, none of the official or media reports has said if the patient had a connection to the Wuhan market at the center of the investigation or any exposure to a patient infected with the virus. The WHO said in a press release today that Thai health officials identified the infection on Jan 8, and the patient was hospitalized that day and was recovering from the illness.

A Bangkok Post news report today said the patient is a 61-year-old woman, and a statement from the WHO's Western Pacific regional office (WHO WPRO) said the patient is a Chinese national who had a fever on arrival at Suvarnabhumi airport on Jan 8. After referral to a government hospital, mild pneumonia was diagnosed, and subsequent lab testing confirmed that nCoV was the cause.

The WHO said Thailand's labs have the capacity to do complex genetic analyses to confirm the diagnosis.

Anutin Charnvirakul, Thailand's public health minister, said in the Post story that the woman currently has no fever or respiratory symptoms and could go home in a few days if she receives medical clearance.

Sixteen people who sat near the woman on the same flight were examined, and all results were negative, he told the Post. Thailand has been screening passengers arriving from Wuhan at four airports since Jan 3. So far, 12 passengers have been quarantined, with 8 treated and discharged from the hospital.

The WHO said the possibility of cases outside of China isn't unexpected and underscores its call for other countries to actively monitor and prepare for the disease. It added that the genetic sequences China shared help more countries rapidly diagnose patients.

Over the weekend, the WHO issued travel and trade advice and posted several interim technical documents, which cover the case definition, laboratory guidance, infection prevention and control, risk communications, a readiness checklist, and a disease commodity package.

Meanwhile, Wuhan's health committee in its latest update yesterday said no new cases or deaths have been reported, keeping the total at 41 nCoV infections, 1 of them fatal, according to a statement translated and posted by FluTrackers, an infectious disease news message board.

The number of contacts under monitoring increased from 739 to 763, and medical observation has been lifted for 46 people.

Seven people have severe infections, and the rest are listed as stable. Six people have been discharged from the hospital.

In its preliminary risk assessment, the US Centers for Disease Control and Prevention (CDC) said there's no public information on the exact source of infection in the Thai patient beyond travel from Wuhan.

There's more to learn about the transmissibility, severity, and other features of the virus, and investigations are under way, the CDC said. "Based on current information, however, the risk from the novel coronavirus 2019 to the American public is deemed to be low at this time. Nevertheless, CDC is taking proactive preparedness precautions."

The agency said it is closely monitoring the situation and has established an incident management structure to optimize domestic and international coordination to the emerging public health threat. It updated its travel watch, which was originally posted on Jan 6. The CDC added that it is also updating the Health Alert Notice that it sent on Jan 8.

The CDC said its labs have the capacity to detect nCoV by sequencing it from clinical specimens and comparing them to the genetic sequence posted in GenBank. It said it is also using the sequence data that China provided to start work on a test to more easily detect the virus. "Currently, testing for this virus must take place at CDC," the agency said.