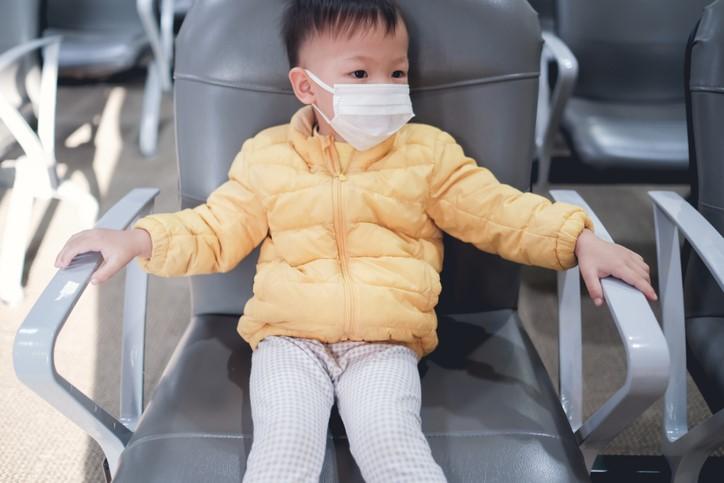 Thailand today reported its second novel coronavirus (2019-nCoV) case in a traveler from Wuhan and health officials from the Chinese city today reported four more cases—part of ongoing activity that prompted the US Centers for Disease Control and Prevention (CDC) to announce that enhanced screening will begin tonight at airports with the highest volumes of Wuhan travelers.

In another key development, the pace of exported cases—three so far this week— and other data from the outbreak means there could be about 1,700 people infected in Wuhan, epidemiologists from London estimated today.

Michael T. Osterholm, PhD, MPH, said the outbreak is at a very complicated stage, as health officials sort through the latest developments and with the source of the outbreak still a mystery. Osterholm is director of the University of Minnesota's Center for Infectious Disease Research and Policy, which publishes CIDRAP News.

He said the travel-related cases are likely the tip of the iceberg, meaning there are probably a number of missed cases, and he noted that the extent of person-to-person spread still isn't clear.

There's no evidence of high numbers of severe cases, he said and the clinical picture for now looks milder than SARS or MERS-CoV, and there is no evidence of super shedders, those who transmit to many contacts, to date.

"We're in a stay-tuned mode. Nothing to panic about," he said.

Thailand's health ministry said 2019-nCoV has been detected in a 74-year-old Chinese woman traveling from Wuhan, based on airport screening on Jan 13, according to a translated statement posted on FluTrackers, an infectious disease news message board. The report didn't give other details, such as how she was likely exposed to the virus.

Thailand is screening travelers from Wuhan at four of its airports, and the new case comes just 4 days after Thai officials announced its first imported case, which involved a 61-year-old tourist from Wuhan who arrived in Bangkok on Jan 8. The woman didn't visit the Wuhan seafood market at the center of outbreak, but did frequent a different market, raising more questions about her exposure to the virus.

In an updated statement today, the WHO had more details about Japan's patient, a Japanese man in his 30s who traveled in late December to Wuhan, where is symptoms began on Jan 3. He did not visit the outbreak market or any other live-animal markets during his stay, but he did report close contact with a person with pneumonia.

He flew back to Japan on Jan 10 and sought medical care the same day, during which he tested negative for flu at a local clinic. When his symptoms worsened, he visited a local hospital on Jan 10, where abnormalities were found on his chest x-ray and samples were collected for testing.

On Jan 15, tests, including genetic sequencing performed twice, showed a very small amount of 2019-nCoV. The patient, who is now fever-free, was released that day from the hospital and is recovering at home.

Japan is tracing the man's contacts in Japan and has an in-house polymerase chain reaction test for 2019-nCoV.

The WHO statement acknowledged the second case from Thailand and said the source of the virus is still under investigation, adding that some of the lab-confirmed patients did not visit the market. More investigation is needed to explore how patients were infected and to answer several other questions, including the possibility that there are subclinical undetected cases, according to the statement.

"It is critical to review all available information to fully understand the extent of transmissibility between people and likelihood of zoonotic spillover," the WHO wrote.

In an update today, Wuhan's health department said 4 more cases have been reported, raising the outbreak total to 45, according to a statement translated and posted by FluTrackers. Their illness onsets range from Jan 5 to Jan 8, and contact tracing and investigations into their illnesses are under way.

Five people have severe infections, and the number of deaths remains at two. Fifteen people have been discharged from the hospital. Of 763 contacts identified, 665 have been released from monitoring. So far no related cases have been found among the close contacts.

At a media briefing today, Nancy Messonnier, MD, who leads the CDC's National Center for Immunization and Respiratory Diseases, said the United States has faced emerging coronavirus threats before with SARS (severe acute respiratory syndrome) and MERS-CoV (Middle East respiratory syndrome coronavirus), and it's crucial to be prepared.

Based on the most current information, the current risk to the public is low, but the CDC has been stepping up its efforts, including an announcement today that it will begin enhanced screening at three airports that have direct or indirect flights from Wuhan, which will affect about 5,000 travelers each week.

CDC is surging more than 100 staff to assist with the enhanced screening. "Entry screening is one part of a layered approach to slow and reduce the spread," Cetron said. "Humility is important. There is much work to be done."

Travelers will be asked about their symptoms and screened for fever. Those who are sick will be triaged, transported, and evaluated at designated medical centers, based on protocols developed during West Africa's 2014-2016 Ebola outbreak.

Though the United States isn't one of the top global destinations for Wuhan travelers, it still receives about 60,000 to 65,000 travelers from the city each year, and January is one of the peak months because of Lunar New Year travel.

Messonnier said health officials expect to see more 2019-nCoV cases pop up around the world as more people look for it. She added that the CDC and other global health groups are in a waiting mode, as Chinese authorities investigate the outbreak and details trickle out. "We don't have the level of detail to confidently say that this virus is behaving in the way that we would expect," she said. For example, the incubation period for 2019-nCoV is currently thought to range anywhere from 2 to 14 days.

The 2019-nCoV outbreak in Wuhan has probably caused substantially more moderate to severe illnesses in the city than has currently been reported, and sustained human-to-human transmission shouldn't be ruled out, researchers from the MRC Center for Global Infectious Disease Analysis at Imperial College London reported today.

They based their estimates on the number of exported cases, what's known about the timing and clinical characteristics of the cases in Wuhan, population data, and travel patterns.

They estimate that there are 1,723 nCoV cases in Wuhan, with the 95% confidence interval ranging from 427 to 4,471. Among their several caveats, they say the estimates don't include asymptomatic or mild cases.

They recommend that officials expand surveillance to all hospitalized pneumonia and severe respiratory disease in the Wuhan area and other connected Chinese cities.

Though transmission routes aren't known, past experience with similar-sized SARS and MERS-CoV outbreaks suggests that sustained transmission shouldn't be ruled out.

Jan 17 WHO update on Japan's case