Trump to return to White House, where COVID-19 continues to spread 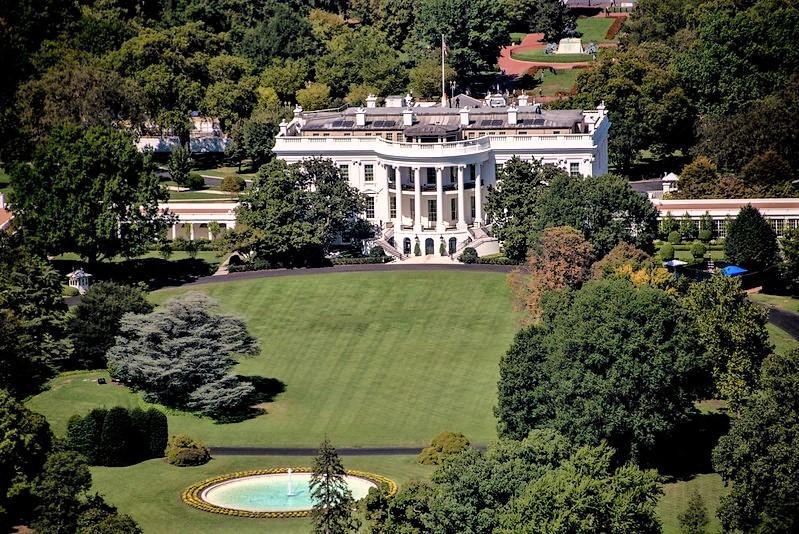 After a weekend of often contradictory messages from President Donald Trump's doctors and staff about his condition following his diagnosis with COVID-19, the president announced today that he will be leaving Walter Reed National Military Medical Center.

"I will be leaving the great Walter Reed Medical Center today at 6:30 P.M.," the president tweeted. "Feeling really good!"

That announcement was followed by a press briefing from White House physician Sean Conley, DO, and other Walter Reed medical staff.

"Though he may not be entirely out of the woods yet, the team and I agree that all our evaluations, and most importantly, his clinical status, support the president's safe return home, where he'll be surrounded by world-class medical care 24-7," Conley said.

Over the weekend, Conley gave two press briefings in which he said President Trump was doing well but also gave indications that the president had been sicker than was previously known. On Saturday, Conley said Trump did not need any supplemental oxygen, but he would not answer questions about whether he had needed it on Friday, when the diagnosis was first announced.

Shortly after the briefing, a White House official told pool reporters that the president's condition had been more serious than Conley stated, and that the next 48 hours would be critical.

Later yesterday, Trump briefly left the hospital and waved to supporters from the presidential motorcade.

More infections in the White House

"After testing negatively consistently, including every day since Thursday, I tested positive for COVID-19 on Monday morning while experiencing no symptoms," McEnany said. "With my recent positive test, I will begin the quarantine process and will continue working on behalf of the American people."

The announcement from McEnany added to concerns about how many more people within the White House and the Trump campaign may have been exposed to the virus in recent days. On Friday, former New Jersey Gov Chris Christie, who earlier in the week had helped President Trump prepare for the first presidential debate, announced that he had tested positive, along with former White House adviser Kellyanne Conway.

Conway and Christie attended the Sep 26 Rose Garden ceremony in which President Trump announced the nomination of Amy Coney Barrett to the Supreme Court. Most of those who attended that ceremony did not wear masks and were sitting close together. Other people who attended the ceremony, including Utah Sen Mike Lee, have also tested positive.

ABC News reported that at least 17 people who have been on the White House grounds or in contact with President Trump have tested positive for the coronavirus.

In other news, the number of new daily coronavirus infections in the United States continues to remain at a stubbornly high plateau of around 40,000 new cases a day. According to the Johns Hopkins COVID-19 dashboard, 26 states saw a greater-than-5% increase in their 7-day moving average of new cases over the past week.

Among the states seeing the biggest increases in new COVID-19 cases are Wisconsin, Montana, and South Dakota.

Cases are also rising again in several neighborhoods in New York City, a trend that prompted New York Gov Andrew Cuomo to announce today at a press conference that public and private schools in nine hot spot ZIP codes in the city will close and switch to all-remote learning starting tomorrow. "We are using the ZIP codes to close those schools tomorrow," Cuomo said.

The nine zip codes in Brooklyn and Queens have reported infection rates above 3% for 7 consecutive days, which has pushed the city's 7-day positivity average to 1.72%. The overall infection rate for the state is 1.01%. On Sunday, New York City Mayor Bill DeBlasio proposed that schools and non-essential businesses in the nine ZIP codes close starting Wednesday. But the governor said that for now only schools would close.

Cuomo warned that while New York is still doing well compared with other states seeing surges, hot spots are also appearing in other parts of the state outside of New York City. "These clusters have to be attacked," Cuomo said.

Also today, the Centers for Diseases Control (CDC) updated its guidelines on how COVID-19 is transmitted.

The new guidelines posted on the CDC website still say that COVID-19 most commonly spreads through close contact, with infections occurring mainly through exposure to respiratory droplets when a person is in close contact with someone who has COVID-19. But they also say that COVID-19 can sometimes be spread by airborne transmission.

"Some infections can be spread by exposure to virus in small droplets and particles that can linger in the air for minutes to hours," the guidelines say. "These viruses may be able to infect people who are further than 6 feet away from the person who is infected or after that person has left the space."

The CDC says that there is evidence that airborne transmissions has occurred within enclosed places that had inadequate ventilation. The updated guidelines encourage people to stay at least 6 feet away from others, wear a mask, avoid crowded indoor spaces, and ensure indoor spaces are properly ventilated.

"In general, being outdoors and in spaces with good ventilation reduces the risk of exposure to infectious respiratory droplets," the guidelines say.

Last month, the agency posted similar guidelines regarding airborne transmission of COVID-19, then quickly pulled them from the CDC website. The agency said at the time that a draft version of the proposed changes had been mistakenly posted on the website before the update process had been completed.