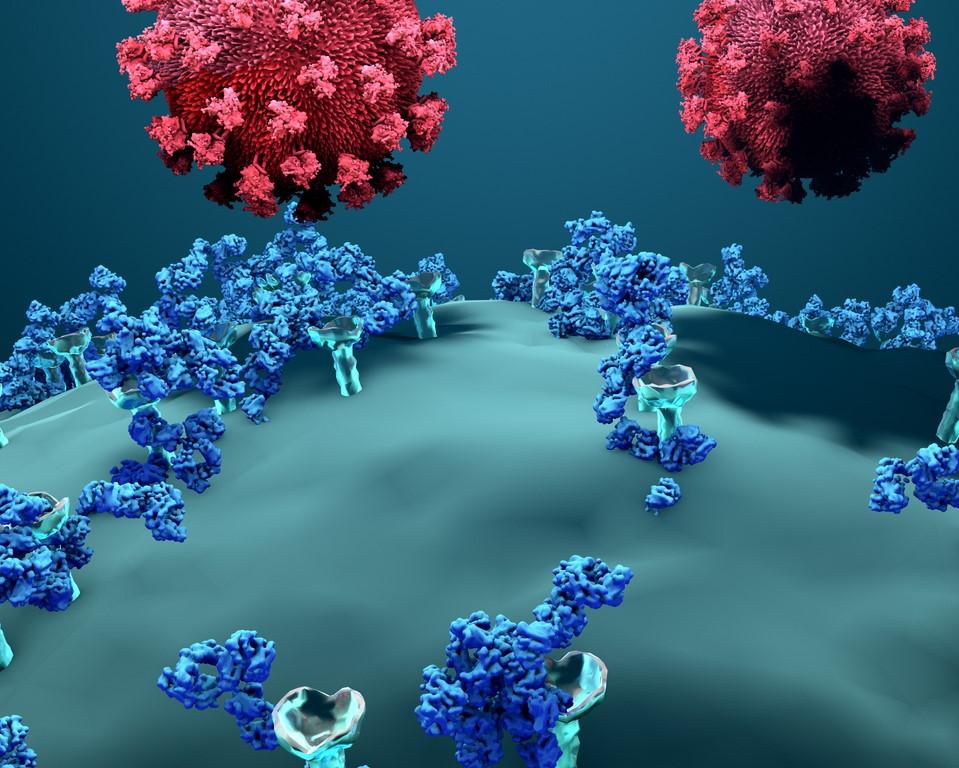 The first study, published in Science Immunology, followed a small cohort of Australians from day 4 to day 242 after infection. All patients demonstrated the presence of memory B cells—immune cells that "remember" viral proteins and can trigger rapid production of antibodies when re-exposed to the virus—as long as 8 months after initial infection.

The second study investigated antibody responses in 58 confirmed COVID-19 patients in South Korea 8 months after asymptomatic or mild SARS-CoV-2 infection, finding high rates of serum antibodies. These results, published in Emerging Infectious Diseases, are contradictory to both the first study's antibody data and previous research that showed antibodies waning after 20 days, but the authors suggest that variations in immunoassay test characteristics and manufacturing may be responsible for the difference.

For the Australian study, researchers obtained blood samples from 25 confirmed COVID-19 patients with a range of disease severities and 36 healthy control patients from March to September, evaluating each patient's antibody status and levels of virus-specific immune cells.

The study authors found that by day 6 post-infection, all patients showed immunoglobulin (Ig) G antibodies for the viral receptor-binding domain—a protein on the viral surface that binds to cell receptors, allowing entry and infection—and the nucleocapsid protein, the protective protein shell of the virus. Patient IgG levels began declining 20 days after symptom onset.

In contrast, the study authors found that memory B cell levels continued to rise up to 150 days post-infection and remained detectable 240 days post-symptom onset, suggesting that patient immune systems were primed to respond to reinfection. Because of their extended presence, the cells may be a better indicator of long-term immune response than serum antibodies, the authors say.

The study results provide hope that vaccines will generate a similar duration of protection, and the authors say cellular immunity may explain why there are few documented cases of reinfection with SARS-CoV-2.

"These results are important because they show, definitively, that patients infected with the COVID-19 virus do in fact retain immunity against the virus and the disease," said senior author Menno van Zelm, PhD, in a Monash University news release yesterday.

"This has been a black cloud hanging over the potential protection that could be provided by any COVID-19 vaccine and gives real hope that, once a vaccine or vaccines are developed, they will provide long-term protection."

Antibodies 8 months after infection in Korea

In the second study, the researchers measured SARS-CoV-2–specific antibodies using four commercial immunoassay tests in isolated patients at a Seoul National University Hospital community treatment center from Mar 5 to Apr 9. Three of the four assays showed high seropositivity rates (69% to 91.4%; P < 0.01), in contrast to yet another earlier study showing that asymptomatic patients become seronegative by 2 to 3 months post-infection.

"Rates differed according to immunoassay methods or manufacturers, thereby explaining differences in rates between the studies," the authors wrote. For instance, they said, a July BMJ study reported chemiluminescent immunoassay tests had 97.8% IgG or IgM sensitivity, whereas enzyme-linked immunosorbent assay tests only had 84.3%.

Virus neutralizing activity—essential for protection from reinfection—was detected in only 53.4% of study participants at 8 months post-infection, considerably lower than the rate of positivity for immunoassays.

"Despite concerns of waning immunity, appropriate immunoassays can detect antibodies against SARS-CoV-2 at 8 months after infection in most asymptomatic or mildly symptomatic persons," the authors concluded.