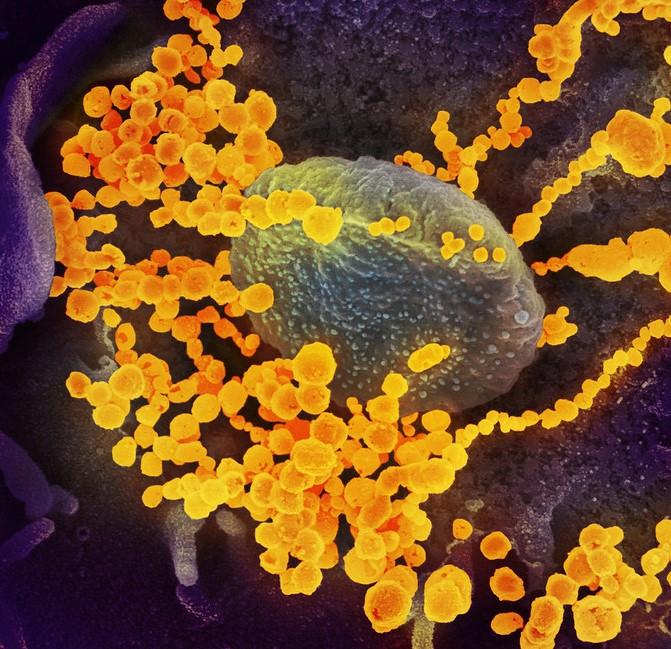 Concern over a mutated, fast-spreading strain of the coronavirus identified recently in England caused travel chaos in the country over the weekend and has prompted several countries to suspend travel to and from the country.

Health officials in the United Kingdom say modeling estimates suggest the variant is up to 70% more transmissible and may be responsible for a rapid increase in COVID-19 cases in South East England in recent weeks. Concern about the spread of the variant led the Prime Minister Boris Johnson to impose tier 4 restrictions—the country's strictest coronavirus measures—in London, the South East, and East of England over the weekend.

The lockdown in London resulted in crowds of people rushing to the city's train stations to leave before the new restrictions went into place yesterday morning. The restrictions make it illegal to leave the city unless for essential travel.

European countries quickly responded to the news, with France, Germany, Italy, the Netherlands, Austria, Belgium, and Ireland among the countries moving to block travel from the United Kingdom. Today, they were joined by dozens of other European countries and nations in Latin America, the Middle East, according to CNN. France also suspended freight transit across the English Channel, leading to the closure of several UK ports.

Johnson and his cabinet members are holding an emergency meeting today to discuss the travel restrictions, and European Union leaders are planning to meet to devise a "common doctrine" for dealing with the threat of the variant, the New York Times reports

Studies of variant under way

At today's COVID-19 media update, World Health Organization (WHO) officials addressed what is known so far about the UK variant, which contains several mutations of the spike protein in SARS-CoV-2 (the virus that causes COVID-19) that were identified through genomic sequencing.

WHO COVID-19 lead Maria Van Kerkhove, PhD, said the variant, identified by UK health officials as the B.1.1.7 lineage, was reported to the WHO on Dec 14 after an epidemiologic investigation by UK scientists of cases in the South East of England. In a statement today, the WHO said 1,108 cases involving the variant have been identified as of Dec 13. Most were in people younger than 60.

Van Kerkhove said UK scientists are currently looking at differences in the variant's ability to transmit, whether it causes more serious disease, and if it affects the antibody response. She explained that the reported increased transmission of the variant is indicated by an observed increase in the reproduction number—the number of people that one infected person can transmit the virus to—from 1.1 to 1.5.

"They're trying to determine how much of that is associated with the variant itself, as well as behavioral differences in individuals that this variant has infected," Van Kerkhove said. She added that UK officials have indicated they don't believe that the variant causes more severe disease and or that it impacts the effectiveness of the COVID-19 vaccine, but that studies are underway to clarify those issues.

"As we speak here today, the scientists in the lab are working on these types of studies…and we expect results from those studies in the coming days and coming weeks," she said.

In a risk assessment published yesterday, the European Centre for Disease Prevention and Control said UK officials began enhanced epidemiologic and virologic investigation after noting a pronounced increase in the 14-day case notification rate in South East England—from 100 cases per 100,000 in early October to 400 cases per 100,000 in December. Sequencing of virus samples in Kent, the area most affected, indicated that the increase was temporally associated with the emergence of the variant in November, a time when the country was in a partial lockdown in the wake of Europe's second surge.

Public Health England (PHE) explained in a statement that backwards tracing suggests the variant emerged in September and then circulated at very low levels until mid-November. And in a report today, PHE said the "Kent cluster" of cases was concentrated in Kent and North East London and was phylogenetically very distinct from the UK dataset.

Mike Ryan, MD, executive director of the WHO's health emergencies program, noted that variants are a normal part of virus evolution and many SARS-CoV-2 variants have emerged in recent months, with some being more successful in establishing themselves than others, but that none so far have proven to be more severe or more adept at evading diagnostics. He also said it was prudent for countries to impose precautionary travel restrictions while they look at the risk assessment around the variant.

Ryan said the most important thing countries can do at this point is continue following proven strategies to reduce coronavirus transmission.

"We need to stop all SARS-CoV-2 transmission," he said. "It's the same rules with this virus [and] any variant of this virus, and we must focus on what we can do, and what we do know, rather than on what we don't know."

Van Kerkhove said Australia, Italy, Iceland, and the Netherlands have each reported a single case of the variant, and Denmark has reported approximately 10. She also noted that a SARS-CoV-2 variant identified in South Africa shares a mutation with the UK variant and emerged around the same time, but is different.