US hits 2.5 million COVID-19 cases as virus surges across country 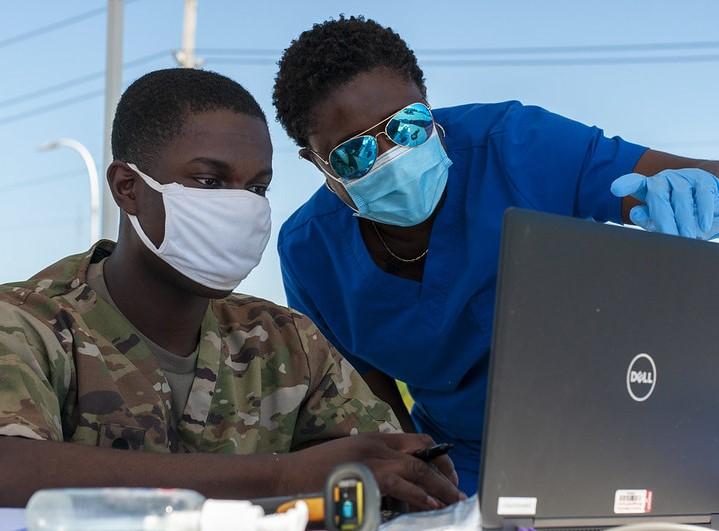 Over the weekend and through today, the novel coronavirus pandemic continued to surge through many states, including Florida, Texas, and Arizona.

In states like California—which has been battling the pandemic since March—increasing case counts led to the closing of bars in select cities. Elsewhere, cities such as Nashville are making masks mandatory. And in at least 12 states, including Washington, Arizona, and Texas, governors have "paused" reopening local economies any further.

On Sunday news shows, health officials and policy experts offered stern warnings on the spread. Department of Health and Human Services (HHS) Director Alex Azar said yesterday on CNN that the US's window for controlling the virus is closing.

"Things are very different from two months ago... So it is a very different situation, but this is a very, very serious situation and the window is closing for us to take action and get this under control," Azar said.

While case counts and hospitalizations have risen across much of the country, mortality rates have not. Scott Gottlieb, MD, the former commissioner of the Food and Drug Administration, said on CNBC he expects death rates to rise in the next 3 to 4 weeks as fatalities occur after a significant lag in case identification.

Gottlieb also said he expected up to half of the US population could be infected by the end of 2020.

In Florida, Governor Ron DeSantis said Floridians aged 18-44 are responsible for the state's recent spike in cases, and cases in young adults make him worry less about an increasing fatality rate. Yesterday Florida tracked more than 8,500 new cases of the virus, and is currently averaging 38 deaths per day, according to the Tampa Bay Times. The state has a total of 141,075 cases.

Though DeSantis said statewide mask requirements are not necessary, some cities, including Tampa and St. Petersburg, have required facial coverings. And several popular beaches in Miami-Dade and Broward counties are closing in anticipation of the Fourth of July weekend.

Today Jacksonville, Florida's largest city and the presumed site of the Republican National Convention in August, said masks will be mandatory in public and indoor locations.

At a visit yesterday to the University of Texas Southwestern Medical Center, Vice President Mike Pence wore a mask and implored others to do so as well in an effort to curb rising cases of the virus. But earlier in the day Pence appeared at First Baptist Church in Dallas, where a 100-person choir of unmasked singers performed.

Today Texas reported its 6th consecutive day of more than 5,000 new COVID-19 cases, according to the Texas Tribune.

Also today, HHS announced an agreement to secure the antiviral drug remdesivir for the United States from Gilead Sciences through September.

According to a press release, HHS has secured more than 500,000 treatment courses of the drug for American hospitals through September. This represents 100% of Gilead's projected production for July and 90% of the company's production in August.  On average, a treatment course for the drug is 6.25 vials.

The announcement comes with the final allocation of Gilead's approximately 120,000 donated treatment courses being shipped to US hospitals.

A study based in a Louisiana correctional and detention facility shows that serial testing of all those exposed to SARS-CoV-2, the virus that causes COVID-19, revealed more cases than testing of symptomatic case contacts. The study was published today in Morbidity and Mortality Weekly Report.

After a prison employee and some inmates tested positive for COVID-19, inmates were quarantined and tested for the virus. Among 98 incarcerated and detained persons who were quarantined because of exposure to the virus, 71 (72%) had laboratory-confirmed SARS-CoV-2 infection identified through serial testing, the authors said. Of those, 45% had no symptoms at the time of testing.

"The high attack rate within these five dormitories and the large proportion of asymptomatic persons with SARS-CoV-2 infection suggest that serial testing of close contacts, including those in congregate settings, should begin immediately after identification of a case to limit further transmission," the authors concluded.