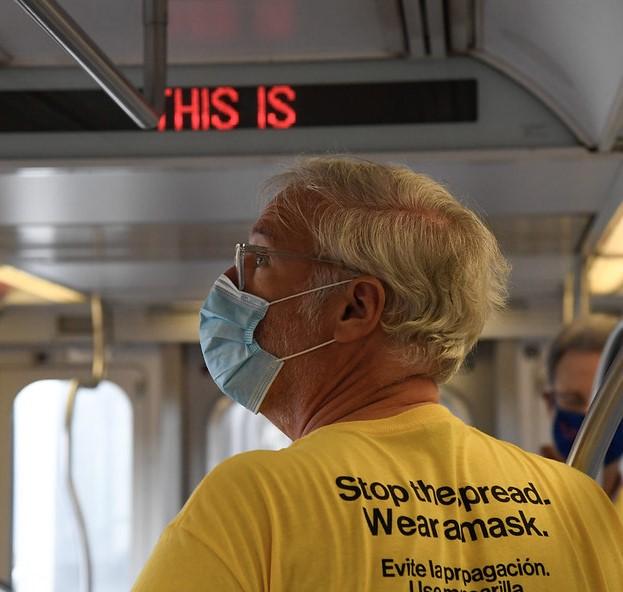 July continues to look like April for the United States, with the death toll for the novel coronavirus reaching more than 1,000 fatalities for the second day in a row as cases continue to surge across much of the South and Western parts of the country.

According to the COVID-19 tracker maintained by Johns Hopkins University, there were 71,695 new cases and 1,195 deaths recorded yesterday, raising the national total to 4,007,859 cases and 143,846 deaths today.

Hospitalization rates continue to follow the increasing case counts. According to the New York Times, rates are now approaching the same numbers seen in mid-April, when New York City was the epicenter of the outbreak. Texas and Florida account for many of the hospitalizations, and to a lesser extent, Las Vegas, Nashville, and Tulsa.

"What started out very much as a southern and western epidemic is starting to move up the East Coast into Tennessee, Arkansas, up into Missouri, up across Colorado, and obviously we're talking about increases now in Baltimore," Birx said, according to a transcript of the call obtained by the Center. "So this is really critical that everybody is following this and making sure they're being aggressive about mitigation efforts."

Parents of color were more likely than white parents to say it is better for schools to open later, and to say that their own child's school lacks the resources it needs to reopen safely.

Despite their hesitancy, most US parents are very worried about school not reopening in the fall. Sixty-seven percent said they worry about their children falling behind socially and emotionally if school doesn't reopen, and 65% worry about falling behind academically. About half worry about losing income if they can’t go to work (51%) or not being able to pay enough attention to their kids if they're working at home (47%).

Eleven of the 15 largest school districts in the country have announced plans to start the 2020-2021 school year either online or with a hybrid of online and distance learning in the face of rising case counts, according to USA Today. Two of the nation’s biggest districts, Atlanta and Dallas, said they are pushing back reopening plans until later in September.

Eleven of the 15 largest U.S. school systems are in communities seeing infections at  more than three times the rate they were in the 2 weeks ending May 1, the newspaper said. And all districts are in worse shape than when they closed in March.

Today in the New England Journal of Medicine, the National Institutes of Health (NIH) announced the new Rapid Acceleration of Diagnostics (RADx) initiative, with the goal of testing 6 million Americans each day for the virus with a low-cost, point-of-care, rapid diagnostic test.

RADx will operate with a "innovation funnel" design, where applications quickly move through multiple stages of review with increasing scrutiny, meaning about 15 to 20% of RADx Tech applications will qualify for additional consideration and review, the NIH said in a press release.

The project is funded with $1.5 billion appropriated by Congress on Apr 24. The NIH said they plan to reach their 6 million tests per day goal by December of this year.