US job losses due to COVID-19 highest since Great Depression 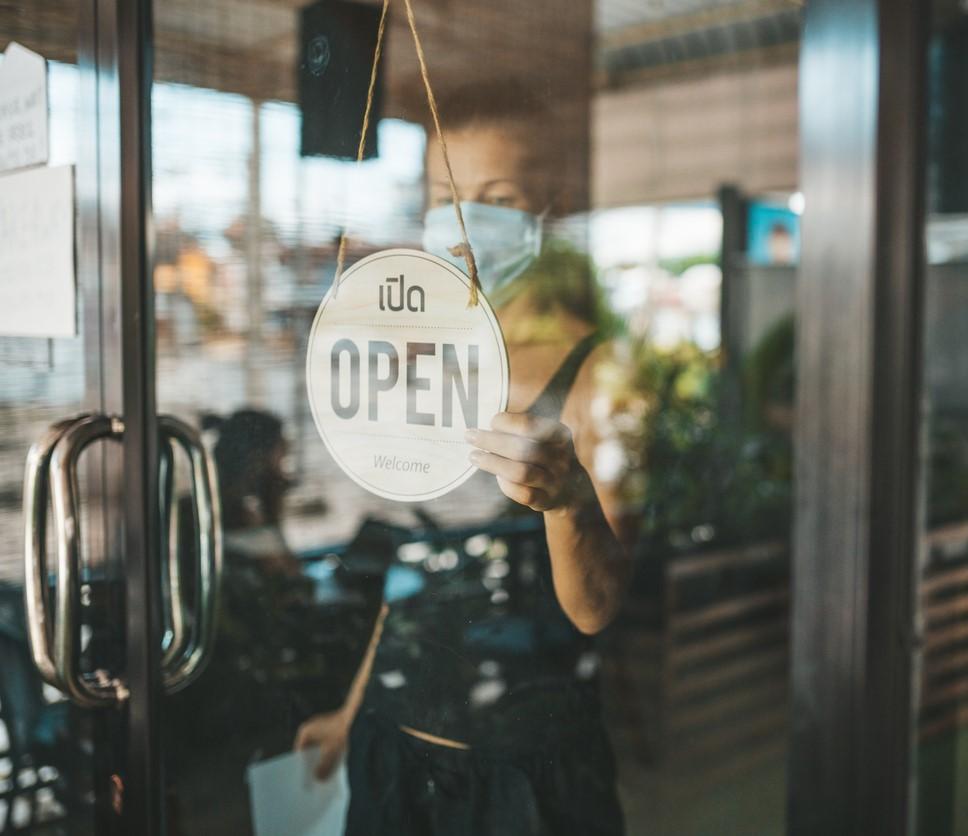 The US jobs report for April brings sobering, if not unexpected news: The country has lost 20.6 million jobs since mid-March, resulting in an unemployment rate of 14.7%, a level not seen since the Great Depression in the 1930s.

The number of jobs lost more than doubles the number seen in the 2007-2009 Great Recession, when 8.7 million Americans lost jobs.

Before the pandemic, the United States marked a 50-year unemployment low in February, with just 3.5% of Americans unemployed.

According to USA Today, of the 20.6 million jobs lost, 18 million are expected to be temporary when the pandemic recedes.

Restaurants, bars, travel, and retails are the hardest-hit sectors. Though 40 states are now in the process of reopening parts of the economy, economists warn recovery is not expected for many months, or even years.

Despite the job news, Americans overwhelmingly say they fear it's too soon to reopen the economy. According to a new ABC News/Ipsos poll, almost two thirds of polled participants say reopening now will result in a higher death toll.

The results of the poll fall along political lines, with 92% of Democrats and only 35% of Republicans opposing an immediate re-opening. Among those polled, 20% said they had recently lost their job because of the pandemic.

The poll also gauged American interest in a vaccine. Twenty-five percent said it was unlikely they would want to be vaccinated against COVID-19, while 74% said they would like to be immunized if and when a safe vaccine is developed.

Another new poll conducted by CNBC/Change Research further illustrates the deep political divide among Republicans and Democrats when it comes to COVID-19. The poll questioned more than 3,000 Americans in six swing states—Arizona, Florida, Michigan, North Carolina, Pennsylvania, and Wisconsin—and found 97% of Democrats said they had significant worries about the virus, compared with only 39% of Republicans.

Despite the polls, which show most Americans still favor physical distancing, a new analysis from USA Today that uses cell phone data shows that in recent weeks more Americans have been on the move, after sheltering in place for the second half of March and the first part of April. Overall, however, US mobility is half of what it was in mid-February.

Kaiser Health News reports that businesses are considering the role of testing. Hotel chains, tech and Internet giants, and manufacturers are among some of the industries considering widespread testing of employees as they return to in-person positions.

New York, Chicago, and Los Angeles are still reporting the most cases of COVID-19 each day, and many other outbreaks across the country are linked to the outbreaks in America's most populated cities, according to the New York Times.

Though cases in Detroit and New Orleans, early hot spots, have dropped in recent weeks, Chicago now reports roughly the same number of cases as New York City each day, with Los Angeles a close third.

One day following the announcement that a personal valet for President Trump had tested positive for COVID-19, Vice President Mike Pence's office announced today one of his top aides also has the virus.

Yesterday President Trump said he and Pence, along with a small number of White House staffers, would be tested regularly for the virus. They use a rapid test that provides results within minutes.

Trump announced today he will also get a COVID-19 antibody test, which will show if the president was previously infected with the virus.

Fewer Americans are bringing their children to the pediatrician for well-child visits and routine immunizations, according to the Centers of Disease Control and Prevention's (CDC's) Morbidity and Mortality Weekly Report (MMWR).

CDC and other US researchers compared data from the Vaccines for Children Program provider order data and CDC's Vaccine Tracking System and Vaccine Safety Datalink vaccine administration data on such visits from January through April 2019 to the same months this year.

Within 1 week of the national declaration of an emergency due to COVID-19 on Mar 13, routine immunization rates dropped. The decrease was most prominent in children over the age of 2.

Since the beginning of the outbreak, the CDC has maintained that well-child and routine immunization visits are essential and should not be skipped.

"The identified declines in routine pediatric vaccine ordering and doses administered might indicate that U.S. children and their communities face increased risks for outbreaks of vaccine-preventable diseases," the authors warned. "As social distancing requirements are relaxed, children who are not protected by vaccines will be more vulnerable to diseases such as measles."