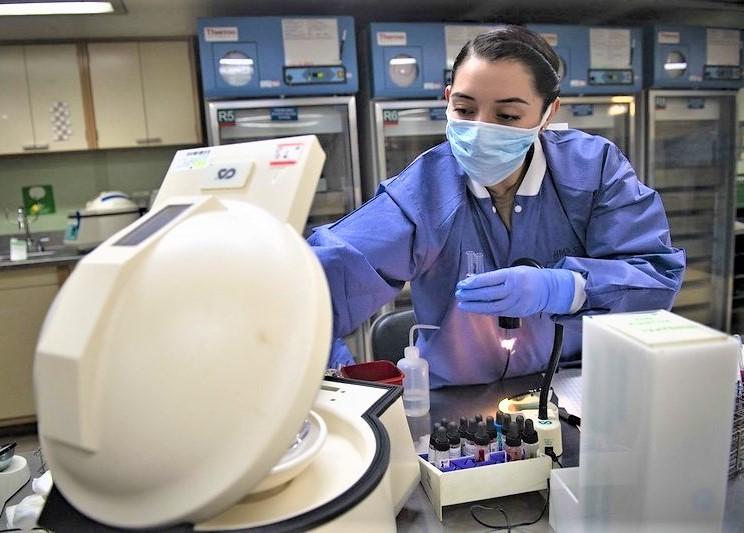 Yesterday was the deadliest day for COVID-19-related fatalities in America, with 1,997 deaths, including at least 779 in New York state, the epicenter of US virus activity. The United States now has 423,135 cases and 14,390 deaths due to the virus.

In New York, a slowing rate of hospitalizations has not yet translated into curbing deaths from the novel coronavirus. Governor Andrew Cuomo said during his daily briefing in Albany that the state has now seen 6,268 COVID-19 deaths, and it surpasses Italy and Spain in confirmed cases, with 149,316.

Illinois also reported its deadliest day yesterday, with 73 deaths tallied across the state. According to the Chicago Tribune, 380 people have now died from the disease in Illinois, which has 13,549 cases.

And the New York Times reported a jail in Cook County, Illinois, now has the most localized infections in the country, with 387 cases—more than the Life Care Center in Washington state, or the number of cases confirmed on the USS Theodore Roosevelt. Both staff and inmates are infected with the virus, and county officials warn that most of the 5,000 inmates have not yet been tested.

Today the Associated Press (AP) said the Centers for Disease Control and Prevention (CDC) will likely release new guidelines about how to return to work after an exposure to COVID-19. According to a source cited by the AP, the guidance will suggest that those exposed to the virus can return to work if they have no signs of illness, test their temperature twice a day, and wear a face mask.

The White House coronavirus task force coordinator, Deborah Birx, MD, appeared on ABC’s "Good Morning America" this morning, and said the task force is actively looking at when and how to reopen society safely. She said she expects the rollout of serology tests within the next 10 to 14 days, which would look for evidence of COVID-19 antibodies in blood samples.

Birx said serology results could help identify who could safely return to work, as antibodies likely confer some protection against the novel coronavirus.

Today the Department of Health and Human Services (HHS) announced  a contract with General Motors, under the Defense Production Act, that will result in the manufacturing of 30,000 ventilators deliverable to the Strategic National Stockpile by the end of August 2020. As many as 6,000 ventilators should be available by Jun 1.

"Invoking the Defense Production Act to secure ventilator production from GM and other companies is a part of President Trump's all-of-America approach to combating the coronavirus," said HHS Secretary Alex Azar.

Today Novavax announced it expects the first human trials of its COVID-19 vaccine candidate, NVX-CoV2373, to launch in mid-May. The nanoparticle vaccine has shown to be highly immunogenic in animal models

Finally today, the CDC published a study in Morbidity and Mortality Weekly Report (MMWR) on two social gatherings in Chicago, a funeral and birthday party held 3 days later, that resulted in a cluster of 16 COVID-19 cases, including 3 fatal cases. The descriptions of the transmission events support current CDC guidelines on physical (social) distancing.

In both events, a single person who later tested positive for the virus introduced COVID-19 in social settings. At the funeral, the introduction included a shared meal and several reported embraces, and the birthday party also involved a 3-hour shared meal.

All 16 cases involved non-household members. The person who was considered the index case-patient at both the funeral and birthday party infected at least 10 people but had only mild respiratory symptoms.

"In this cluster, extended family gatherings, a birthday party, funeral, and church attendance, all of which occurred before major social distancing policies were implemented, might have facilitated transmission of SARS-CoV-2 beyond household contacts into the broader community" the authors, from the CDC and the Chicago Department of Public Health, write.

"These findings support CDC recommendations to avoid gatherings and reinforce the executive order from the governor of Illinois prohibiting all public and private gatherings of any number of persons occurring outside a single household."

In a second study in MMWR, the authors look at data from the COVID-19–Associated Hospitalization Surveillance Network (COVID-NET) to estimate US hospitalization rates. Among 1,482 patients hospitalized with COVID-19 in the country in March, 74.5% were 50 years of age and older, and 54.4% were male.

Older age and co-morbidities, especially heart disease and obesity, are the most likely risk factors for serve COVID-19, the authors said.