US reaches 5 million COVID-19 cases, experts press for bold steps ahead of fall 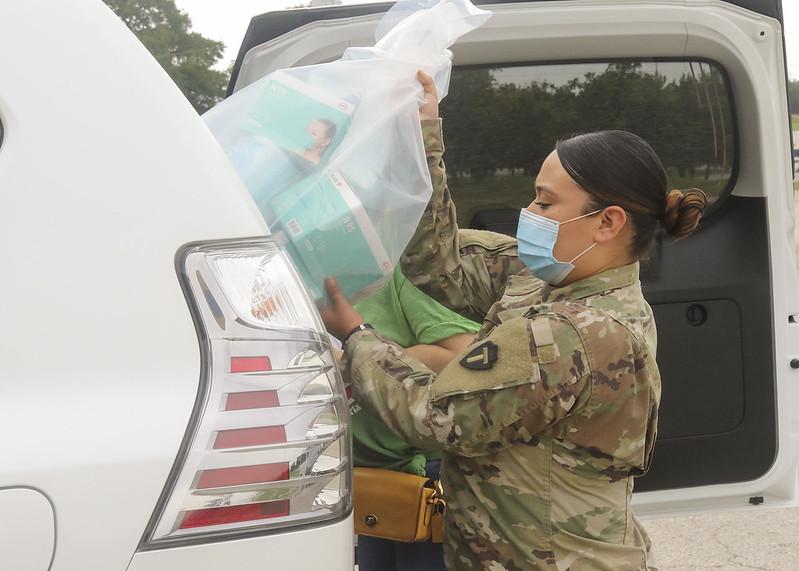 Yesterday the United States reached another grim milestone in its battle with the COVID-19 pandemic: more than 5 million cases, with 1 million of those cases being confirmed in just the past 17 days.

Major outbreaks in Texas, California, Arizona, and Florida fueled the current wave of the pandemic, but hot spots in those states have seen some cooling off. In Texas, hospitalizations dropped to their lowest reported numbers since early July, but the state is still reporting a high death toll, with almost 1,500 deaths reported last week.

Experts warn change is needed before cold and flu season

This weekend in the New York Times, Michael T. Osterholm, PhD, MPH, director of the Center for Infectious Diseases Research and Policy at the University of Minnesota, which publishes CIDRAP News, and Minneapolis Federal Reserve Bank president Neel Kashkari called for a comprehensive and strict lockdown for 6 weeks, which would allow infection rates to drop to 1 case per 100,000 people per day. At that point, schools, businesses, and the November election could all resume more safely in-person.

When most of the country reopened after state-by-state lockdowns at the end of May, the infection rate was still too high compared with European and Asian countries which have more successfully controlled the virus, Osterholm and Kashkari argued.

"The United States recorded its lowest seven-day average since March 31 on May 28, when it was 21,000 cases, or 6.4 new cases per 100,000 people per day. This rate was seven to 10 times higher than the rates in countries that successfully contained their new infections," Osterholm and Kashkari wrote.

Osterholm told CIDRAP News that New York state's ability to squelch transmission to its current level shows that the United States is capable of exerting more control over virus spread. But he warned that the window to do so was short, only 6 to 8 weeks, because increased transmission would likely appear in the fall.

"With high schools, colleges, and universities reopening, and people being indoors, 6 weeks from now could look much, much worse than today," Osterholm said. He said he expected infection rates to spike 2 to 3 weeks after campuses across the country reopen.

Other public health experts warned in an article in Stat News that the coming winter without a vaccine could prove disastrous for Americans unless they tamp down transmission. Leisure activities, restaurants, and the schools that do open will likely close again in the winter when COVID-19, flu, and seasonal colds co-circulate in indoor spaces.

New data from the American Academy of Pediatrics and the Children's Hospital Association shows that more than 97,000 US children tested positive for COVID-19 in the last 2 weeks of July, representing 8.8% of coronavirus infections in the US. In total, 338,982 infections children have been reported since the pandemic began 6 months ago.

The data show children are less likely to suffer severe cases of the virus, with children under 18 representing 0.6% to 3.7% of total reported hospitalizations across the country, and 0% to 0.8% of all recorded COVID-19 deaths.

But reports published in Morbidity and Mortality Weekly Report (MMWR) on Friday show that though the risk for severe disease is low, one in three children hospitalized for the virus in the US will be admitted to the intensive care unit, and weekly hospitalization rates for children are increasing.

In a related report in the MMWR, authors describe the clinical characteristics of multisystem inflammatory syndrome in children (MIS-C), a rare constellation of symptoms in children that appear 2-4 weeks after COVID-19 infection.

MIS-C was characterized predominantly by shock, cardiac dysfunction, abdominal pain, and markedly elevated inflammatory markers, and almost all patients diagnosed with it had positive SARS-CoV-2 test results, the authors write.

"Because the case definition is nonspecific and confirmatory laboratory testing does not exist, it might be difficult to distinguish MIS-C from other conditions with overlapping clinical manifestations such as severe acute COVID-19 and Kawasaki disease," the authors conclude.