US Test to Treat COVID sites a long drive for many 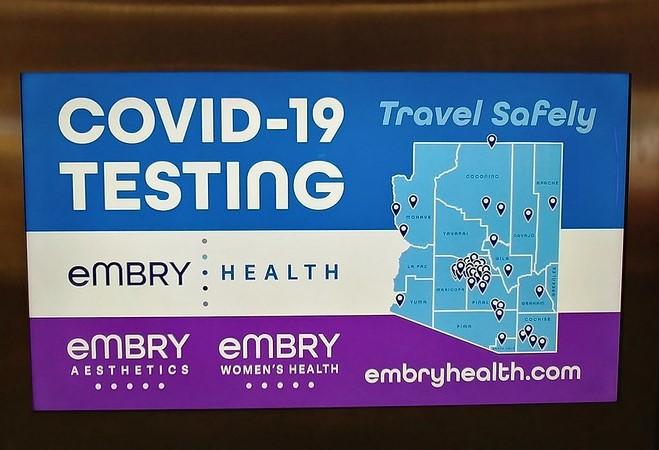 A study today in JAMA Network Open reveals disparities in access to COVID-19 Test to Treat sites—and thus to illness-limiting oral antivirals—with 15% of the US population living more than an hour from the nearest center.

A team led by researchers from Brigham and Women's Hospital and the University of Virginia used HealthData.gov information to identify the locations of 2,227 Test to Treat sites across the United States as of May 4, 2022. They also calculated drive times from the population center of each US Census region to the 10 nearest testing sites.

The Biden administration announced the Test to Treat program in March 2022 to offer a free, one-stop service in which mildly to moderately ill Americans can get tested for COVID-19, talk with a healthcare provider, obtain a prescription for the antivirals nirmatrelvir-ritonavir (Paxlovid) or molnupiravir (Lagevrio), and have the prescription filled.

Timely access to these drugs is a priority because they must be started within 5 days of symptom onset to reduce the risk of hospitalization, the researchers noted.

This is especially important for those "who have key risk factors like elderly age, being unvaccinated or not being up to date on COVID-19 vaccinations, or having one or more high-risk medical conditions," senior author Kathleen McManus, MD, of the University of Virginia, said in a Brigham news release. "Notably, these risk factors are disproportionately prevalent among minoritized and rural communities."

Test to Treat centers were concentrated around metropolitan areas, facilitating shorter drive times for nearby residents. But 15% of the US population (59% of those living in rural areas) faced median drives to the nearest site of more than 1 hour.

A total of 17% of Americans aged 65 years and older, 30% of American Indian/Alaskan Native (AIAN) residents, 17% of White people, and 8% each of Hispanic and Black residents had to drive more than 60 minutes to get tested and treated.

Relative to White people, who lived a median of 13.9 minutes from a testing site, AIAN people had to drive a median of 28.5 minutes. In comparison, Asian Americans had a median 8-minute drive, Hispanic people lived a median of 9.2 minutes away, and Black residents drove about 10 minutes.

The longest drive times were for rural residents, at a median of 69.2 minutes, while urban residents were only 11.0 minutes away. The findings were consistent across all demographic subgroups. Among both urban and rural groups, AIAN people had the longest median drives (13.8 vs 74.9 minutes, respectively).

The study authors noted that rural residents had a median drive to the nearest Test to Treat site that was nearly 58 minutes longer than their urban counterparts.

"American Indian or Alaskan Native populations had longer drive times even after accounting for rurality, suggesting that they are uniquely isolated from antiviral access despite bearing a disproportionate COVID-19 burden," they wrote. "Expanding inclusion of rural and tribal facilities in the Test to Treat initiative may improve access for these populations."

Asian, Black, and Hispanic people lived closer to sites than AIAN residents, but the researchers said that geographic accessibility is not by itself sufficient to ensure equal access to drugs, because factors such as access to transportation may also have a role.

"These populations have been less likely to receive outpatient COVID-19 therapeutics than White individuals despite elevated risk of infection and severe disease," they wrote. "This inequity may be associated with low antiviral dispensing rates in areas with highest social vulnerability."

The authors called for ensuring that federally qualified health centers, safety-net hospitals, and local pharmacies are well represented in the Test to Treat program. They also recommended allocating resources based on equity metrics and community needs and prioritizing a low-tech, high-touch approach with trusted community members conducting in-person outreach.

In the news release, coauthor Utibe Essien, MD, MPH, of the University of Pittsburgh, said that the latest data from the Centers for Disease Control and Prevention confirm that racial disparities in the antiviral treatment of COVID-19 persist despite "well-intentioned policies."

"Our findings, and these continued disparities, show that we have to address long-standing structural barriers to achieving pharmacoequity, including Internet access for telemedicine services, limited transportation, and language barriers," he said.