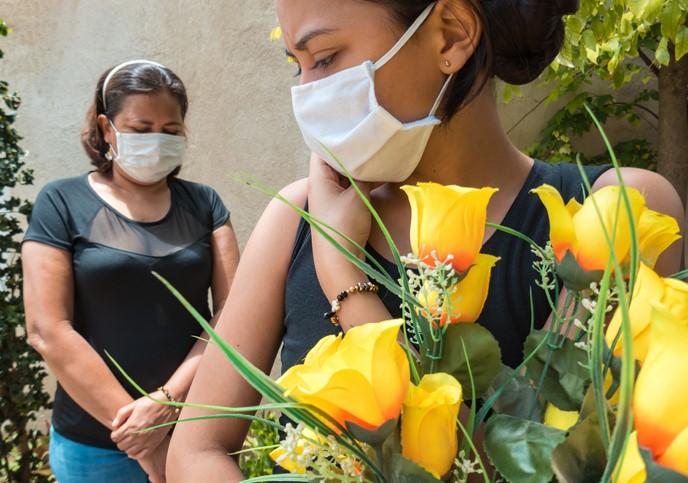 Today the United States hit a grim milestone in its fight against COVID-19, as 150,000 Americans have now died from infection with the novel coronavirus.

According to the Johns Hopkins University tracker, the United States now has 4,398,898 cases, including 150,062 fatalities. To compare, America’s death toll is almost double that of Brazil's, which has the second-most COVID-19 deaths, with 88,539. The United Kingdom has the third most, at 46,046.

The milestone comes as the United States has logged about 1,000 deaths per day over the past week, according to the New York Times. This is the highest average daily death toll since early June.

Though many of the hot spots seem to be stabilizing in daily case counts, deaths have typically trailed case surges by several weeks during the pandemic.

Disease spread from young to old

Today the Washington Post published a story highlighting how young adults in states throughout the Sunbelt, including Texas, Arizona, and Florida, likely contracted the virus in May and June as states began to open and have subsequently spread the virus to older, more at-risk family members.

About 20% of the US population, 64 million people, live in multigenerational homes. The living arrangement is common in ethnically diverse parts of the Sunbelt, where minorities are getting hit hard with the virus. Twenty-seven percent of Hispanics in the United States live in multigenerational households. Young adults aged 20 to 30 are much more likely to have mild or asymptomatic infections, experts say.

Last week, Miami Mayor Francis Suarez urged young people in his city to take COVID-19 risks seriously. "I would tell our residents … that they should consider, particularly if they have a multigenerational household, wearing masks indoors at times … and also respecting social distance when they’re at home," he said.

Racial and ethnic disparities amid the pandemic have continued to surface throughout the United States in the past 5 months. A new poll conducted by West Health and Gallup shows stark differences in concern over the potential cost of COVID-19 care between white and non-white Americans. More than half (58%) of non-white adults said they were concerned about being able to pay for the cost of care if they get COVID-19, compared with 32% of white adults.

As debates rage this summer over how, when, and if to open university and colleges to in-person learning, the New York Times today said campuses have already played host to at least 6,300 cases.

The newspaper got the number from surveying every public 4-year college in the country, as well as every private institution that competes in Division I sports, and every "R1" research institution. Though most of these schools transitioned to online learning in March, summer sessions and campus activities have still fueled small outbreaks.

According to the Wall Street Journal, colleges across the country continue to change reopening plans as the fall semester looms. Many schools that previously said they would resume teaching in person have now announced a pivot to an online start to the 2020-21 academic year.

In related news, the head of the American Teachers Federation, the country’s second-largest teacher’s union, yesterday that it would support "safety strikes" if schools don't implement health precautions as they reopen. The union also adopted a resolution that calls for physical reopenings to take place only in areas where the daily infection rate among those tested is below 5% and the transmission rate is less than 1%.